June 25, 2014, Peachtree City, Ga. – The North American forest industry is at a critical juncture where loggers can choose to embrace new technology or struggle to keep up with those who do.

That was the sentiment provided by Caterpillar Forest Products President Kevin Thieneman during the second day of the company’s D series skidder launch in Peachtree City, Georgia.

Thieneman spoke with members of the Canadian and American forest media following a day in the region that included a live demo of the 525D and 535D Cat skidders as well as a tour of the LaGrange, Georgia production facility where the new skidders are made along with the company’s line of tracked/wheeled harvesters and forest machines.

Telematics has become integral as companies look for ways to get the most out of their machine. That includes finding ways to save fuel, move efficiently throughout the job site and diagnose and fix mechanical issues with as little downtime as possible for the operator.

Loggers who have embraced the technology are already realizing the benefits of using the new technology in the field, but some are still reluctant to embrace it. That group is shrinking every year as loggers see the real benefits of telematics systems in the way that matters most; the bottom line.

In addition to the discussion on telematics, the conversation with Thieneman included additional information on the launch of the D series, including the introduction of the first-ever Tier 4 Final engine technology for a forestry skidder.

For more information on the D series skidder launch, be sure to check out the July/August 2014 edition of Canadian Forest Industries magazine. 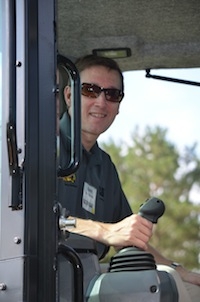