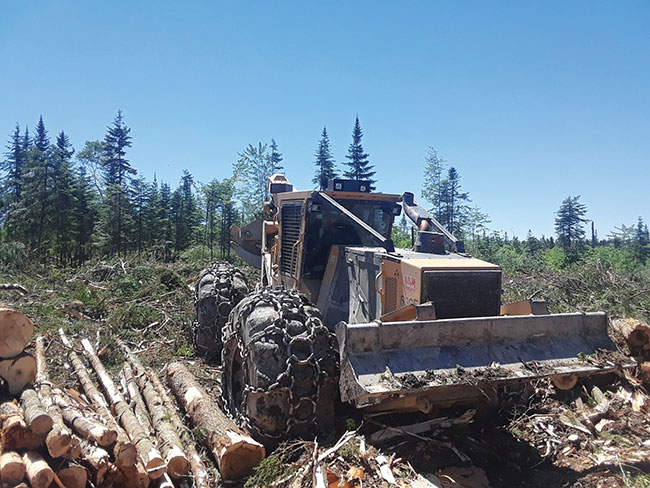 When I last visited Dumas Canada in Saint-Côme-Linière, Que., dozens of tree fellers, de-limbers, skidders, excavators, bulldozers and other machinery jammed the yard. Melting winter snow had forced a month-long halt in operations out in the 60,000 hectares of mixed forests where the family business harvests 160,000 cubic metres of timber (two-thirds by gravel roads) each year for Domtar.

The Dumas garage, on the other hand, was teeming with activity. In one corner, mechanics worked on a disembarked semi-trailer. Others inspected a disassembled old Volvo loader.

“Some of our machines have more than 30,000 hours of use,” Serge Bourque says. “We won’t have much spare time once we head back into the woods in June. We will have to work. The time to fix things is now.”

Bourque, 47-years-old, partnered with his wife, Dominique Dumas, 46, to acquire the company earlier this year. It was a logical progression as Dominque had co-owned the business with her brothers, Daniel and Pierre Dumas, now both in their fifties, since 1995. The two men will support the incoming administration during an unspecified transition period.

“We are probably talking about a few years,” Daniel Dumas says. 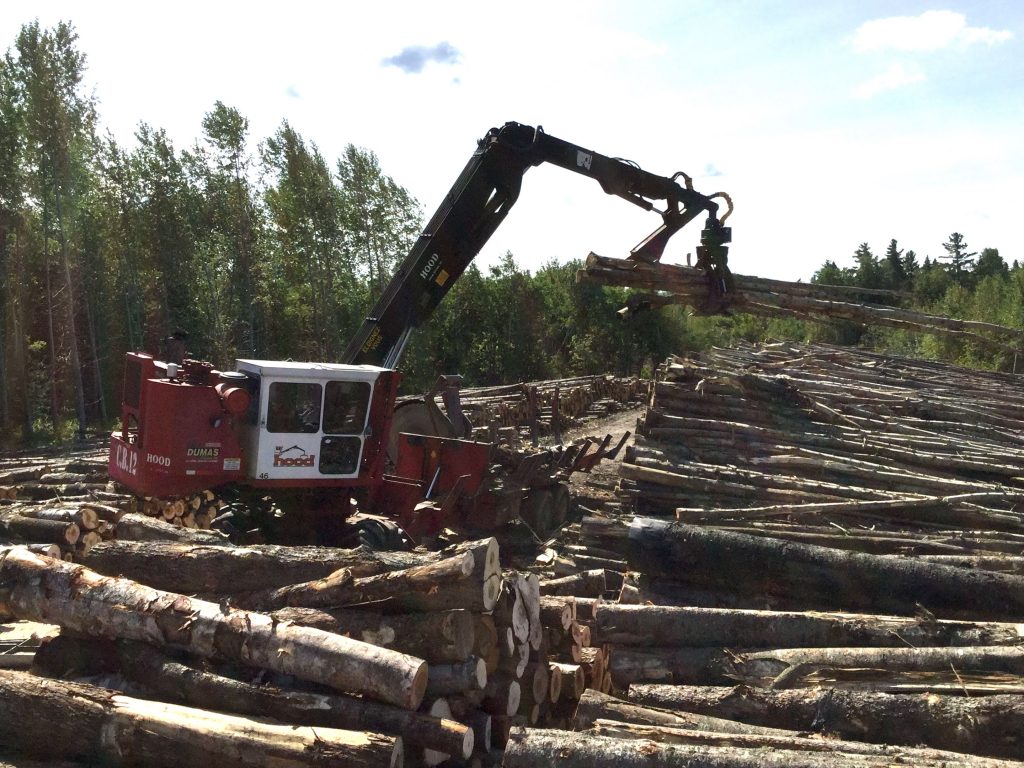 Bourque, who started as a measurer at Dumas Canada 23 years ago, knows the company well, particularly its transportation logistics division, where he also worked.

“Other than tree planting, we take care of everything from work site planning to transportation, roads and forestry technology,” he says. “We are audited every year to ensure that we meet Forest Stewardship Council (FSC) standards.”

Domtar’s plan to modify its pulp and paper mill facility, located in Windsor, Que., so that it can handle wood in various sizes, is also keeping Bourque busy. Eventually, Domtar plans to accept logs up to 24 feet. Fortunately, Dumas Canada is already equipped with chainsaws that can cut hardwood into the appropriate lengths.

“I see the change as a big positive,” Bourque says. “We will have to do some extra cutting. But, from now on we will be able to add value to all of the products that we cut.”

This opening could lead Dumas Canada to purchase a new de-limber, almost certainly from Pro Pac, which is also located in Saint-Côme-Linière.

“They are in our backyard – we would be crazy not to do business there,” Bourque explains. “They make simple and effective products and they are very attentive to our needs.”

The company also recently acquired an 822D track feller buncher and a 630E grapple skidder, both from Tigercat. 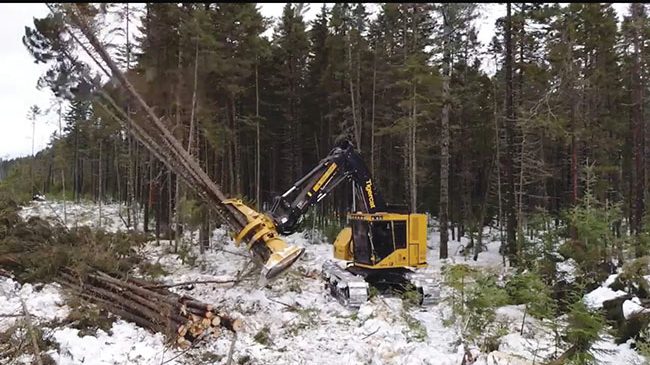 The main challenge for them, however, is on the labour front. Like many businesses, Dumas Canada, which currently employs about 50 people, faces a shortage of skilled workers.

The situation is even more alarming in Beauce, Que., where the unemployment rate is just 2.7 per cent – the lowest in Quebec.

“Our challenges aren’t just in the forest,” Bourque says. “We also have to compete against other companies to attract competent and motivated people. It’s a war of competitiveness, but also of wages and working conditions.”

Of note: Dumas Canada’s machinery operators are part of the Domtar union, as they are also considered Domtar employees.

Despite the good working conditions, potential hires are hardly lining up at the gates.

In the past, three to four people would drop off their resumes each week. But today, that only happens three to four times a year. The meagre pickings highlight the importance of offering workers flexibility and a good work-life balance.

“I am a father of four,” says Bourque. “I know all about work-family balance!”

Dumas Canada started out in Maine. It was founded by Leopold Dumas in the first half of the 20th century and was taken over by his son in 1959.

“Right now, one of my kids is interested,” Bourque says. “If he is ready to take on new challenges, he will have a place.”

After all, the world will always need wood.