Features
‘A Few Good Filers’ – learning to work together

May 1, 2018 - “A Few Good Filers” could be the title of a blockbuster film coming to a sawmill near you! I kid of course, as there is no movie. It is however a phrase that I feel aptly sums up the plight of our trade. There are fewer and fewer good filers left out there, as we transition away from the old guard and usher in a new era of youthful exuberance. 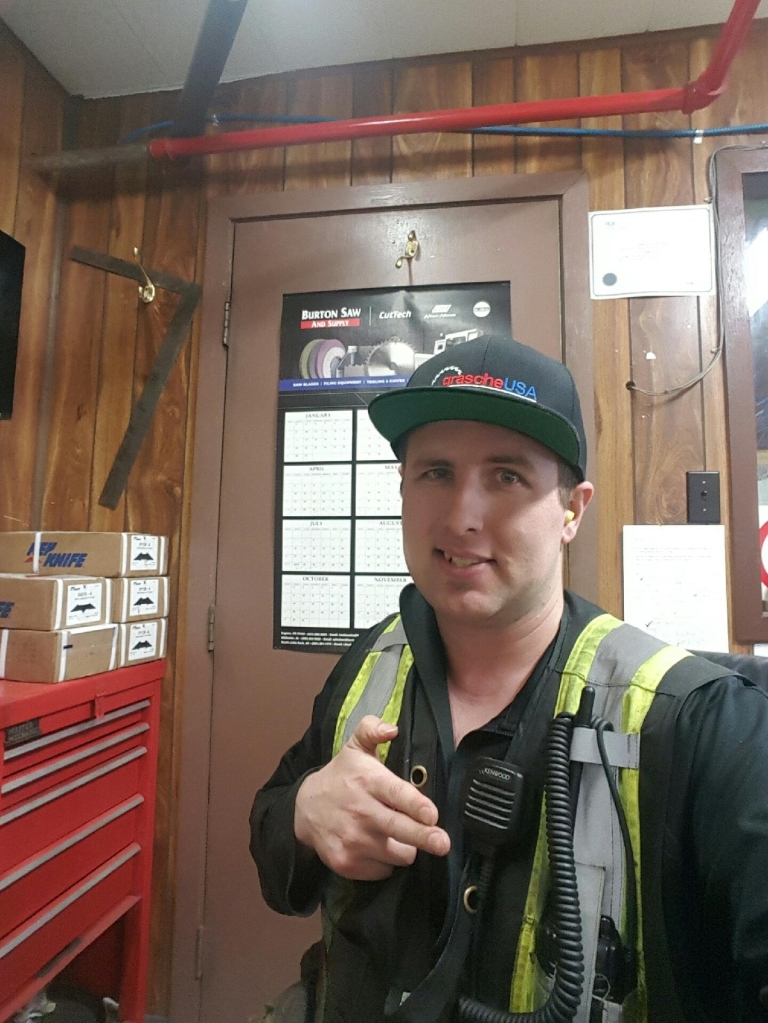 Over the past few years we have had uneven commitment for schooling, limited dollars being spent in the filing room, an aging workforce that is coupled with an increasing demand for faster, cheaper and more accurate. In short, a trade that calls for little to no margin for error in a fast paced, multi-faceted environment. This can be very exciting and rewarding, yet also can cause some to abandon the trade in pursuit of something less hectic. Those that are left need to be resourceful, forward thinking individuals. Persons who are diligent, hardworking and detail oriented. Folks who recognize the big picture of sawmilling. The guys (and gals) who get “why we are here”.

We all develop attachments to the saws we work on, it’s hard not to. You see the same steel every day, and get to learn all its intricacies. It turns into a relationship that is somewhat akin to a sponsor for someone at AA. You pick them up when they falter, and cheer them on when they succeed. So, it is of course very frustrating and somewhat vexing when it may feel as though those around you don’t always display the same care and affection for your handiwork. In my opinion we must recognize that not everyone has the same goal in mind. As a sawfiler, we want to see the same saw run for as long as possible. That’s the job: to maintain the saws. For a production foreman, the objective is the goal he or she has been given: X amount of board feet in a period. Can we fault a person for wanting to achieve an assigned goal?

I guess what I am getting at is that as good filers, we need to take care to be mindful of the objectives of those around us, and not view them as a nuisance or a hinderance. I think I can speak for many sawfilers when I say that our relationship with other trades can be tenuous. It doesn’t need to be that way. Be the leader in building a positive relationship with other trades departments. Blaze the trail in being transparent, honest and open with your trade. If you don’t know the answer to something, that’s OK! Not every filer knows every formula, or every answer to the mill’s troubles. The sooner a person admits that the better off he or she is at starting to answer those questions. Learn to reach out to other filers and other trades. There is no shame in asking for help. The future of saw filing doesn’t have to be limited to “A few good filers” if we set it up to succeed now for later.

I encourage those of you with Facebook accounts to search out some of the resources on there (Saw Filer Discussion Forum to name one). It is sometimes nice to pose questions to filers all around the world, and realize that you’re not the only one going through a tough time, or having to wear different kinds of PPE!

Josh Penner is the head filer for Chetwynd West Fraser in British Columbia and a graduate of the Thompson Rivers University saw trades program in Williams Lake, B.C.


Related
Saw filing 101: Grinding the wheels
Another nail in the sawmill coffin
A cut above: the newest equipment for the filing room
File Week 2019 is approaching!