While covering the 2010 B.C. Truck Loggers Association (TLA) annual convention in Victoria in mid-January, I manoeuvred my way to the back of a full conference room at the city’s convention centre and found a scarce seat at the press table. On deck was B.C.’s Premier Gordon Campbell, who is normally a big draw at these types of events, hence a standing room only press crowd, most of whom filtered in just before Campbell stepped up to the microphone.

Being early to the event, I did manage to snag one of the few seats reserved for media while numerous reporters, photographers and videographers around me all vied for the perfect spot to catch a good quote or sound bite. Sitting next to me was a reporter from Victoria. Not a forestry specialist, but a city beat reporter. After talking with him for a few minutes it was fairly evident that he felt like he had drawn the short straw at his office’s daily assignment meeting, and therefore had to attend yet another political speech – even if it was to hear the leader of Canada’s most westerly province express his opinion. The reporter’s lack of enthusiasm didn’t really surprise me, and to be honest, after listening to Premier Campbell’s speech, I have to say the talk didn’t really deserve much enthusiasm as it was just a rehash of old news – markets in China, biomass, developing building codes that will allow for six-storey wood frame buildings, etc. There was nothing new, just recycled messages from the past and maybe this seasoned reporter sitting next to me had an inkling of what was coming.

What did surprise me was the first thing my new acquaintance said when he found out I was from within the forest industry. “So who would this crowd be?” he inquisitively asked as he surveyed the audience, which was mainly composed of TLA members such as loggers, foresters, and business managers and owners. “Would they be the slashers who rape and pillage the forest?” he added. If he had been at the conference to represent Forest Ethics, the Sierra Club, Greenpeace or any other number of environmental non-government organizations (ENGOs), I could have understood the question, or should I say, “the slam” against our industry.

My first reaction was to put on my forestry public relations hat and resort back to my career roots, which include time with the marketing and communications departments at two of the industry’s big players. I jumped right in and explained to him that Canada has the best forest management practices on the planet and leads the world in attaining third-party sustainable forest management certification, which was enough to address his misconceptions. But later, I thought about it some more and I began to wonder if we as an industry need to work harder on improving our image. I know we have come a long way in this department and I have to give kudos to the many people who work hard to tell our good environmental story, but when a reporter working in a capital city in a province that has an economy that is highly dependent on the forest industry asks this type of question, I have to wonder if there is still room for improvement.

Admittedly, Canada’s forest industry has been plagued with financial issues over the past few years and budgets for education, promotion and public relations have been severely cut at both forest industry companies and the associations and organizations that represent them. In addition, over the past couple of years we have not seen the same level of intensity in the ENGO campaigns against the industry that we experienced a few years back, but we can’t sit still and rest on our laurels and our past public relations programs that present old messages, such as sustainable forest management, carbon sequestration and greenhouse gas reductions attained through building with wood versus concrete or steel. Don’t get me wrong here, these are all good messages and they need to be told, but they are tired. The anti-forestry campaigns will be back in full force at some point, and we need to be more proactive in our messaging. And that need is now, not when we are under attack and forced into a defensive position.

As an industry we need to continue to invest and collaborate in developing and presenting new and stronger messages on our environmental performance and the environmental benefits of using wood products. We’ve got a great story to tell, so let’s continue to build on the work that has been done, and while we are at it, let’s share these messages with our political leaders, providing them with the opportunity to deliver strong and fresh messages on our behalf when they speak to regional, national and international audiences. 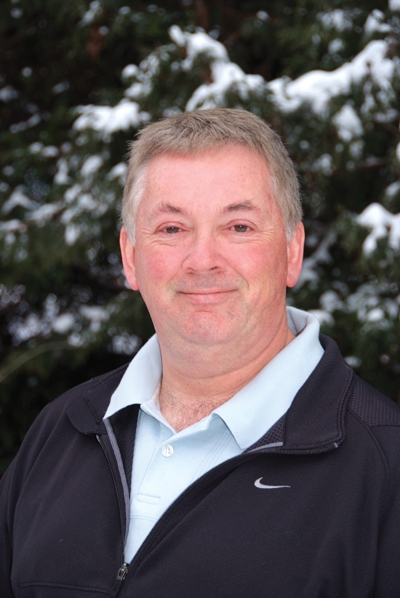