Forest product companies belonging to FPAC and conservation groups have joined forces in a landmark agreement with an ambition, scope and scale unmatched anywhere on the planet. 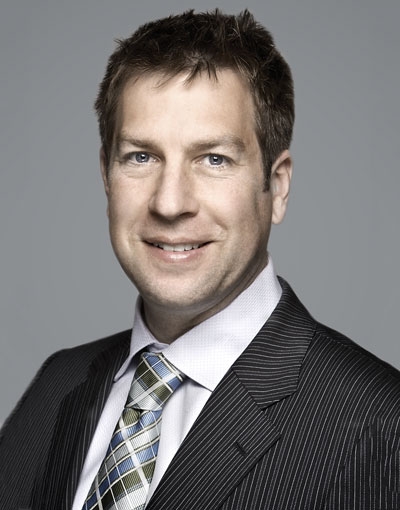 The Canadian Boreal Forest Agreement (CBFA) aims to turn the conflict and confrontation that once characterized the relationship between conservationists and industry into a new paradigm of co-operation and collaboration.

If you were in outer space, you would see a ribbon of forest stretching across the breadth of the country from Yukon to Newfoundland and Labrador. The Canadian boreal forest makes up about a third of the globe’s northern forest. Rich in wilderness, it contains much of the world’s fresh water, provides important ecosystem services, including helping to mitigate the effects of climate change, and provides habitat for tree and animal species that are distinctly Canadian – black spruce, jack pine, moose and caribou. At the same time, Canada’s boreal forest contributes to the economic and social well-being of all Canadians, especially for the millions of residents who live and work in or near this vast expanse, including many Aboriginal communities.

The inherent tension between those environmental and economic imperatives used to result in headline-grabbing hostility, the high-profile environmental campaigns against forest product companies sometimes dubbed “the war of the woods.”

Then a handful of years ago several environmental groups and forest companies belonging to FPAC decided they could accomplish far more together than apart. After the difficult give and take of negotiations, they boldly agreed to the CBFA as a reflection of the desire to find win-win solutions ― for example, protecting threatened species such as woodland caribou while at the same time preserving forestry jobs and providing a competitive market edge for participating companies.

Implementation of the CBFA’s ambitious goals has not been simple or easy. It has taken time to change old cultures, gain trust and grow together. Signatories freely admit that they underestimated the complexities involved both in reaching agreement among themselves as well as addressing the perspectives of a wide range of other important players, including provincial governments, municipalities and aboriginal interests. Still, extraordinary work has already been accomplished.

A win-win solution was negotiated in northeast Ontario to protect caribou while increasing wood supply to support mills and communities. Parties together have together created a methodological framework, informed by independent science, for caribou action planning at the national level―a planning blueprint that is considered the most comprehensive work in this area. Similar work has been done around approaches to protected areas planning, intended as helpful input to government processes.

Recognizing that results on the ground are what will truly be the measure of success, signatories are focused on making progress in jointly identified priority areas across the country: regional groups are active in all boreal provinces, with activity at different stages of development. Work to identify jointly agreed upon, world-leading forest practices, and jointly supported activity in the context of action on climate change are also reflective of the holistic nature of the agreement. Engaging with provincial governments, communities and Aboriginal interests is imperative for the CBFA to be successful.

At the federal level, the CBFA has received much-welcomed support and the resources necessary to advance the ambitious goals of the agreement.

A key ingredient to success is that FPAC companies and signatories from environmental groups and foundations continue to agree on common values and a common goal ―the need to conserve the ecological richness of the boreal forest and the jobs that depend on it. It took bravery on both sides to step out of their expected individual roles and agree to the partnership, and that bravery continues to be inspired by enlightened self-interest. The conservation groups understand the power of the forest industry as partners in pursuing adequate protection of the forest, and the forest sector understands the power of the conservation community in the pursuit of a prosperous forest products industry.
Achieving the goals of the agreement will continue to take patience and hard work. But the ongoing commitment by environmental groups and FPAC companies is steadfast.

The agreement has received global attention as a unique model aimed at problem-solving amid competing interests. The made-in-Canada CBFA is a remarkable undertaking that strives to transform collective will into outcomes that both strengthen long-term economic interests and increase activity related to conservation in Canada’s boreal forest.

Mark Hubert is the vice-president, Environmental Leadership, for the Forest Products Association of Canada