Anyone in Canada who has read a newspaper, surfed the web or watched the television news lately knows the Canadian dollar has once again been taking us on a spirited roller coaster ride. For the most part, the trend for 2009 has been upward, with the loonie making as much as a full cent gain on some days. 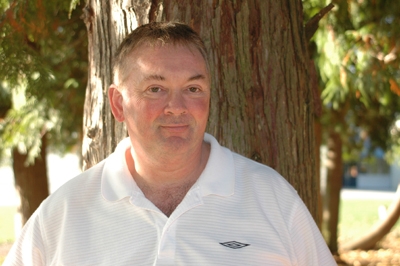 Anyone in Canada who has read a newspaper

If you’re thinking “that’s going to be great for my winter getaway this year,” you may be right, but you may also want to be careful what you wish for. A stronger Canadian dollar will get you a cheap cold one and a lower hotel room bill on check out at a tropical beach resort, make the family trip to a Disney theme park a little more affordable, and save you a couple of bucks on that “must have” U.S. on-line purchase, but what is the true cost to Canadians? If you work in the forest industry, or any export sector for that matter, it could be astronomical.

When the roller coaster was going the other way late last year and the Canadian dollar was dropping in value after hitting par earlier in 2008, PricewaterhouseCoopers’ forestry expert Craig Campbell estimated that “a one cent drop in the value of the Canadian dollar generates $450 million for this country’s forest industry.” He said the lower loonie “was the one bright light at the end of a tough year for the Canadian forestry sector.”

As the loonie takes flight in the upward direction once again, we’re looking at just as a big of a number, but it will of course have a minus sign in front of it. The impact of a higher Canadian dollar was made clear in the latest round of quarterly results released throughout July by Canada’s public forest products companies. Most of the major producers blamed the usual culprits for their losses – poor housing start numbers in the United States, the global recession, and for integrated companies – weak markets for pulp and paper. They also talked about currency woes and although some of the companies that have U.S. dollar denominated debt picked up a few bucks on paper by having loans in now cheaper U.S. greenbacks, it wasn’t enough to soften the blow of a 90 cent plus Canadian dollar on products sold. Vancouver-based Canfor Corporation, one of this country’s largest lumber producers, said the gain they made of over $10 million by having loans in U.S. currency, was one of the items that “masked” the company’s true financial performance. Canfor summed it up when they said, “a decline in lumber unit manufacturing costs and improved lumber prices were mostly offset by lower pulp prices, the stronger Canadian dollar and indefinite closure costs.”

The biggest problem with currency fluctuations is there is no remedy. When it comes to other issues such as lower product prices or decreased demand for products, companies can take measures into their own hands by reducing capacity or cutting costs in other ways, which is what many Canadian forest products producers have already done. Currency values are a whole different story as they are impacted by factors beyond the control of the forest industry and the people working in it. This is especially the case for countries with commodity-based currencies such as Canada.

The Bank of Canada’s recent declaration in July that “the recession is over” is a perfect example of how outside sources can impact the Canadian dollar and our industry. Currency traders took the Bank’s announcement as a sign that things were improving for the country and the dollar shot up, costing Canada’s forest sector much needed revenue. In fact, good news anywhere on the world stage can increase the value of the loonie because during times of trouble, investors seek the “safe haven” of the U.S. dollar, driving that currency upward. When times are more stable, they back off from the greenback, reducing its value against other currencies, including ours. Canada’s oil and mining industries also play a crucial role  in the equation as increased global activity spurs demand for oil and minerals such as copper, which of course increases the value of the Canadian dollar and our commodity heavy S&P/TSX composite.

It’s a complex issue and not for the weak of heart when it comes to speculating which way the Canadian dollar will go. In the meantime, plan that winter vacation in the sun. Just keep your fingers crossed that the Canadian dollar doesn’t go up too much. The relaxation and the vitamin D triggered by the sun’s rays will be good for your health, but when you return home, having a strong and profitable forest industry that benefits from a lower loonie will be good for all of us.