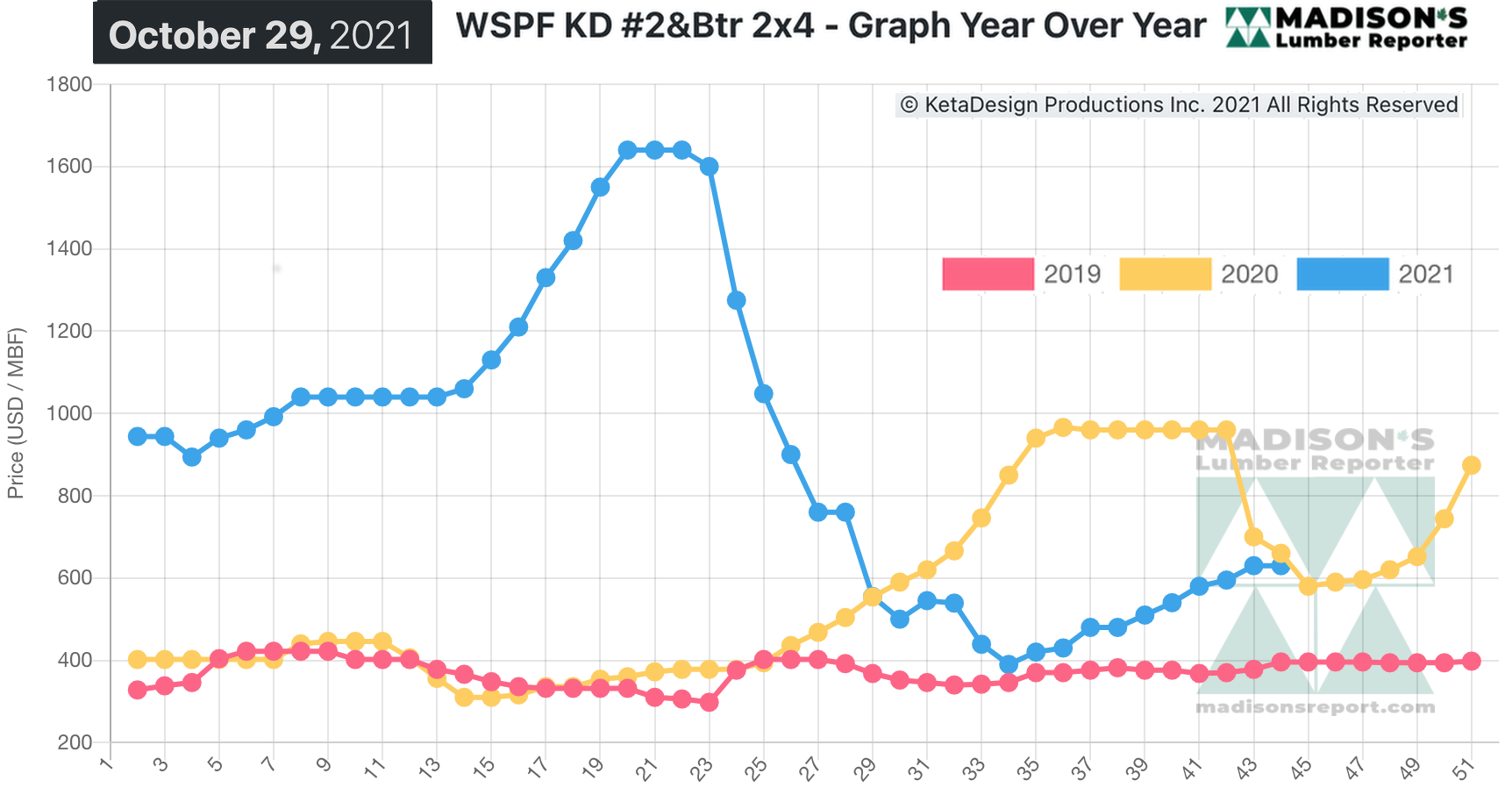 Following the absolute plummet this summer after unsustainable highs in spring, lumber prices have been recovering during September and October, said weekly softwood lumber and panel price guide Madison’s Lumber Reporter. In the week ending October 29, most construction framing dimension lumber prices flattened out, to finish the week at close to the levels of one year ago.

Western S-P-F sawmills in the United States kept asking prices flat for the most part.

“Demand was stable, but weaker than the previous week, as a confluence of factors caused buyers to step back from making purchases.” — Madison’s Lumber Reporter 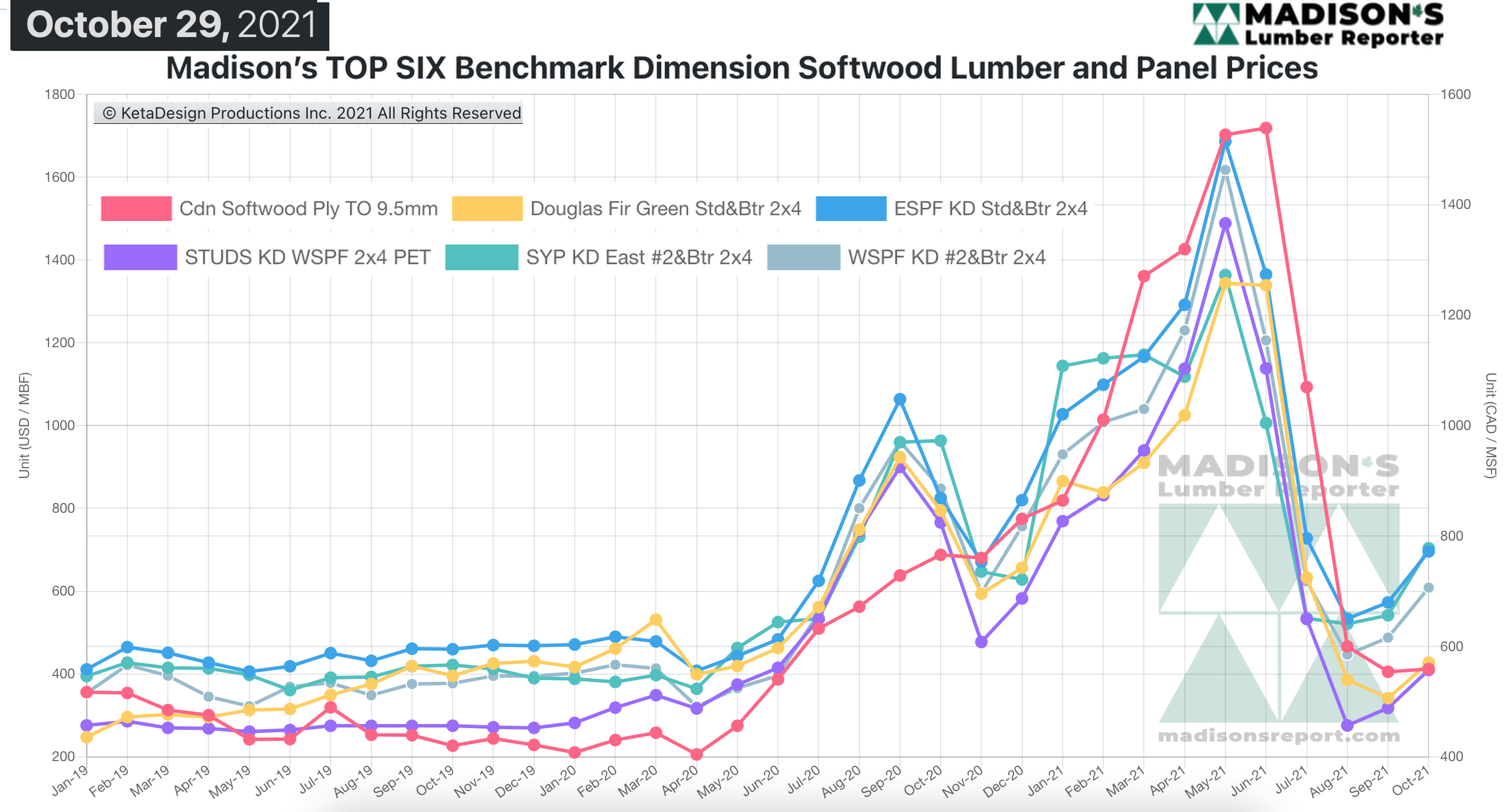 Demand for Western S-P-F lumber and studs in the U.S. waned according to traders. Several key construction markets suffered their first real bout of inclement autumn weather. The earliest shipment available from producers was for November 15th, but transportation troubles added roughly two weeks to that timeline. Four-inch items were again the most sought after and the least available.

As October came to a close, Canadian Western S-P-F sawmills responded to steady demand with mostly even pricing. As order files extended into the last week of November, manufacturers restricted their production volumes due to high log costs. Construction activity in North America was better than usual for the time of year.

“Green Douglas-fir commodities experienced robust demand week according to suppliers. With green still the value species among the hem/fir complex, buyers convinced any of their charges willing to switch from dry to green to do so. Demand for low grades remained hot. Sawmills maintained order files between one and three weeks out, mill- and item-dependent.” — Madison’s Lumber Reporter