May 18, 2018 - Alberta is protecting more than 6.7 million hectares of boreal forest in the northern part of the province. 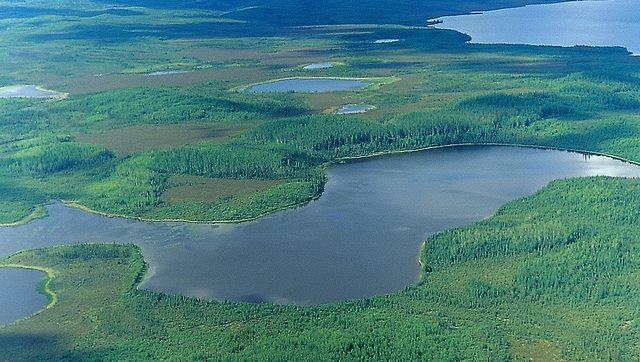 Following the announcement on Tuesday, this means Alberta now has the largest portion of protected boreal forest in the world. It is also the largest addition to the Alberta Parks system in its history.

“The environment and the economy go together — that’s why our government is investing in protecting nature and wildlife habitat,” said Catherine McKenna, federal Minister of Environment and Climate Change. “It’s encouraging to see governments, Indigenous peoples, industry and conservation groups working together to protect this significant part of Alberta’s boreal forest as an important natural legacy for Albertans, Canadians, the world and future generations.”

Identified in the Lower Athabasca Regional Plan (LARP) in 2012, the new parks were fully reviewed to ensure there are no economic impacts on natural resource industries or communities. Industry tenures in the parks were compensated years ago, leaving the lands free for protection.

“Canada’s boreal forest is unique in the world,”president and chief executive officer of the Nature Conservancy of Canada John Lounds said in a statement. “The ecological value of this region cannot be overstated — this is a conservation achievement of global significance.”

For the five new and expanded wildland provincial parks, the government of Alberta proposes to enter into cooperative management arrangements with Indigenous communities. Indigenous advice and knowledge will inform decision-making and management of these lands and the province will provide resources to support this process.

“The boreal forest holds greater value to the First Nation for exercising our traditional way of life and the quiet enjoyment of our treaty rights,” Chief Rupert Meneen of Tallcree First Nation said in a news release.