New Gear Harvesting New Gear
All about the power

June 24, 2014, Peachtree City, Ga. – Reid Lind, a logging contractor from Princeton, B.C., is used to driving Caterpillar skidders in the forest. He estimates his family has been running Cat skidders for the better part of 30 years.

So when he was given the opportunity to be involved with the design of the new Cat D series skidders, he took advantage of the opportunity, much like his father had done 20 years earlier for the 525.

Lind and his father cut wood for Weyerhauser in Princeton, a mix of pine, spruce, balsam and fir from the B.C. Interior. They run primarily Cat equipment, with an estimated 15 pieces in their fleet.

Originally, Lind and his dad were given the 545D prototype to run. This past winter, Lind was given the larger 555D to work in some of the more difficult weather conditions in the B.C. Interior. He was more than satisfied with the results.

"The 555 allowed us to run in a lot of snow, mud, adverse skidding. It doesn't slow down as much. You fill the grapple and it goes."

The climate Lind was running the skidder in was much like that of Allen Macsemchuk, a logging contractor from Kakabeka Falls, Ont. who has also been involved in the trials on the D series skidders. Macsemchuk previously ran a competitor's machine, but jumped at the opportunity to be involved in the design and trials of the new Cat machine.

"The power and the hydraulics got my attention," said Macsemchuk. "It's a very comfortable machine to run."

Both Macsemchuk and Lind are part of a D series skidder launch currently underway in Peachtree, Ga. The event is bringing customers and Cat distributors from all over the world to learn more about the D series and see the machines in action. 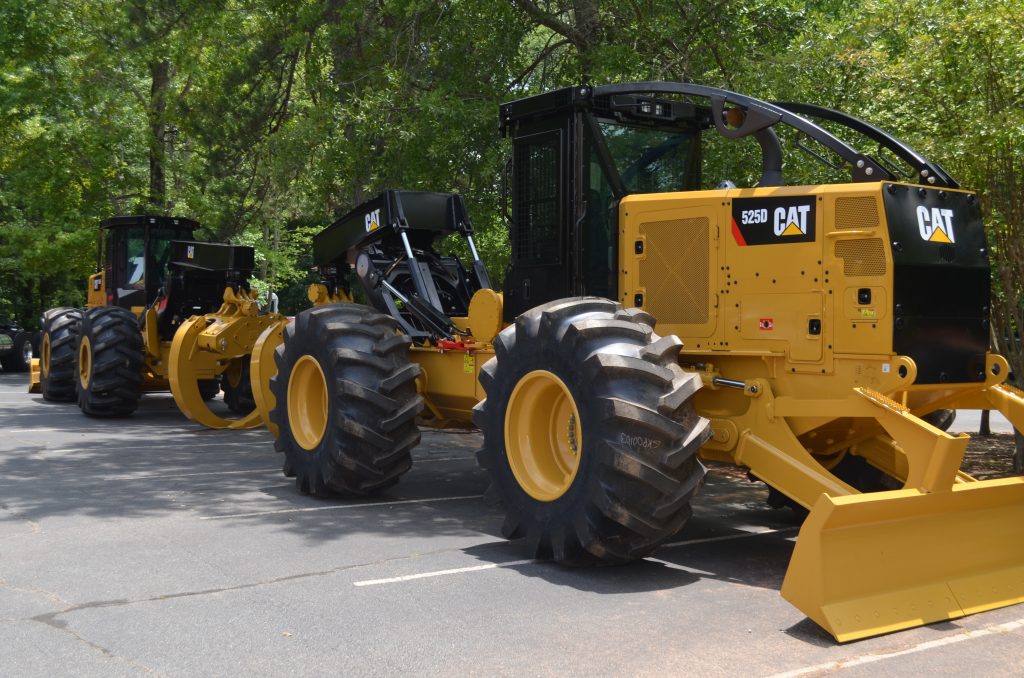 The 555 allowed us to run in a lot of snow, mud, adverse skidding. It doesn't slow down as much. You fill the grapple and it goes.
Print this page