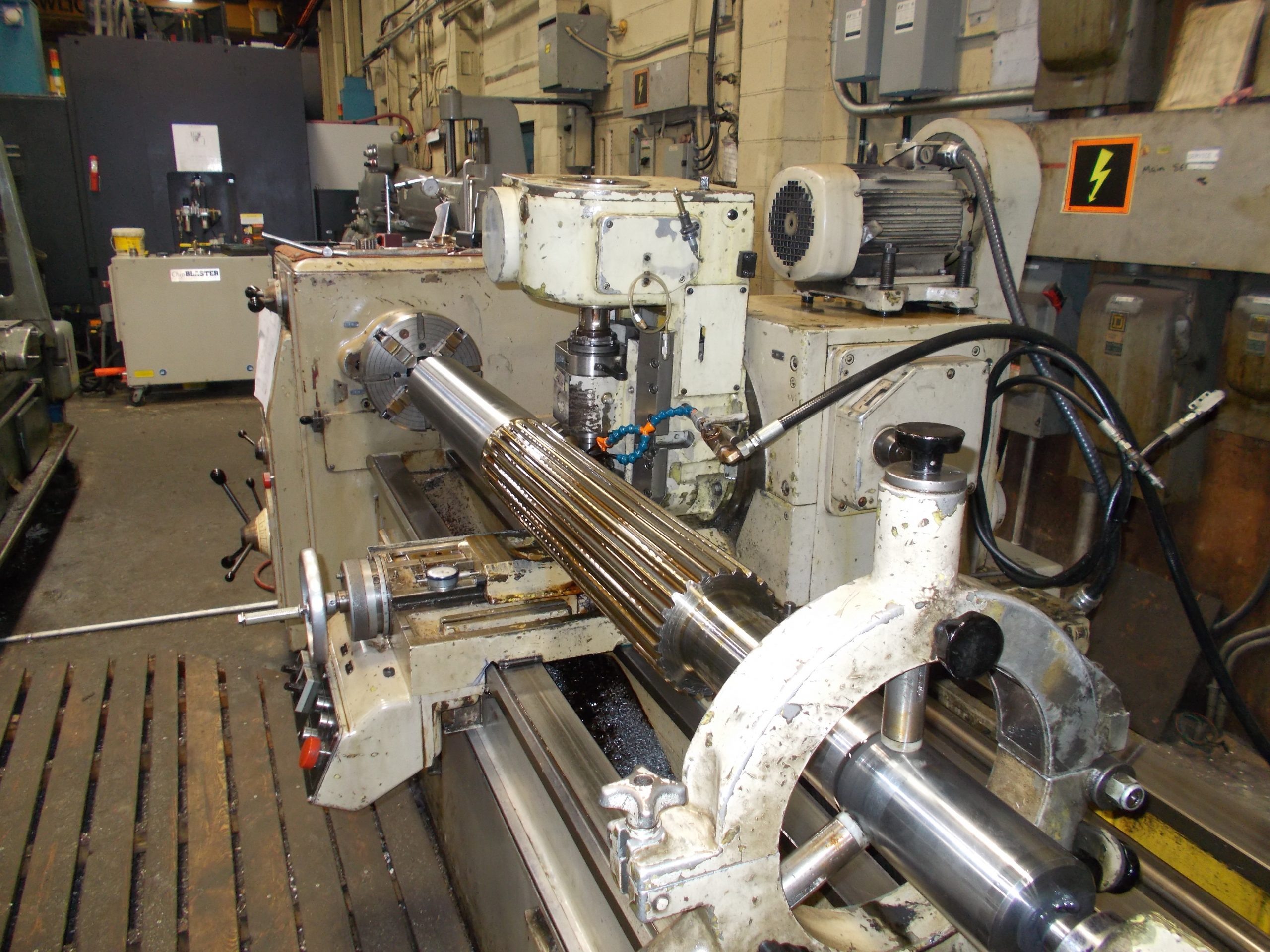 In the early 1970s, a spline was introduced to the sawmill industry as an alternative/improvement to using collars to drive saws in a gang or edger. It was created by a gentleman named Al Thrasher and developed with the help of an engineering company in Ukiah, Calif., called Retech Inc. It was a round or lobe type spline and became known as the Retech saw spline. The splined arbor enabled the saws to be mounted directly on the arbor without needing collars in between them.

The material of choice for manufacturing arbor splines is E52100. This is a high chromium alloy steel with a high carbon content. The chrome gives it good wear resistance and the carbon allows it to be hardened with minimum distortion. The splines are machined on a shaft hobb, then hardened by induction heat treating process. 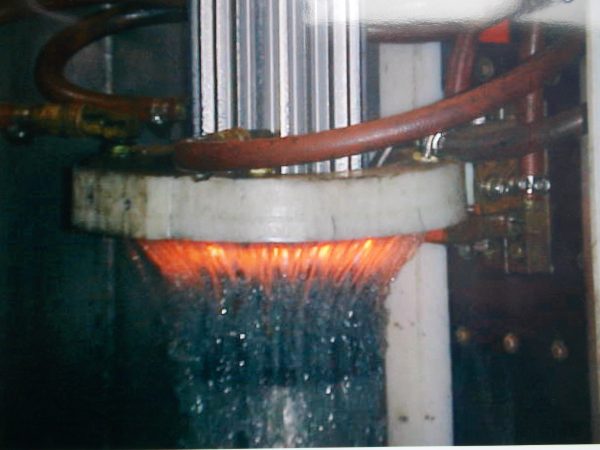 At first there was some skepticism about the splined arbor but the benefits were soon realized. These benefits included the ability to use thinner saws and a smaller kerf for more lumber recovery. The saws could be held in place with guides closer to the gullet, which improved saw stability in the cut.

But, while the Retech spline was an improvement, it did have a couple of drawbacks. One such drawback is the geometry: a radius on a radius from a common centre point which results in a single point of contact between the arbor and saw eye splines. This creates rapid wear between the two splines. Another problem was the standards – or rather lack thereof – published in order to manufacture the splines. We will come back to the standards later on.

In order to improve on the Retech spline, a new type of spline was introduced: the involute or gear type spline. The involute curve of this spline offers more of a full face or flank contact between the arbor and saw spline. This spreads more force or load per spline tooth compared to the Retech spline, which improved the wear on both the arbor and saw eye splines. This is similar to trying to walk through snow in skies as opposed to snowshoes.

Another improvement was made with regards to the standards to produce involute splines. This brings us back to the Retech standards. Back in the early ‘70s, Retech published a set of standards including the maximum and minimum of the arbor spline, of which there are five. Each spline size is designated by a # sign followed by a digit. They are #1, #2, #3, #3.5, #4 and #5 (see Retech standards diagram). Due to the manufacturing processes available at the time, these standards allowed for a very wide tolerance. It was not uncommon to have a 0.030-inch clearance between the arbor and saw spline, and even a 0.040-inch clearance was within specification. In an effort to tighten up the tolerances, people came up with their own standards. This was done by increasing the arbor diameter or decreasing the saw eye diameter. So, what you could end up with was saws that were too tight or, in many cases, too small and would not even fit on the arbor. When the saw filer called the arbor manufacturer to inquire about it, he would be told it must be the saws that are wrong. When he called the saw supplier, he would be told that the arbor was wrong.

With the involute spline, this situation becomes much more unlikely. The arbor spline is always machined to one known dimension or set of standards. Whether from the society of automotive engineer’s manual, the machinist’s handbook or any other engineering manual worldwide, a given spline size will always be the same. With the involute spline the designations are specified by the exact outside diameter of the spline followed by the pressure angle. One very important thing to be mindful of is that there are two pressure angles: 37.5 degrees and 30 degrees. You must confirm which applies to your application as they are not interchangeable (see involute standards diagram).

To avoid confusion when ordering splines, make sure not to mix up the spline designations. For example, there is no such thing as a #6 Retech spline or a #3 involute spline. The correct call-outs would be a #3 Retech spline or a six-inch involute spline. With both types of spline profiles, the fits or clearance between the arbor and saw spline are the same. Each filer will have a preference he feels works best for his application. As a guideline, the following clearances are recommended: for gang saws, .008- to .010-inch; for shifting saws, .010- to .012-inch; and for curve saws, .012- to .014-inch.

If you have any questions, please contact me at vitovallese@promacgroup.ca

The article is part of our 2020 #FileWeek coverage. Read more here.

Vito Vallese is the sawmill products manager for Promac Group.