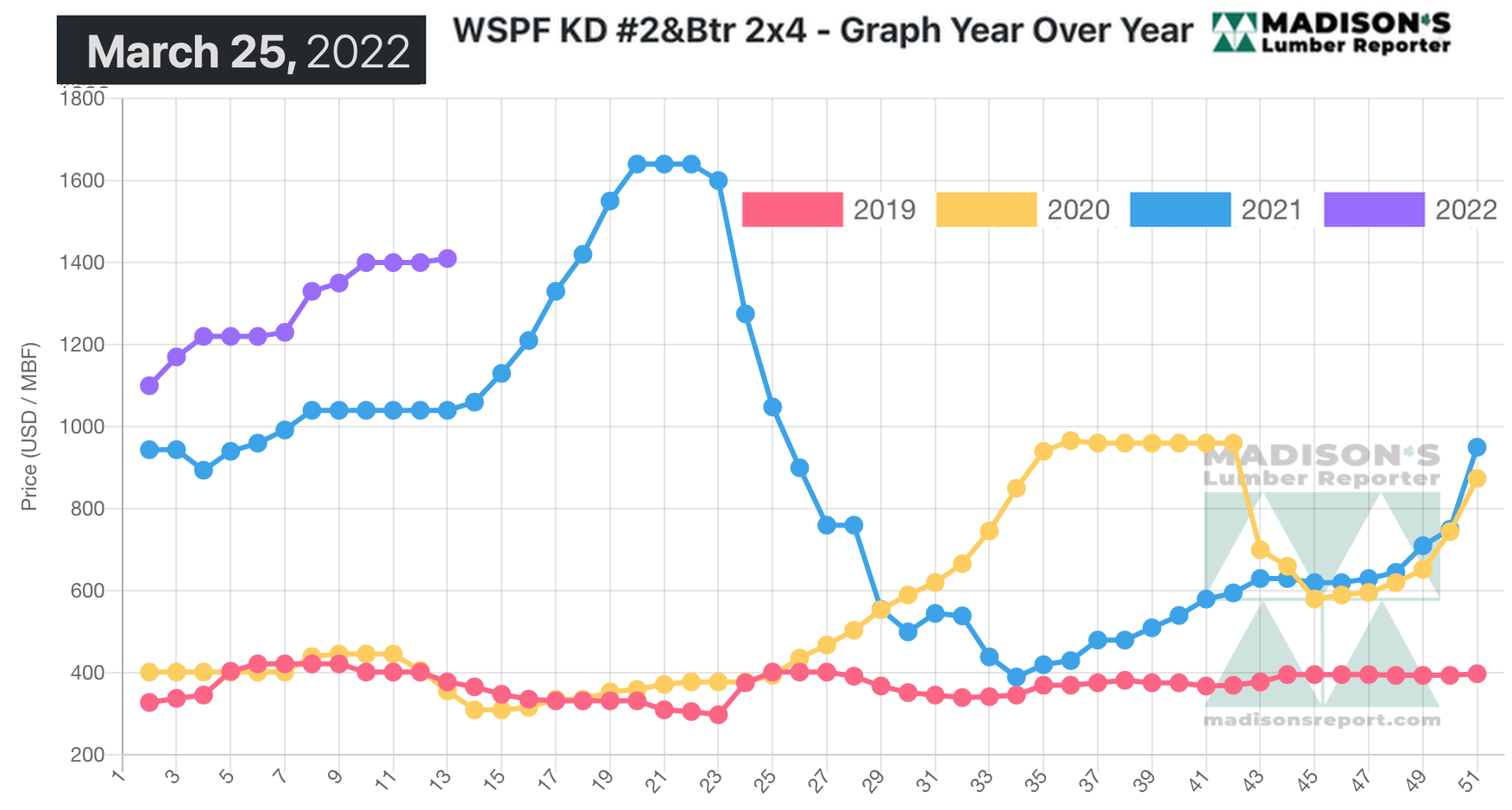 Softwood lumber buyers and sellers wrestled with price levels. While inventories in the field remained light, many customers were still waiting for wood they had ordered weeks ago, so were reluctant to buy given ongoing higher prices. Some secondary suppliers, at reloads and wholesalers, were offering wood at a discount to producers. Sawmill order files were shrinking but still quite strong, at approximately three weeks, so producers felt no reason to bring prices down. Sawmill lumber yards were choked due to continued non-existent rail cars. Deliveries were maddeningly unpredictable as rail cars and trucks were extremely difficult to source.

Even as the spring building season looms, almost all softwood lumber commodity prices remained flat once again. For the week ending March 25, 2022 the price of benchmark softwood lumber item Western Spruce-Pine-Fir 2×4 #2&Btr KD (RL) was up +$10 or +1% from the previous week, at US$1,100 mfbm, said weekly forest products industry price guide newsletter Madison’s Lumber Reporter. That week’s price is up by +$128, or +10% from one month ago when it was $1,283.

“Lumber price and demand seemed to be topping out as players experienced an inauspicious first week of spring.” – Madison’s Lumber Reporter 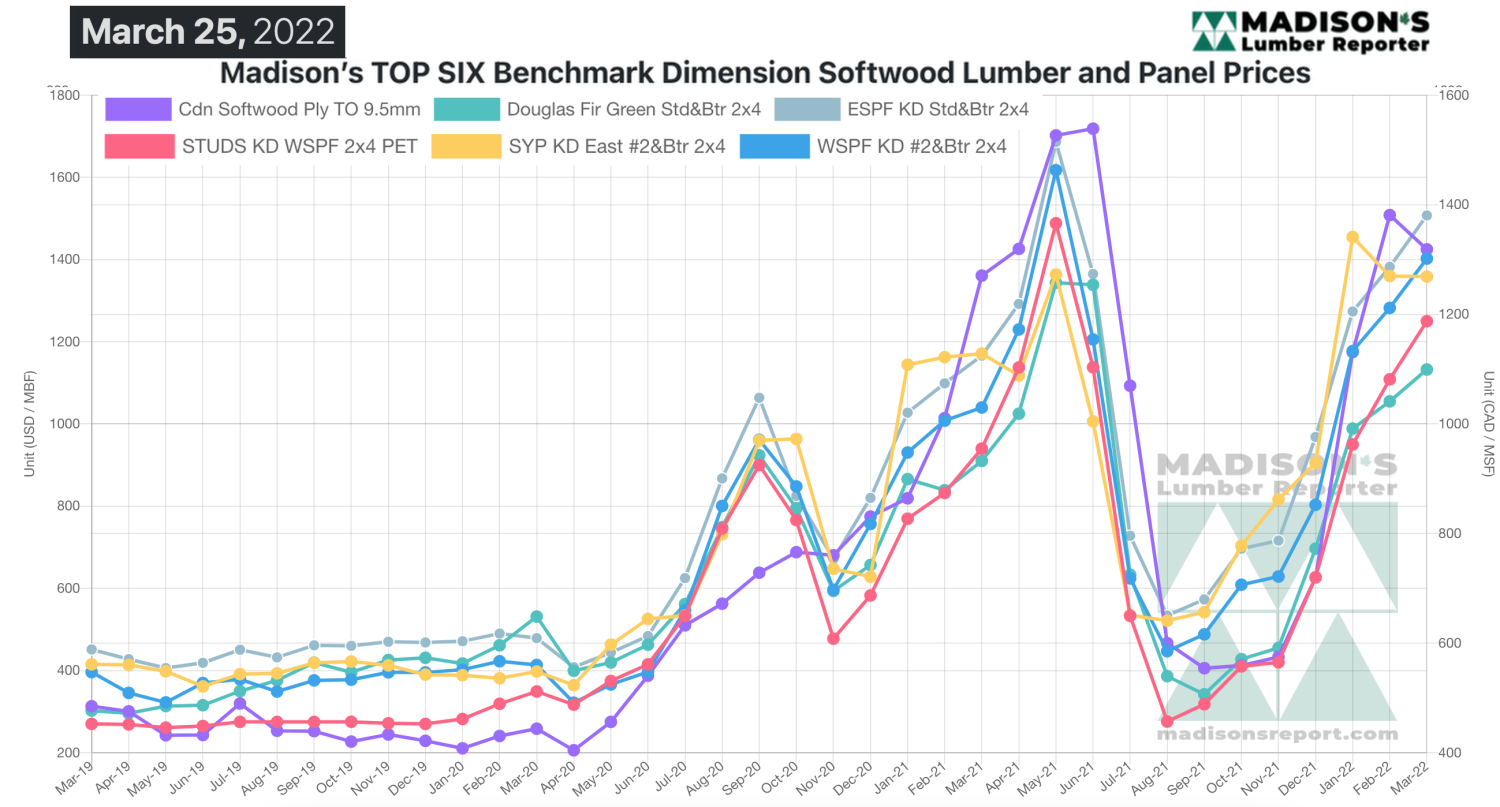 Buyers of Western S-P-F in the United States got more quiet this week as they sensed the tide shifting, and hoped to precipitate a correction in asking prices. Cash wood volumes of every grade increased by the day. Sawmills held on to two- or three-week order files, unable to extend on many items for the first time in several weeks.

Uncertainty ruled the Canadian Western S-P-F market again this week. Buyers grew more cautious and sales took a step back, while sawmills marched closer to their static mid-April order files. Players worried that this pullback in buyer activity could result in another mad dash in the near future; with everyone who held off jumping in at the same time and setting the market afire again.

“Demand for green Douglas fir continued to stall out this week, as buyers grew more wary and retreated further to the sidelines. Order files drew ever closer, with sawmills booked into the first or second week of April thus maintaining flat asking prices. Customers were only interested in deals wherein the supplier could guarantee delivery dates, a virtual impossibility in many cases due to ongoing delays in transportation caused by equipment and personnel shortages. ” – Madison’s Lumber Reporter