As stated in previous updates, North American construction framing dimension softwood lumber prices are reaching ever higher, to the point that the most veteran industry players can’t believe it. The Easter long weekend is usually a good indicator of where the market is at; a minimum four days off in Canada provides understanding as to whether buying is stalled — if customers stocked up for needs in advance of the holiday break — or if inventories remain low, thus orders flow in and prices go up. This year, it was the latter, in a very big way. For the past few weeks, most benchmark prices were flat as buyers sought better deals with alternate items, but the week of April 2 saw most customers in great need as their supplies on-hand were totally depleted.

Having almost no inventory of their own, sawmill price lists went up and order files extended ever longer. This suggests that price buoyancy is here to stay at least for a little while.

“Strong demand continued to outstrip supply even as many sources issued conflicting reports in advance of the Easter holiday.” — Madison’s Lumber Reporter

Different sources offered conflicting views of the U.S. Western S-P-F market for the week ending April 2. Some players described a continuation of the sneaky-strong pace perpetuated by persistently low overall supply, while others related quiet sales amid a sense of correcting numbers. At any rate, mid- to late-April order files prevailed at sawmills, and sales activity was sporadically strong early in the week. Many buyers chose to cover a little more than immediate needs so they could rest somewhat easier over the upcoming Easter holiday weekend.

After a comparatively quiet period in the back-half of March, demand for Western S-P-F cranked right back up again according to Canadian sawmills. Whereas steady sales were had all over Canada and specific regions in the U.S., that week saw a bump in inquiry from the U.S. East Coast, particularly from Pennsylvania. Producers were reportedly sold out on virtually everything through the week of April 26. There were no production issues to speak of as robust log decks and the hot market had sawmills considering running through weekends. 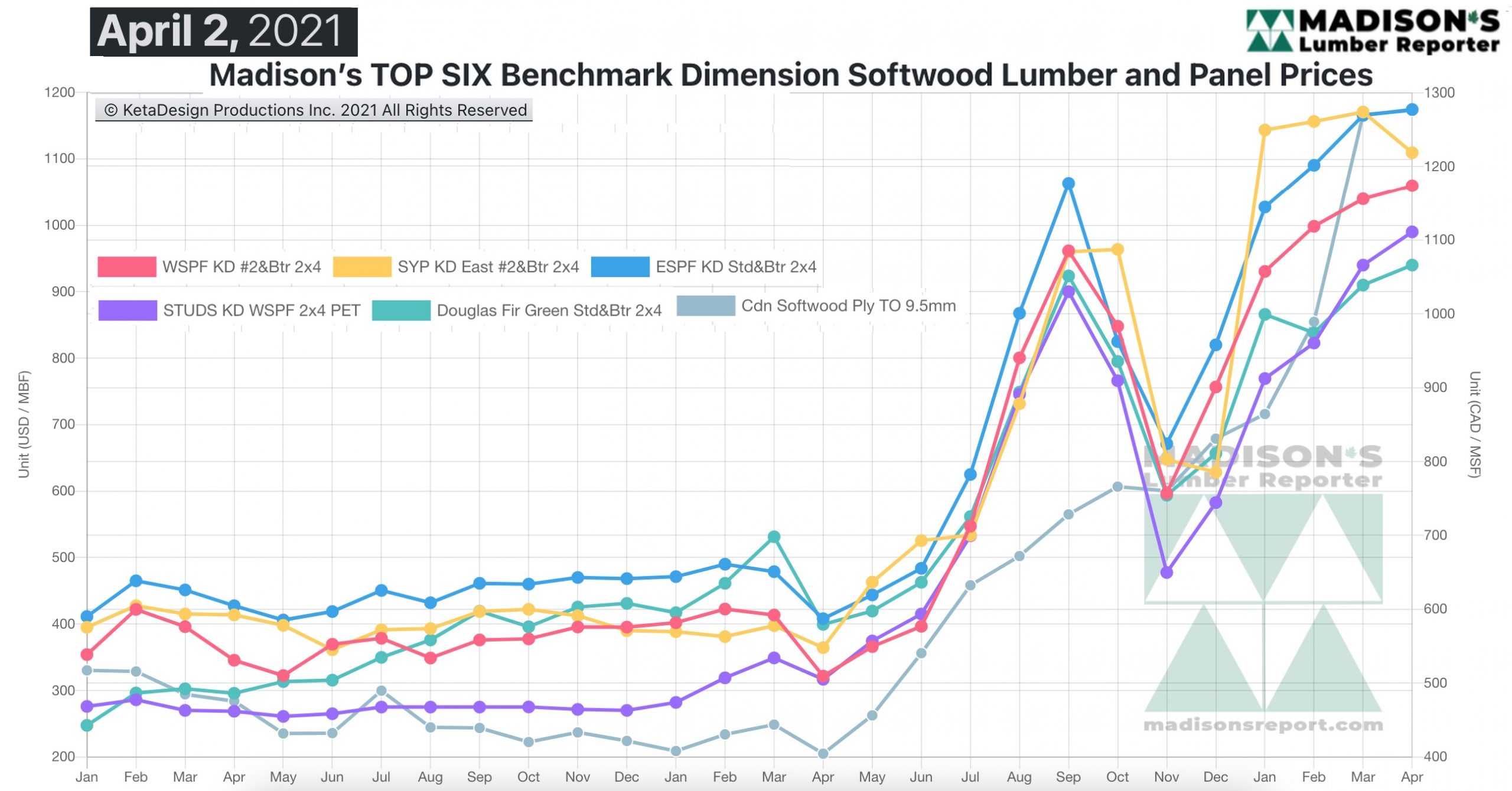 “Traders of Southern Yellow Pine reiterated the tale of two markets in the week ending April 2, with prices varying wildly depending on source and destination.” — Madison’s Lumber Reporter 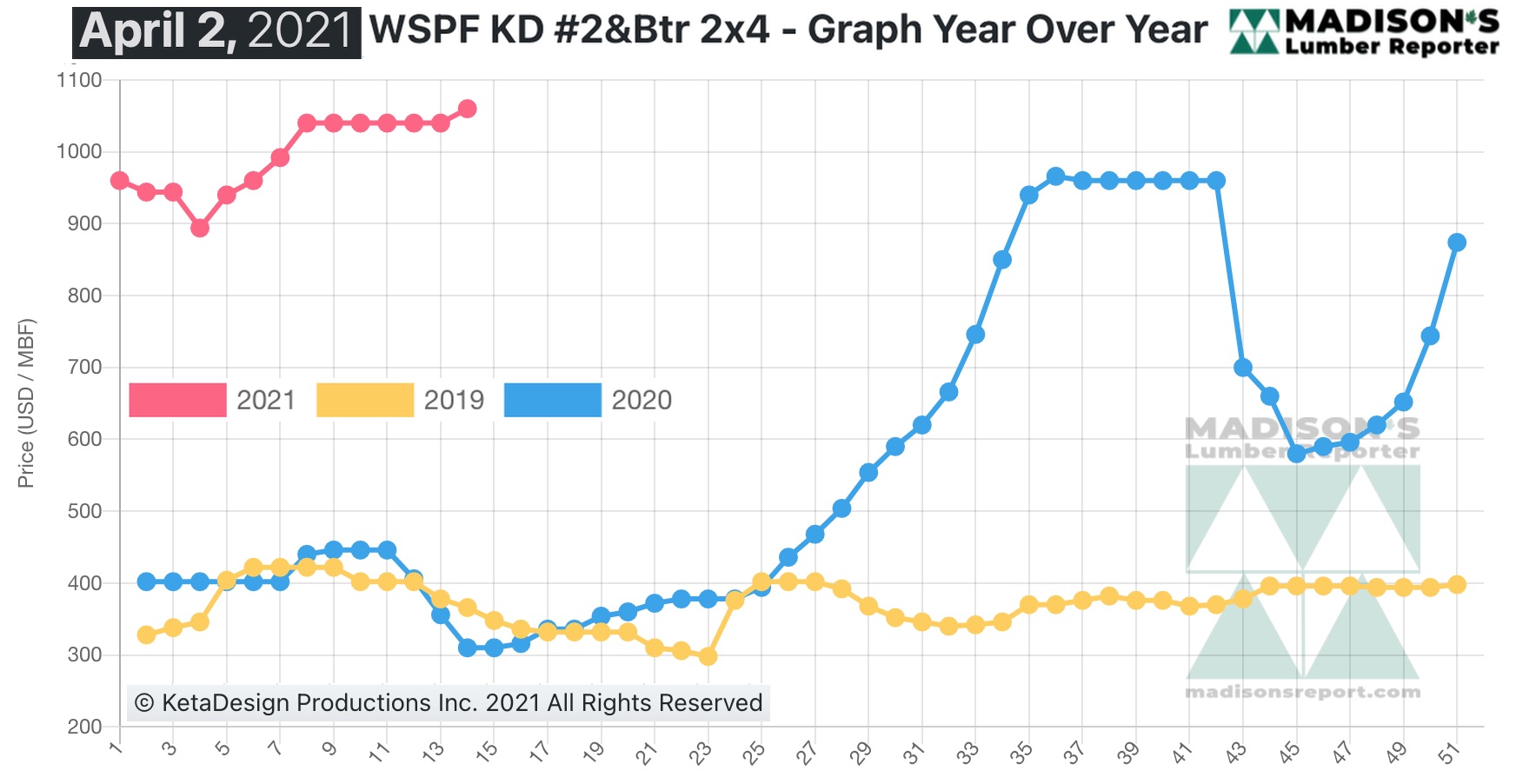