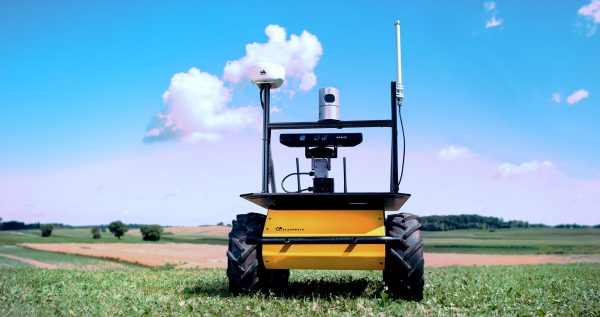 FPInnovations is moving full speed ahead with its automated-harvesting project to usher in a new era of  forestry machinery with an eye to one day operating fully autonomous machines.

Much of the forestry equipment in use dates from designs that originated in the 70s, with improvements made along the way. In an industry-leading move, the automated-harvesting team is developing the brains behind a new generation of machines destined for forest operations.

“No one has been able to design a suitable machine that can work autonomously in a hostile forest environment,” says Francis Charette, digitalization manager at FPInnovations. “The terrain is unpredictable, there are many physical obstacles in the way, and the worksites are remote. The first step is basic automation and if we’re successful, and we have every reason to be, we’ll move on to more highly automated machines. FPInnovations and its partners want to be one of the first in the world to develop an algorithm capable of telling a machine what tasks to do in a forest environment.”

FPInnovations recently acquired two new machines on which to develop its robotic skills. 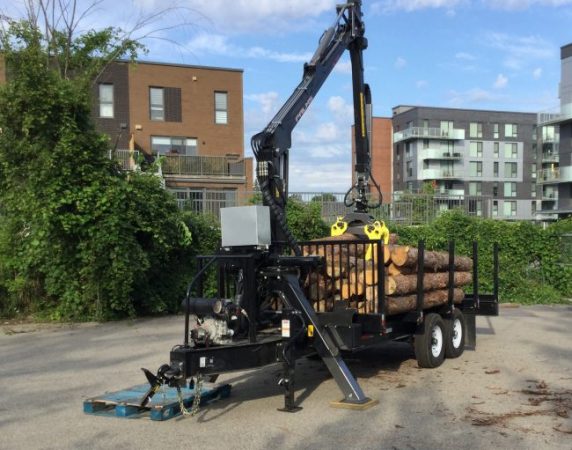 The mechanical log loader allows the automated-harvesting team to work on automating the crane function before scaling up to bigger machinery. From FPInnovations’ Pointe-Claire facility, engineers and programmers are working on getting the loader to detect logs on the ground while avoiding obstacles such as rocks, trees or even people nearby. To do that, sensors and hardware have been added to the machine and programmers are developing algorithms that will decipher the information, then perform a specific task. 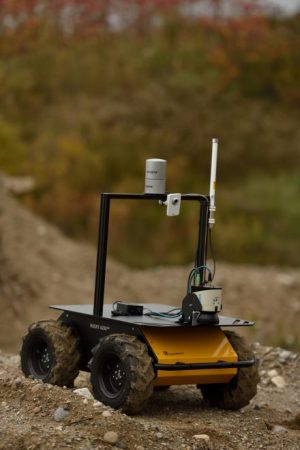 This low-to-the-ground rugged robotic vehicle allows researchers to continue testing its sensing system to advance two automated-harvesting project goals: autonomous navigation and real-time forest inventory. For the latter, the UGV will eventually be sent into the forest, much like a scout, to send back data on tree species, wood volume, and other forest inventory information before sending out larger machines to carry out the desired work.

The team plans to have a status update of their work on automating the new equipment in the fall.

FPInnovations has partnered with the Natural Sciences and Engineering Research Council of Canada’s (NSERC) Canadian Robotics Network and Université Laval’s FORAC research consortium to increase the pace of its research, as well as to gain access to a wider network of expertise.

The widely respected French-language TV program, La semaine verte on Radio-Canada, will produce a report on FPInnovations’ work on automated harvesting this fall. The series reports on issues affecting the agriculture, food, forest, and fishery industries, as well as on wildlife and environmental management.

“I’ve watched the show since I was a child and I’ve been in awe of the series and how it showcases our forests,” says Charette. “I’m thrilled the work I’m a part of is going to be featured on La semaine verte.”

The automated-harvesting project is part of FPInnovations’ larger Forestry 4.0 projects to bring automation to the forest industry. The overall goal is to increase the Canadian forest industry’s competitiveness by automating operations that are risky and have difficulty retaining workers. The program is inspired by the concept of Industry 4.0, which is seen as the next Industrial Revolution.