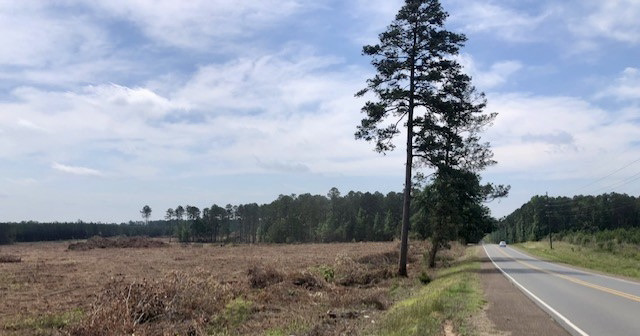 Site preparation of the 235-acre greenfield facility in Plain Dealing is underway and expected to be completed by Q3 2023. Photo: Teal Jones Group.

Teal Jones Group broke ground on a $110-million southern yellow pine mill in Plain Dealing, La., on Monday, July 11. The greenfield facility will be the group’s fifth mill in the U.S.

“We are excited to invest in this project, one that will bring long-term prosperity, jobs and other development opportunities in rail and infrastructure to Plain Dealing. Teal Jones is a family owned and operated forestry company with operations spreading throughout Canada and the U.S. The Plain Dealing mill is an exciting and important step in our continued expansion,” said Tom Jones, Teal Jones CEO.

Dick Jones, president of Teal Jones added: “To date, our company has purchased four tired old sawmills in the South that are on track to be transformed into top quartile operations, thereby preserving existing jobs and increasing the workforce by 150 per cent.”

At the groundbreaking ceremony, Governor John Bel Edwards announced the start of construction on the lumber production facility, saying it will support the creation of nearly 500 new jobs in northwest Louisiana.

“Louisiana’s wealth of timber resources has made it a prime destination for lumber and sawmill business operations for many years,” the governor said. “This project will stimulate economic activity, create good jobs in Louisiana’s northwest region, and contribute to the revitalization of our state’s rural communities.”

The British Columbia-based Teal Jones announced in December that it was considering the state’s Bossier Parish area as the site of the new lumber plant.

Site preparation of the 235-acre greenfield facility in Plain Dealing is underway and expected to be complete by Q3 2023. Site work includes creating access to nearby railway infrastructure and timberlands, which the company cited as key factors in its decision to build its first plant in Louisiana. The company also has U.S. operations in Virginia and Mississippi.

The project is expected to create 125 new direct jobs, with average annual salaries of $47,000 plus benefits. Louisiana Economic Development (LED) estimates the project will also support at least 369 indirect jobs in Louisiana’s northwest region. The company estimates up to 120 construction jobs at peak construction.

When complete, the facility will produce a wide range of dimensional and specialty lumber products with a production capacity of 300 million board feet per year.

In addition to lumber, the company plans to sell residual fiber products, including chips and sawdust, to local pulp and pellet plants.

To secure the project, Louisiana offered the company a competitive incentive package that includes the services of the LED FastStart workforce development program, which will support recruitment and training. The company is also expected to complete the application and approval process for the state’s Quality Jobs program and to pursue a payment in lieu of taxes agreement with local taxing entities.

“Plain Dealing is honored to have a new employer locate here. Both our community and the surrounding towns welcome Teal Jones to our home,” said the city’s mayor Shavonda Gay. “Plain Dealing is committed to helping find qualified employees for Teal Jones. We want Teal Jones to succeed in producing superior product for the marketplace. We thank the state, Bossier Parish and its related government, and Teal Jones and its investors for choosing our area for this sawmill.”

Rocky Rockett, executive director and president of the Greater Bossier Economic Development Foundation (GBEDF) added: “Having these critical strategic incentives and the active participation of our local and state partners enabled GBEDF to help get the project approved and funded expeditiously for Teal Jones Group. It’s exciting to see our collaborative process working for the good of the region and bringing new economic prosperity to this community.”