Nov. 11, 2016 - Bandit Industries has reintroduced its extremely popular hand-fed drum chipper line with a new look, minor enhancements, and new model names that reflect the chipper’s rated chipping capacity. Now called Intimidator™ XP, the recast line of chippers are still the familiar machines that tens of thousands of professionals around the world work with every day.

The equipment enhancements stem from cumulative updates that have taken place over the last 12 months. New graphics for Bandit® hand-fed chippers debuted in the summer of 2016. To help culminate this evolution, Bandit initiated the model name change for all new chippers ordered after October 1, 2016.

“The Intimidator name has actually been associated with Bandit hand-fed drum-style chippers for years,” said Bandit Industries Sales Manager Jason Morey. “The name was commonly used with hand-fed drum machines in conjunction with the model number, such as the Model 1390XP Intimidator. Previous model names used to coincide with machine capacity, but those models grew and evolved over the years. Now, the 1390XP will be known as the Intimidator 15XP because of its 15-inch chipping capacity.”

Some of the equipment enhancements across all Bandit hand-fed chippers include new gasoline and Tier 4 final diesel engine options, with fuel saver systems standard on Intimidator models using diesel power. Hydraulic swivel discharge chutes are redesigned to be compatible with hand-crank discharges for increased parts commonality and easier upgrades. Hydraulic pressure check kits are standard and can help troubleshoot problems in the field. All Bandit Intimidator hand-fed chippers now feature reversing autofeed as standard, and come with a new tail light design integrated into the infeed rim.

“With the fresh decals and equipment updates, we knew the time was right for rebranding our drum chipper line,” said Morey. “They might have new names, but they’re still the same reliable, productive hand-fed chippers that so many companies know and love.” 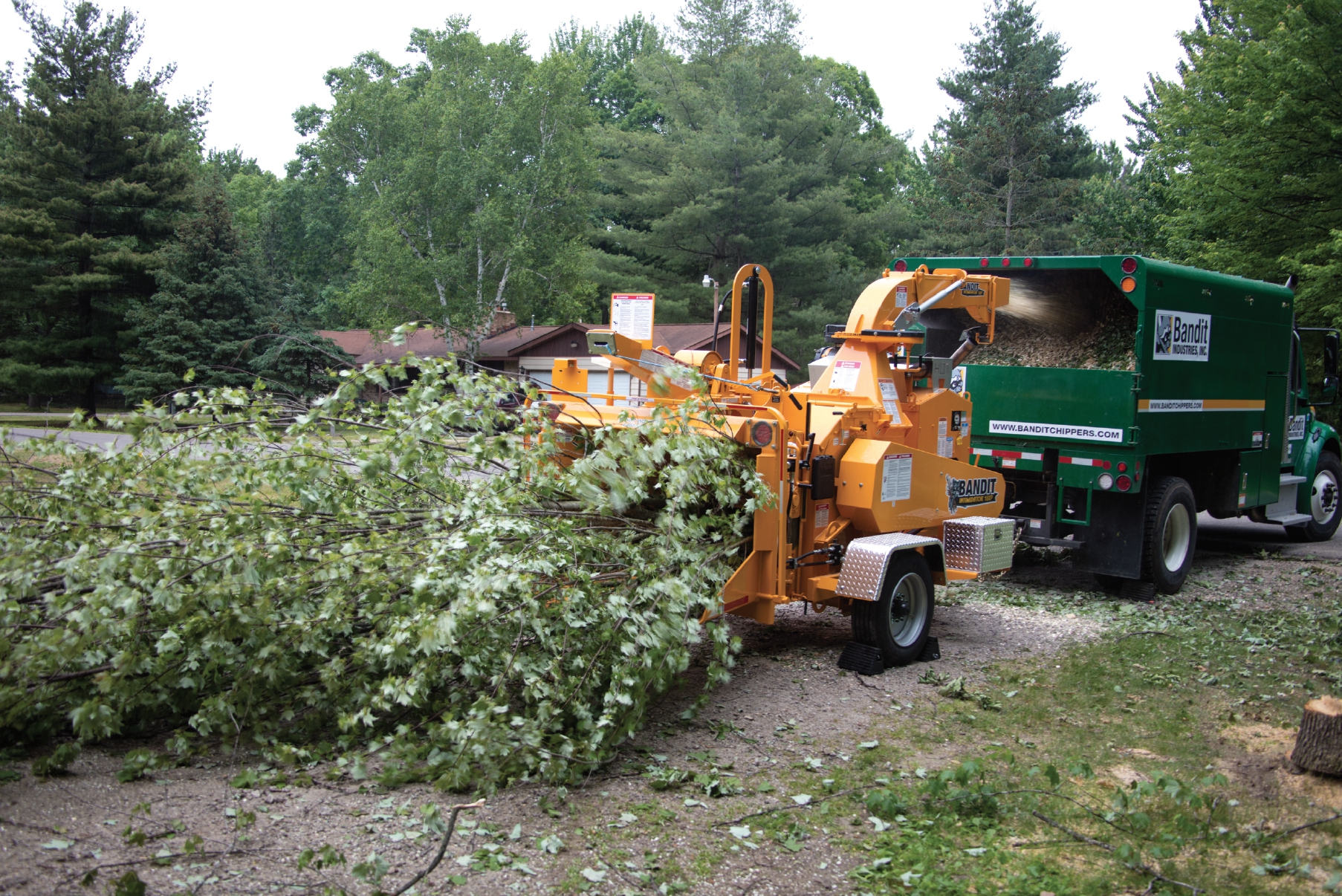