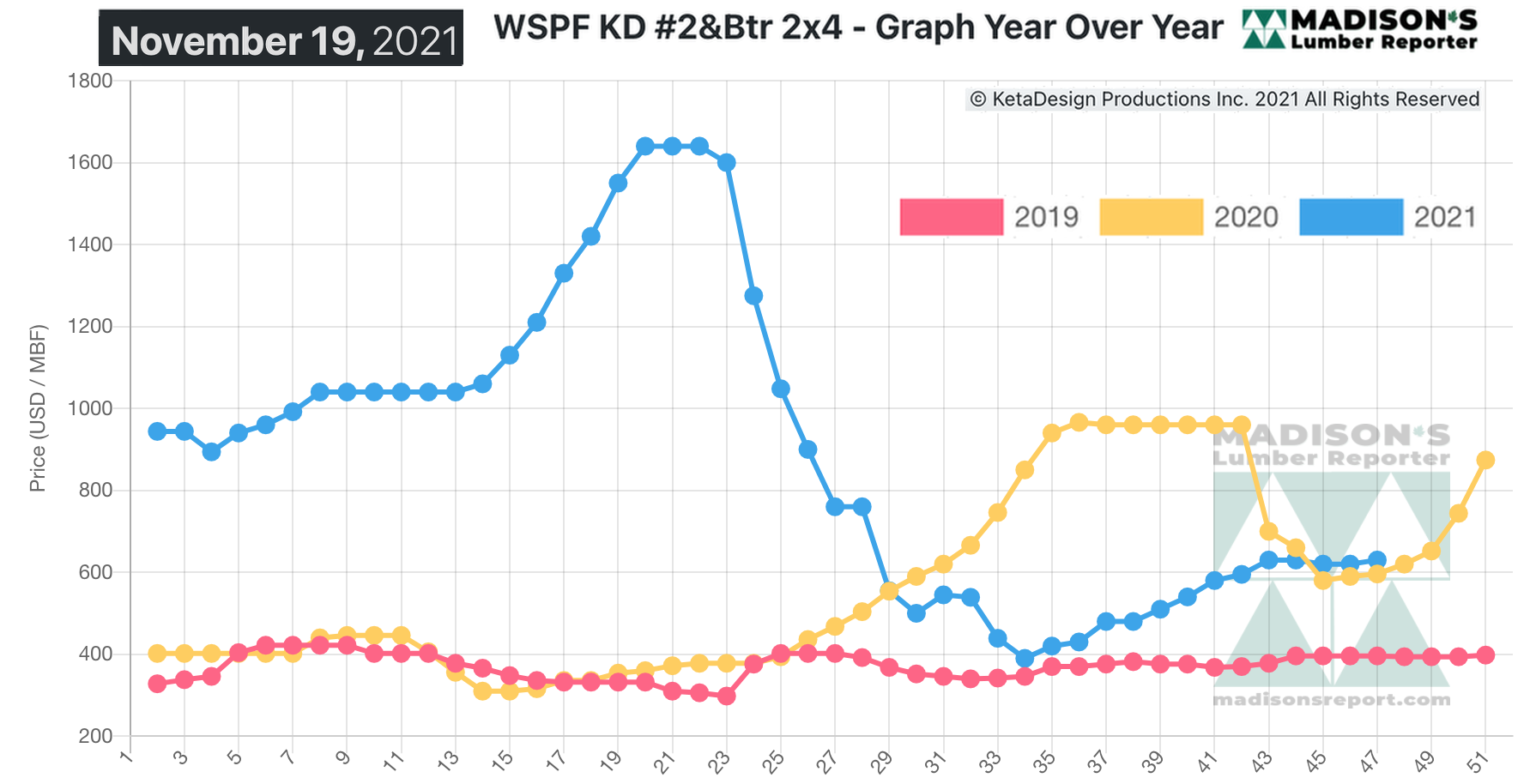 The lumber market has changed forever and it is now. At time of writing (Nov. 19) the south of the province of British Columbia is under a state-of-emergency due to relentless stormwater accumulating over the past month. That after record rainfall of 200 per cent more than normal for the months of September and October. Transportation is completely stopped. Two weeks ago after the first atmospheric river (deluge) all four highways and both rail lines were wiped out. Since then 2 of those highways — technically roads — have been cleared, however these do not connect Vancouver to the rest of mainland Canada. Both rail lines have only just been repaired.

In the interim, the Port of Vancouver (the third largest by volume in North America) was closed. Currently the Port is re-opened, however the backlog of ships waiting to unload has grown from seven last week to 50 this week. As the torrential rain continues to come down, it is unknown how this will play out over the next week and month. What we do know right now is that West Fraser announced downtime at its western operations. According to a company release, lumber shipments are down almost 30 per cent and pulp shipments are down more than 80 per cent. The company also stated that 4Q demand has been “more than expected”. Madison’s indicates that this means lumber sales will not slow down for the usual seasonal break, and will come back strong in January. As they started off this year. 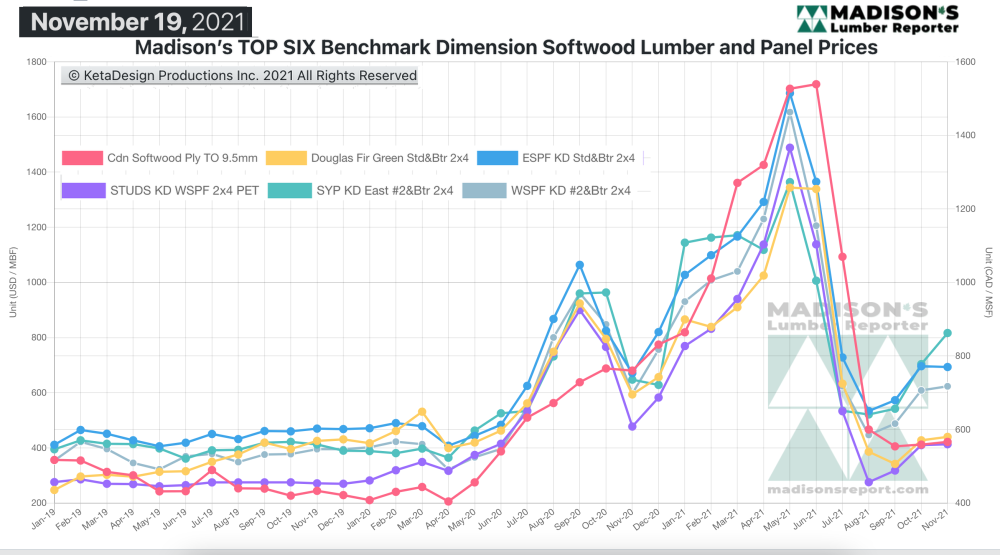 Western S-P-F demand was variable according to traders in the United States. Once-in-a-century flooding in the Pacific Northwest caused uncertainty to pervade the market as the week wore on. Some buyers busily scrambled to find wood amid the ensuing logistical chaos, while others cautiously sat on their inventories, hoping to eke out a quieter path to the new year.

Demand for solid wood commodities jumped noticeably around midweek after severe flooding struck the Southwestern region of British Columbia, cutting off the port city of Vancouver from the rest of mainland Canada. Following the declaration of a state of emergency for the province, evacuation orders were issued for several towns. Many buyers turned on a dime, eschewing their watch-and-wait strategies for a more aggressive approach as they considered the logistical implications of this catastrophe. Producers in B.C. reeled, extending order files into early- or mid-December and informing their customers that indeterminate shipping delays were likely given the scenario.

“Some Eastern Canadian sawmills took a defensive posture and boosted their asking prices in view of upcoming tariff increases, while others jumped into the fray with lower pricing to keep inventories in their yards lean. Secondary suppliers were busy again too, especially those who could offer quick shipment. Producers got more inquiry as the week wore on.” – Madison’s Lumber Reporter