Dec. 14, 2016 – With the Douglas-fir beetle population increasing in B.C.’s Cariboo region, the Ministry of Forests, Lands and Natural Resource Operations will begin its treatment plan this week in the city of Williams Lake, via heli-logging to prevent further spreading of the pests.

“As part of the Williams Lake Beetle Management Unit 2016 Treatment Plan, helicopter harvesting will be used on steep slopes in the Williams Lake area to remove trees infested with the beetles and prevent damage to healthy trees nearby,” the ministry stated.

The ministry said it will also control the issue by trapping the beetles in healthy Douglas-fir trees which, when taken to a sawmill, will destroy the beetles in the sawmilling process.

Other approaches, depending on the area, will include applying the methyl cyclo hexenone (MCH) repellant, deploying funnel traps, and either cutting or burning down trees where no other option is available.

The beetle populations are currently higher than average in parts of the Cariboo region, igniting a fear that the issue will grow to the same proportions as in 2008 when the beetle outbreak covered 68,550 hectares, and killed a volume of timber totalling nearly 173,000 cubic metres in the Williams Lake Timber Supply Area.

The ministry’s mapping data reveals that more than 81,000 cubic metres of timber was destroyed by bark beetles in the Cariboo region in 2015.

The beetle removal work is set to move through other areas of the region and be complete by Feb. 15, 2017. 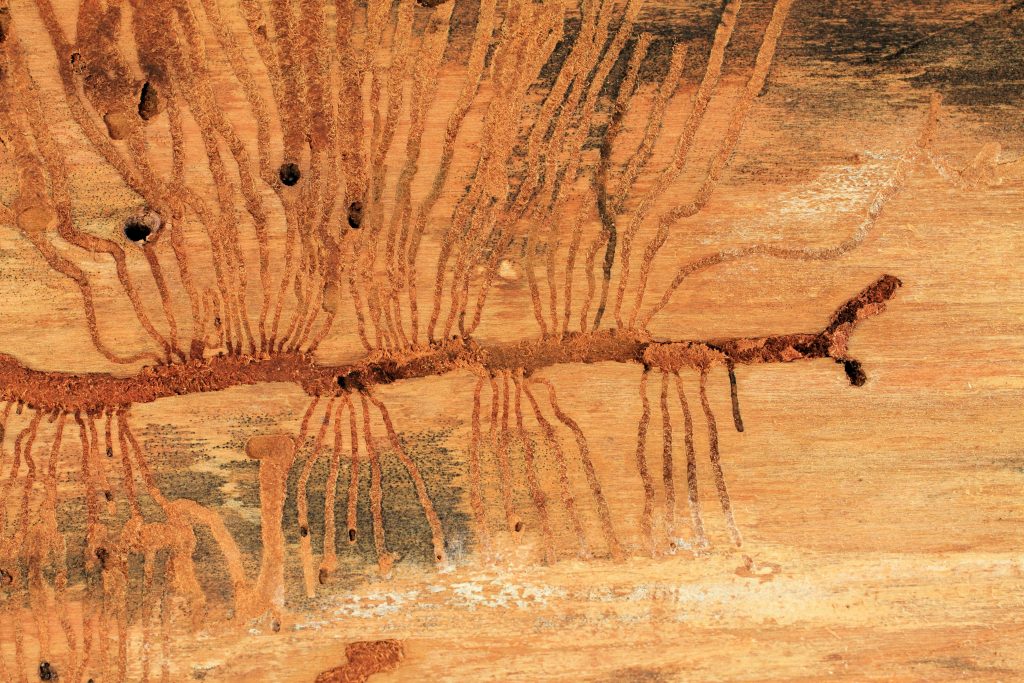 Intricate designs and patterns left on the inside of Douglas Fir tree bark. These designs are made by bark beetles as They burrow into the bark to nest. Photo:Brent Davis
Print this page


Related
Reduced log export fee extended in B.C.
‘We had to rebuild the trust’: How the BC Saw Filers Association got back on track
DLind, Teal-Jones Group log steep slopes near Mission
Log hauling gains: Extra axle boosts, payload and fuel efficiency