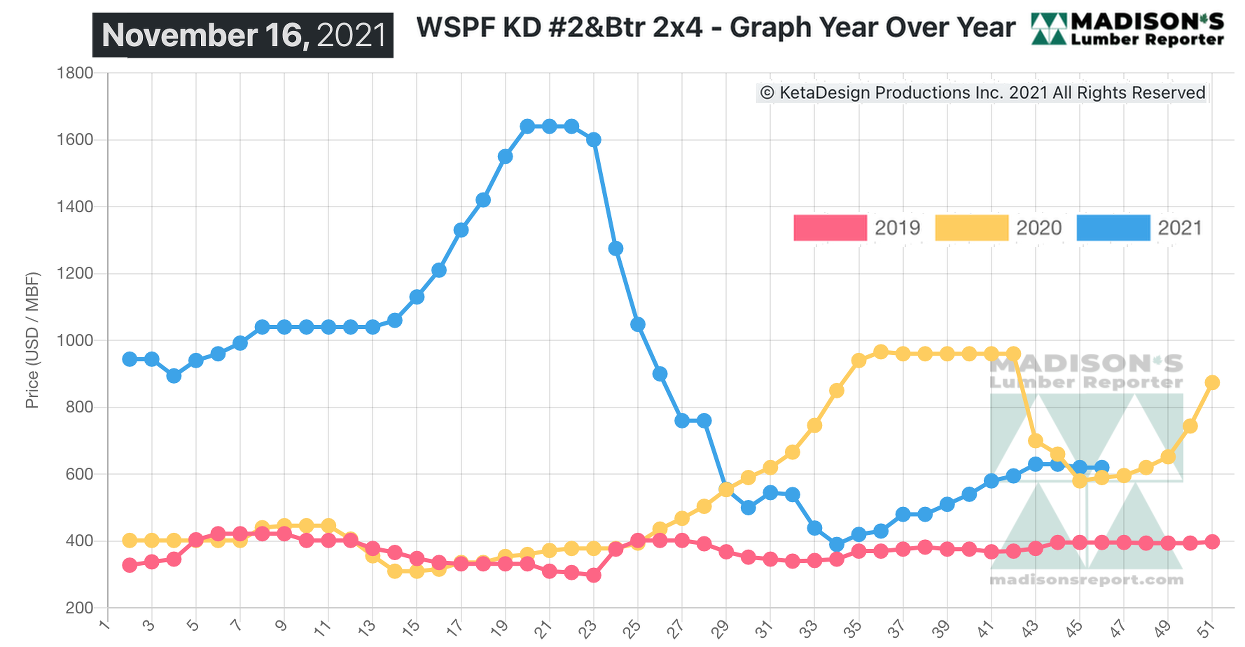 As this unusual year slowly wound toward a close, there were some developments which will only add more confusion and uncertainty to the construction framing solid wood marketplace. One, which is well-known, is the looming increase — to almost double what it has been since November 2020 — of the Softwood Lumber Duty on Canadian forest products entering the U.S. The other, still developing at time of writing, is the massive damage to southern British Columbia transportation routes from the tremendous downpour of the previous weekend. Currently the City of Vancouver is cut off from the rest of mainland Canada as both major highways are either blocked by washouts or completely destroyed. Both rail lines coming into Vancouver are also seriously damaged, however the CP Rail says it will be able to resume service today (Nov 23). While it is assured that the supply chain to Vancouver will take many months to repair, it is unknown what effect there will be on lumber deliveries.

Currently there is nothing stopping wood being transferred from Prince George through Kelowna then south to the U.S. border and east to the rest of Canada. However, the situation is not as simple as that.  At time of writing the Port of Vancouver announced it is closed to incoming goods due to the railways being blocked; this means — at a minimum — there will be no lumber or log exports coming out of Vancouver by cargo. The port at Prince Rupert is still open (however the volumes it can handle are quite a bit smaller than Vancouver).

More torrential rain is expected for southern British Columbia in the coming days.

There were plenty of buyers looking to fill holes in their inventories – especially early in the week. 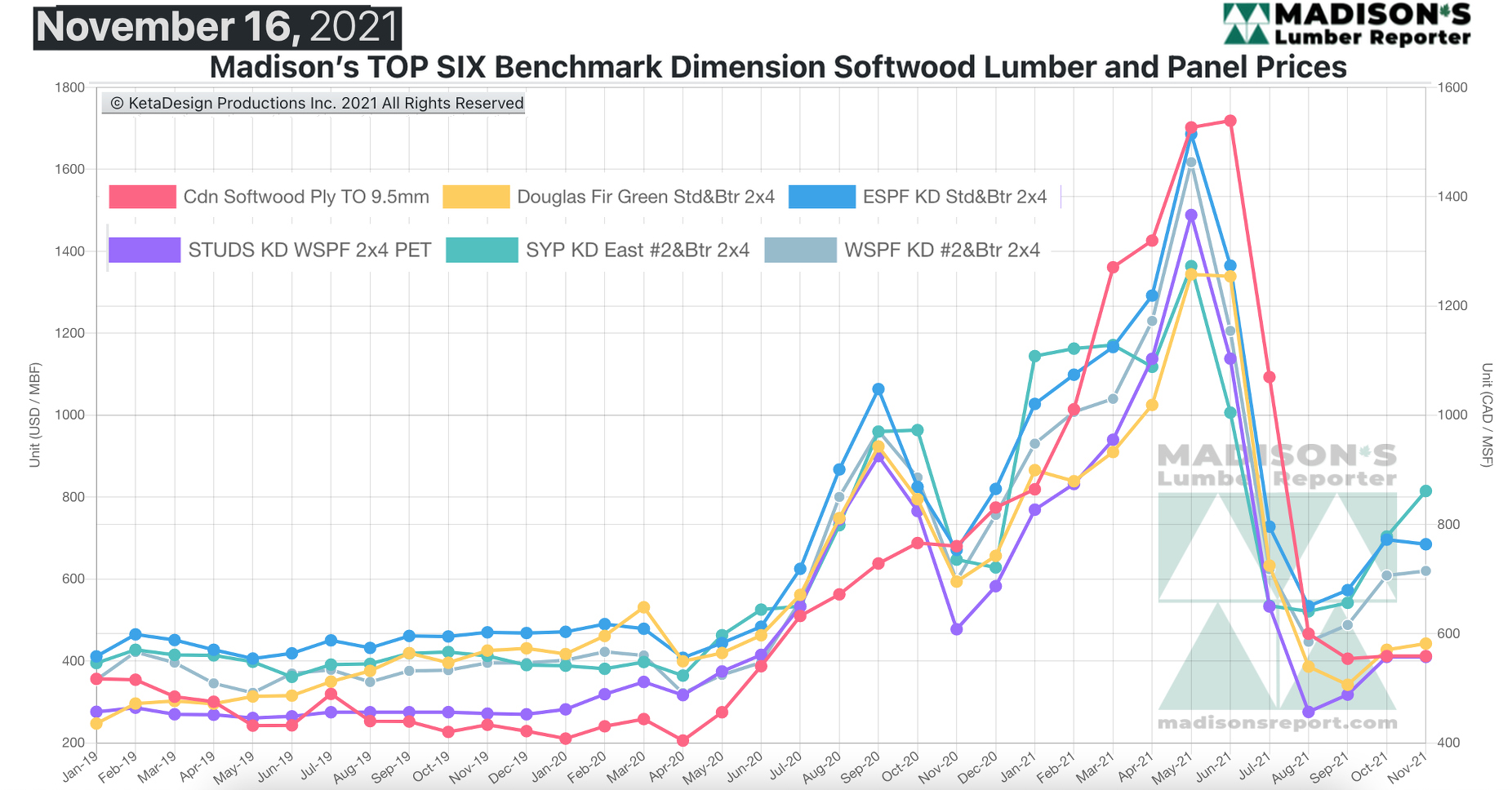 Traders reported tepid demand for Western S-P-F lumber and studs in the US. Buyers were extra-quiet late in the week as they attended the NAWLA Trader’s Market and observed Veteran’s Day. As for customers, even if they could find prompt wood it was delayed by at least a week due to significant shortages of truck drivers.

Canadian purveyors of Western S-P-F lumber related a decent start to the week before demand quieted down, as folks observed the late-week Remembrance Day national holiday. Large sawmills leaned on two- to three-week order files and kept firm pricing on everything but 2×12 dimension. Shipping challenges abounded no matter the supplier. Potential increases to duties on US-bound shipments of Canadian softwood lumber continued to be a frequent topic of discussion.

“WSPF stud demand was OK for the time of year according to traders, but definitely decreasing by the week as winter approached. Sawmills were still busy enough that supply remained a jot behind demand, and resultant order files were in the range of two- to three-weeks out. Asking prices took a big step back on some trims..” — Madison’s Lumber Reporter