Features
Better data on forests: AI could save the carbon offset market from itself 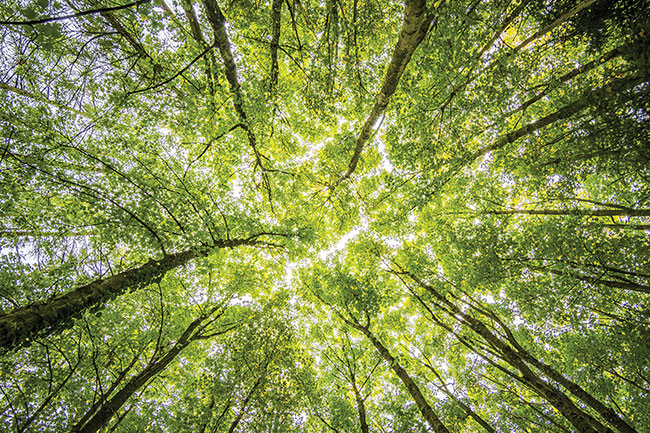 When it comes to removing carbon from the atmosphere to fight climate change, forests are the most efficient method. Capturing carbon in the trunks and branches of trees costs about $15 per ton of CO2, whether through forestation or avoiding deforestation. That’s compared to new industrial methods of filtering or storing carbon, which, while promising and innovative, range from $100 to $1,000 per ton.

Since the Kyoto Protocol effectively ushered in the carbon offset market in the early 2000s, forestry projects are how many companies choose to reduce their carbon footprint, accounting for more than half of all carbon reduction projects. They voluntarily buy and sell verified credits (offsets) that allow them to zero-out their own emissions with emissions that are reduced, removed, or avoided by protecting forests. Then they detail their efforts to decrease their carbon footprint, including through offsets, in environmental, social, and governance (ESG) reports, made available to the public, shareholders, and regulators.

And they do it a lot. Funds and corporations make significant investments in voluntary offsets, which are not required by law. The Taskforce on Scaling Voluntary Carbon Markets says the carbon offset market could be worth $180 billion in 2030, up from $300 million a couple years ago.

Many participate in projects for reducing emissions from deforestation and forest degradation, so-called REDD+ projects, overseen by the U.N. Others buy offsets on exchanges like the AirCarbon Exchange and the Carbon Trade Exchange. Still others, often companies with substantial resources, work with local authorities to develop their own carbon-capture projects.

While these investments are important for mitigating climate change, determining the worth of carbon capture through forestry using current methods is difficult, inexact, and inadequate. And when claims don’t match reality, projects and the companies that invest in them are exposed to reputational risk.

Indeed, there are groups dedicated to verifying carbon offsets, including Gold Standard; Verra’s Verified Carbon Standard; and the Climate, Community and Biodiversity Alliance’s CCB Standards. But even for these organizations to scale to the size of tomorrow’s carbon market – and to support the underlying mission of reducing emissions – they need to undergo a digital transformation.

Global services firm PricewaterhouseCoopers found that less than 40 per cent of investors trust the ESG reports that companies issue. Meanwhile, the same study found that reducing emissions was the most important ESG issue among investors.

In fact, almost as soon as the carbon offset market got on its feet, it was the target of fraud concerns. On the global stage, no sooner had the U.N.’s Green Climate Fund in 2020 endorsed payment to Indonesia for a REDD+ project than critics questioned whether the project had delivered the carbon impact that was claimed. In corporate affairs, Bloomberg detailed big-name companies taking offsets for protecting forests that were reportedly already protected.

To build trust and transparency in carbon capture, the industry needs to focus on two key areas where digitalization can help: getting a project off the ground, and the inefficient, largely manual task of verifying the project’s results.

The path to verification

Most carbon capture projects follow the same three steps: validation, registration, and verification. During validation, a project is inspected and approved by an auditor, triggering a need for documentation about the current state, the monitoring plan, and possible future states. In many cases, field experts visit forests to take measurements and estimate the carbon-capture potential. Having been validated – usually to an established standard, which increases its value – the project is registered, generating offsets that can now be traded.

These two steps are where costly overhead exists, in measuring and monitoring. In fact, an estimated 30 per cent of a forestry-based carbon capture project is overhead, causing some to muse that too many good projects never get started as a result.

When it comes to verification, the costs can be high and yield dubious results. We’re talking about physically going into a forest or flying over, inventorying species, taking measurements of tree trunks, then extrapolating sample data into a statistical representation of the forest and its carbon-capture performance. This cost-intensive process has led to verification cycles about every five years – and a lot can happen in five years that affects a forest.

Digital systems can do a better job. By feeding data about forests, collected using light detection and ranging (LiDAR) technology and satellite imagery into an advanced geographic information system, we can build dynamic models of forest projects, track progress, and better predict their outcomes. Plus, remote sensing technology and artificial intelligence and you have a system that scales with projects and generates digital forest inventories that are demonstrably more accurate than through existing methods.

Digitalization and data analysis help ensure additionality. For carbon offsets to deliver value – both to investors and to the environment – it must be proven that the underlying project represents gains in the fight to reduce emissions that are above the status quo. If a purported “project,” like a century-old, protected forest, would have captured carbon anyway, it lacks what the industry refers to as additionality.

Digitalization supports more effective baselining of carbon capture projects. Often, when a project draws scrutiny, it’s because its carbon baseline, or inventory of forest growth used to capture carbon, is flawed. This can be because assumptions, like what’s growing under a forest’s canopy, are wrong. Ultimately, a poor baseline can mean investment in a project that has little impact.

Digitalization can help identify and analyze the impact of spillage. When a forest becomes part of a carbon-capture project, it can impact adjacent areas. For example, protecting forest in one area can lead to deforestation in a nearby unprotected area. In which case, the verifiable benefits in the project area may be negatively offset by forest degradation in areas along the project’s borders.

A sense of urgency

In all these cases, digital transformation is the answer. Everything about a carbon capture project, from scouting for suitable land, to analyzing big data, to modelling forests for verification, benefits from the power and cost-efficiency of digitalization.

So does confidence in our efforts. To those who would criticize carbon offsets as a way of feeling better while continuing to pollute as usual, better data demonstrates progress in beating back the most challenging, hard-to-reduce emissions.

Admittedly, we’re at the early stages of reducing carbon by all possible means, but we can’t wait much longer to do better. Carbon offsets via forestry can be effective but should be seen as part of a mix of solutions. Industrial-scale carbon capture processes are essential and need to become more efficient, even as forestry wakes up to its important, transformational role.

The industry needs to act more aggressively. The planet depends on it.

Rolf Schmitz is the co-CEO of CollectiveCrunch, an AI provider in the forestry industry.