Organizers of the 72nd Oregon Logging Conference (OLC) estimate that over 4,000 people passed through the gates for its annual logging show, which was held in late February at the Lane County Convention Center and Fairgrounds in Eugene, Ore. 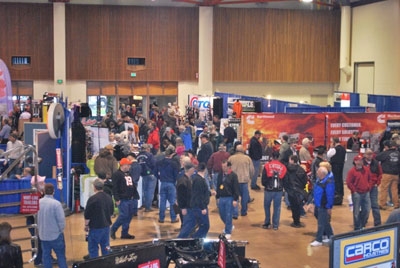 “We felt the mood at the show was more positive than our 2009 event,” says Rikki Wellman, the show’s manager. “Everyone seemed to be in an upbeat mood and according to a number of exhibitors, many of the people who attended the show were the decision makers from the companies they represented.”

In total, the show had 204 exhibitors, including Bruks, who for the first time brought a mobile chipper to the show for a live demonstration, Caterpillar, Doosan/Cascade Trader, John Deere/Pape, Kobelco/Feenaughty, Komatsu/Modern Machinery, Quadco, and Waratah.

Wellman says the event had a bit of a different feel this year as they “squeezed” all the inside exhibits under one roof in the convention center. “This proved to be a positive move for everyone as it added to the crowds and the energy level,” she says, noting that good weather for two of the three days kept the outside exhibitors busy as well. 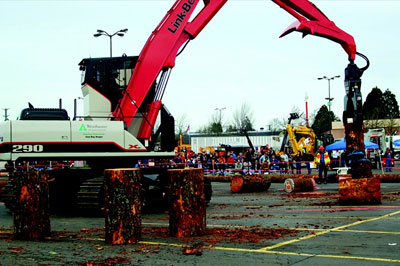 New for 2010 was the OLC’s first annual log loader event, which saw 20 competitors from Oregon, Washington and Idaho battle it out for the title of “Best Log Loader Operator in the West.” Kevin Sell of Hill and Baylock Logging in Coquille, Ore. took the top spot in what the OLC’s Wellman says will be an annual event from now on.

Wellman says “the talk of the show” was the Bruks mobile chipper mounted on a Valmet forwarder. “This was the first time for Bruks to be at the show and they demonstrated whole tree chipping, which addressed the biomass theme of the conference. 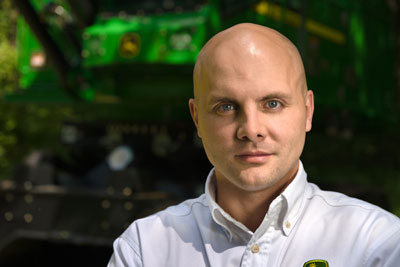 The keynote speaker for this year’s event also discussed biomass, adding innovation into the mix. Nate Clark, director of public affairs for John Deere’s Construction & Forestry Division and John Deere Power Systems delivered his address to a capacity crowd of over 600 people at the Wheeler Pavilion on the show grounds.

“For the keynote address today, I will focus on one value that the logging community will need to embrace and promote more than any other as it strives to recover from the economic recession,” Clark told the enthusiastic crowd. “I believe this value will serve not only as a key to recovery, but also as the catalyst for the logging community’s long-term growth and prosperity. This value is innovation.”

Although Clark made it clear that economic survival in the logging community has become increasingly tough, he sees innovation as a source of optimism. Clark described innovation for John Deere as inventing, designing, and developing breakthrough products and services, and stressed how important innovation during times of enormous upheaval has been to John Deere’s current success. Clark then turned from John Deere to opportunities before the logging community, including specifically biomass. To reveal the potential of biomass, Clark highlighted one of John Deere’s latest strategic and innovative projects, a biomass alliance with ADAGE LLC, which is a bioenergy joint venture formed between AREVA and Duke Energy. The alliance’s aspiration is to bring technology and process innovations to the fuel supply for sustainable woody biomass power projects. The first project to be developed as part of the alliance will be ADAGE’s proposed facility in Mason County, Wash., which is 140 kilometres (80 miles) west of Seattle.

“The strategic alliance with ADAGE is an excellent example of how we can work within new and innovative business models,” explained Clark in a post OLC interview. “This alliance is innovative because it places stakeholders in new roles. For example, John Deere is responsible for biomass harvesting and feedstock transfer services. That’s something we haven’t done before, but we are experts in equipment and in forestry operations, so it just makes a great deal of sense. And similarly our loggers are placed in a somewhat different and exciting role because they are going to be working with John Deere directly instead of the landowner or the mill. They will still be doing what they know best, which is harvesting, but they will be working with an equipment manufacturer over a long-term sustainable project to harvest and deliver the biomass. What we are seeing is the key stakeholders doing the things they are extraordinarily good at, but doing it in slightly different ways, and that is providing new opportunities.”

As for the equipment side of things, Clark says John Deere’s goal is to “stay at the cutting edge,” particularly when it comes to forestry and biomass equipment. “When it comes to equipment innovations, we are striving to stay at the leading edge and one of our goals as it relates to woody biomass, is to continue to evaluate and test new innovations that will expand and optimize the use of biomass in energy production. In terms of equipment, we think we can make great gains in such things as new harvesting head technologies and new equipment forms, but the goal of this is not just simply to improve the sales of individual pieces of equipment, but to offer comprehensive and integrated productivity. That could include developments such as machines interacting with each other, as well as work sites working together to increase productivity. Our alliance with ADAGE will provide us with an unparalled opportunity to develop and test these integrated machine and work site innovations on an operational work site where we can rigorously test our equipment as it relates to biomass production.”

The OLC’s Wellman says Clark’s topic was timely as many of the participants came to the show to learn about biomass as northwest loggers look for ways to diversify from more traditional markets such as harvesting saw logs, veneer logs, and pulp logs. “Some of our attendees were already very familiar with biomass, but we had others who came to learn about the subject,” she says.