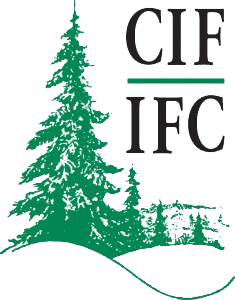 As the national voice of forest practitioners, the Canadian Institute of Forestry/Institut forestier du Canada (the Institute) fosters public awareness, promotes competency among forestry professionals, and pursues partnerships, such as with the Centre for Social Intelligence to proudly champion the Gender Equity in Canada’s Forest Sector National Action Plan.

The Institute takes an active role in helping to advance science through peer-reviewed research publications (The Forestry Chronicle). The Institute is a member of the Forest Professional Regulators of Canada and the Canadian Forestry Accreditation Board, and partners with accredited institutions to help foresters obtain and maintain their competencies by providing bridge training and e-learning opportunities regarding developments in the science and practice of forestry.

There has been recent media attention concerning the management of Canada’s boreal forest. The Institute would like to make it clear that Canada is a leader in sustainable forest management with some of the strictest laws for harvesting forests. Forest management in Canada uses sound science to consider biodiversity, wildlife habitat supply, ecosystem processes, and natural disturbance emulation. Canada’s forest management planning processes also strive to incorporate the values and perspectives of stakeholders who use the land on which trees grow, including Canada’s Indigenous Peoples whose history and culture is inextricably linked to forests and all that they support.

Canada’s boreal forest is well managed by many standards such as success of forest renewal after logging, adherence to government rules for levels of harvesting and forest renewal (it is the law for all forests harvested on public lands to be regenerated), a very high level of third-party certification of sustainability of forestry operations, and very low levels of conversion of forest lands to other uses.

According to Natural Resources Canada’s The State of Canada’s Forests Annual Report 2019, Canada has a total 347 million hectares (ha) of forest area (which has remained stable over the decades, decreasing by less than one per cent from 1990 to 2017), and only 0.01 per cent is lost to deforestation on an annual basis. Of that 0.01 per cent of forest lost, only four per cent is caused by forestry, while mining, oil, and gas (37 per cent), agriculture (35 per cent), and other infrastructure (24 per cent) make up the remaining 96 per cent. Furthermore, 47 per cent of Canada’s forests are third-party certified, which is more than any other country in the world. To put this in perspective, United States (12 per cent), Russia (seven per cent), Brazil (two per cent) and China (three per cent) combined do not match up to Canada’s third-party certification.

While the Institute is always working to advocate for and promote improvement in Canadian forestry, we are confident there exists a high level of sustainability in boreal forest management in Canada. Canadians, and beyond, should be proud of our well-managed forests and their essential products!