Oct. 23, 2013 - It hasn’t always been an easy business to be in, but 70 years after Chester Mjolsness started the company with a cross-cut saw and skid horses west of Sundre, Spray Lake Sawmills remains a staple of the Alberta forest industry.

In 1989, Barry Mjolsness became sole owner of Spray Lake, and he continues to drive the company forward despite a series of challenges.

“We went through really tough times in the ’80s,” he explains. “After we bought the company out, for the entire decade, we just held on.” Once the early ’90s arrived, and the mill became more profitable, Mjolsness did a complete overhaul of the mill to form the business as it stands today.

Product diversity for difficult times
As the Spray Lake operation grew and the permanent site was built in Cochrane, one of the primary goals for the operation became minimizing the amount of waste wood from the sawmilling process.

“In the 1970s, it was the vision of my dad and his brother to have zero waste,” says Mjolsness. “So over the years we have developed a segment of our business called Top Spray.”

Top Spray combines the wood chips, sawdust and waste wood into a marketable product: a series of decorative wood landscaping materials for commercial and consumer use.

“We take our bark, grind it fine, age it, screen it and then blend it into a variety of products,” he explains. “We use it for mulch covers, landscaping beds around trees as well as for erosion control and slope stabilization projects.”

The result is a business that has grown into a booming operation with its own separate staff on the site of its Cochrane sawmill as well as a separate retail operation based three hours away in Edmonton.

“Top Spray has done very well for us,” says Mjolsness. “That has been one of the keys in getting us through the really, really difficult times: the diversity of our products.”

Success with pressure treating
One of the first changes brought in by Barry Mjolsness when he became a co-owner of the company was to provide pressure-treated wood products for customers throughout Western Canada. That decision also has paid dividends for SLS, giving customers another unique product and helping SLS achieve the product diversity needed for the lows in the lumber market.

“In the early ’80s, we got into the pressure-treated business and it’s one of the reasons we survived,” says Mjolsness. “It gave our company an important value-added product and a little bit of diversity. Over the years we have built that business up and now it’s a substantial part of our operation.”

Spray Lake has two vessels for pressure-treated lumber at the Cochrane sawmill site: one that uses Alkaline Copper Quaternary (ACQ) and the other that uses Chromated Copper Arsenate (CCA) and MicroPro (micronized copper preservatives). Because each pressure-treating system has its own technique, requiring two separate lines, the company can accommodate customers’ personal preferences.

Making the cut
The mill currently processes around 100 million board feet per year, with a wood mix of 75-80 per cent pine and 20-25 per cent spruce. All of the wood comes in to the mill at tree length and is cut based primarily on orders received by customers throughout Western Canada, east to northwestern Ontario, with a small amount going to the United States. Spray Lake’s wood supply, part of which was obtained by Chester in 1966 when Alberta introduced its timber quota system, comes from a long, narrow strip of forest located on the east side of the Rocky Mountains. The strip runs from west of Sundre all the way south to Crowsnest Pass. That tract of forest represents approximately 300 kilometres from north to south but is as narrow as a few hundred metres in some spots.

The sawlogs are fed down two optimized bucking lines, with a 27-inch Nicholson debarker handling the large and medium-sized logs that are sent through the dual line from Optimil, and a 17-inch VKB debarker that handles the smaller logs for the HewSaw line. The three breakdown lines allow SLS to meet customer demand for boards whose dimensions range from 1x4 to 2x10 as well as demand for 4x4, 4x6, 6x6 and 3x12 boards.

The Optimil canter line with HQAE (horizontal Quad Arbor Edger) and 10” VDAE (Vertical Double Arbor Edger), processes most of the volume and is supported by a Hewsaw, Headrig & 10” Shurman Edger for the large/small log sorts. An optimized Catech board edger handles all reman boards that are produced. The boards are then fed through the USNR multi-saw trimmer before sorting into 48-bins. From there, the boards are fed into the Stetson Ross planer after drying.

Once the posts are removed from the process, they are sorted by diameter/length and carted to a separate building with a Valmet 892 forwarder. The post peeler line consists of an automated Morbark post peeler, an inline pointer/domer and a sort system.  Fence posts have been a successful value-added product of the business for many years.

Once the posts are removed from the process, they are sorted by diameter and carted to a separate building with an old Valmet 892 forwarder. The post line consists of a modified Morbark post peeler system. The posts are then sorted and bundled by the hundred for sale to Spray Lake’s customers. Fence posts have been a staple of the SLS business for many years as it has been a successful value-added product for the business, even before Barry took over the day-to-day operations.

Ready to expand
The success of its diversified line of products, as well as the upswing in the lumber market, has put SLS in a position to consider an expansion of its current operation. There is also an opportunity to expand the operation based on the amount of wood resources available, as the sustainable cut available on their land is higher than what is being cut now. As a result, SLS will look to increase production from 100 million board feet to 120 million in 2014.

That increase will require an upgrade to the mill as well, and Mjolsness and his team have identified planer optimization as the best opportunity for an investment that will help them meet their production goal for next year. It will represent the first major upgrade since 2004, when the second cylinder of the pressure-treating system was introduced.

The expansion plans also will depend on another mitigating factor that could become a concern for Spray Lake: the effect of the mountain pine beetle. Considering the impact that MPB has had on forests in B.C., and the fact that 75-80 per cent of the SLS wood supply is pine, it is a concern for the team. However, they appreciate the work that has been done to prevent the spread in Alberta.

“It is a threat, but I think the Alberta government, to their credit, have done a pretty good job of managing the pine beetle,” he says. “Right now, beetle infestations have been knocked back considerably. But it really is wait and see.”

Should Spray Lake be able to avoid a setback caused by the introduction of MPB into its woodlands, the mill will be able to go ahead with expansion plans, securing its place in the Alberta forest products industry and looking forward to more landmark anniversaries after this year’s celebration.

A memorable celebration
To mark the 70th anniversary of Spray Lake Sawmill, Barry Mjolsness and his team opened the doors and invited in the Cochrane community.

On Sept. 19, Spray Lake hosted an open house that provided an opportunity for the community to see the sawmill operation up close, but also included live music, children’s entertainment and a host of other activities. The event featured keynote speeches from Minister of Environment and Sustainable Resource Development Diana McQueen, who attended the event on behalf of the Alberta government, and Truper McBride, mayor of Cochrane.

The open house helped to mark a long tradition of forestry in the region, while also celebrating the hard work and dedication of the Spray Lake Sawmill staff in providing high-quality products and service for so many years.

What made the event extra special for the staff at Spray Lake was the attendance of Spray Lake Sawmills founder Chester Mjolsness. Now 93 years old, the company’s founder took part in the day’s activities and recounted some stories of the early days of forestry in the foothills region of Alberta. 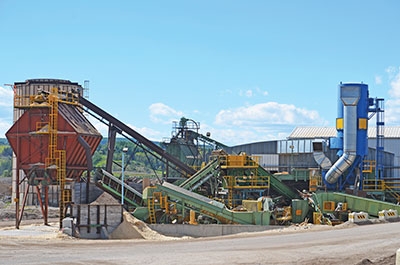 The chip plant at Spray Lake provides materials for Spray Lake’s Top Spray operation. It hasn’t always been an easy business to be in
Print this page