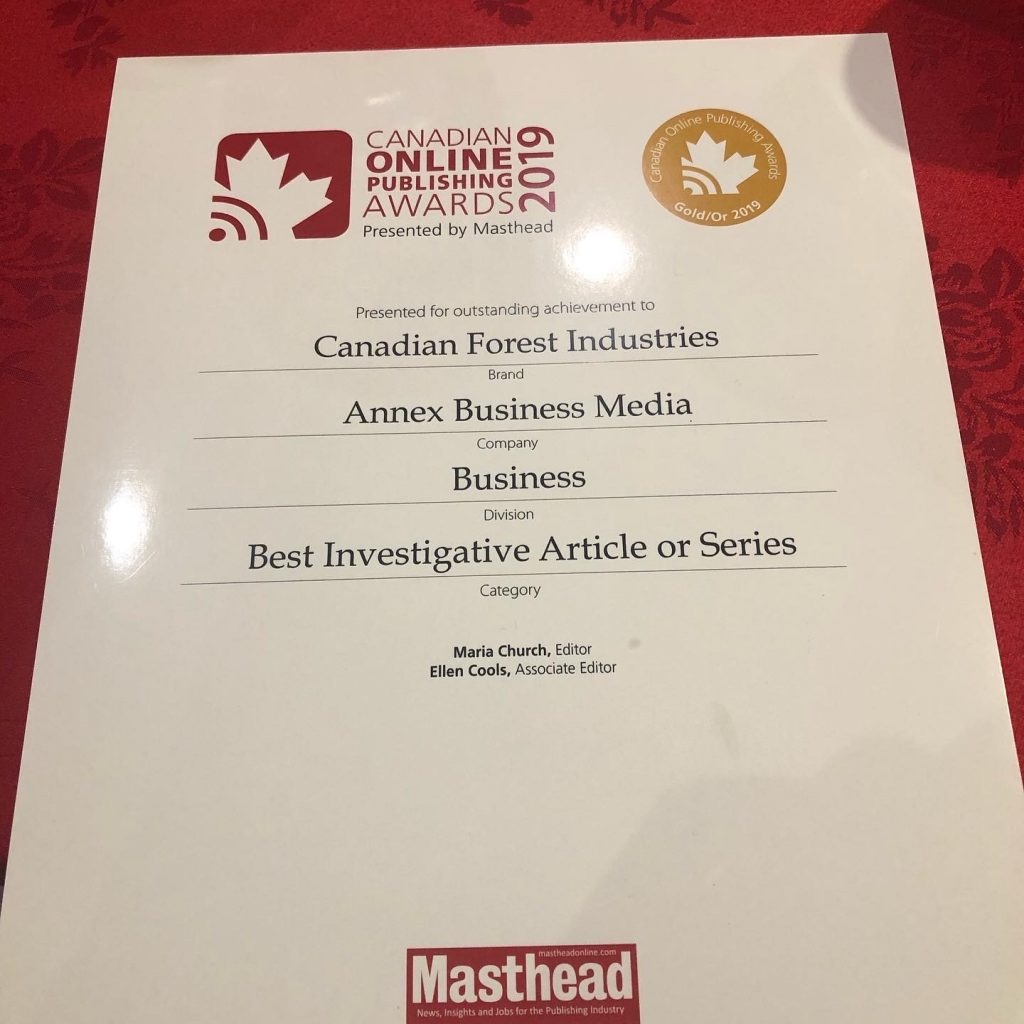 Canadian Forest Industries is proud to announce that editor Maria Church and associate editor Ellen Cools won gold for Best Investigative Article or Series for their Women in Forestry series at the Canadian Online Publishing Awards on Jan. 9, 2020.

In 2016, women represented just 17 per cent of the forestry industry workforce. But in the past couple of years, there have been multiple initiatives to boost this number.

For example, last year, the federal government invested $467,000 to promote gender equality in forestry as part of a project called the “Gender Equality in Forestry National Action Plan,” run by the Canadian Institute of Forestry (CIF), in conjunction with the Centre for Social Intelligence. The project aims to remove barriers that prevent or discourage women from pursuing careers in forestry and bring women currently working in forestry together with industry stakeholders, NGOs, Indigenous groups, professional associations and women interested in working in the industry. The CIF is also working with the Forest Products Association of Canada (FPAC) as partners in a “Gender Equality in Forestry Steering Committee” to develop pilot projects improving opportunities for women.

It is clear that a cultural shift is underway in the forestry sector, as suggested in a report on gender diversity in forestry from business law firm Osler. Maria and Ellen are proud to play a part in this shift by showcasing the accomplishments of women in the industry, and are excited to expand their efforts this year by creating more Women in Forestry content in new formats, to be published around International Women’s Day 2020.

The Women in Forestry Q&A series can be found here.

If you’re a woman in forestry interested in taking part in our Q&A project this year, please get in touch with Ellen Cools at ecools@annexbusinessmedia.com.