Features Opinions
CFI’s September/October issue is out now and it’s a family affair!

Issue celebrates families, businesses, and the next gen 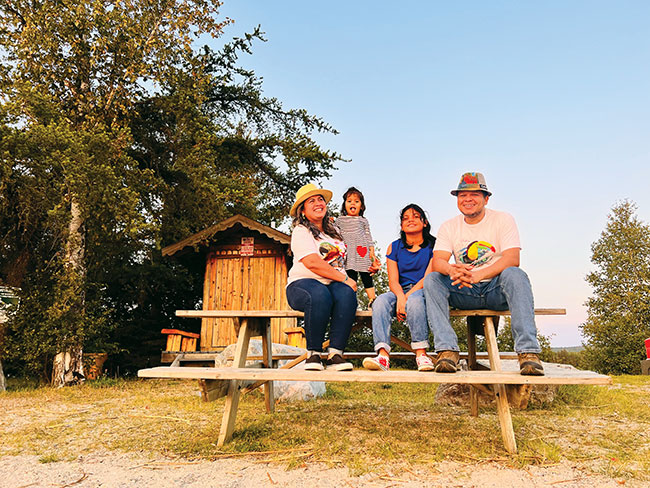 Gabriel Ortega and his family moved to White River from Honduras last year to work at the mill. Photo courtesy of Gabriel Ortega.

This is a feel-good issue.

In this edition of CFI, we explore values, leadership, work ethic and success.

First, we introduce you to our industry’s rising stars featured in our cover story. They are the young foresters, loggers, engineers, founders of a successful start-up, game-changers and innovators who are being feted at this year’s momentous Top 10 Under 40 awards.

It is worth noting the crucial role that their families played in the success of some of our awardees, whether being inspired by a parent who worked in the industry, or getting a head start from a family member in starting or continuing the family business.

In this 10th edition of the awards, we were again impressed not only by the quantity, but very high quality of nominations.

For the first time in 10 years, we have an equal number of men and women awardees from all over the country. It is indeed inspiring to read about the future leaders of our industry who are at the top of their game.

Also at the top of their game are the two multi-generational family-run enterprises we are featuring: Kalesnikoff Lumber and Herrington Logging. In addition to running profitable businesses, these ventures affirm their family values and commitments to quality, service and giving back to the community. 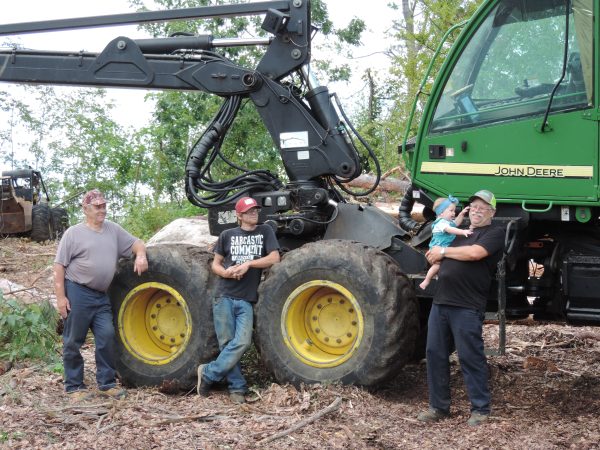 Kalesnikoff is a company run by young ones. In fact, its CFO and COO were past CFI Top 10 Under 40 awardees. I met with the inspiring COO, Chris Kalesnikoff, in August, when I visited the company’s woodlands, mass timber and sawmill facilities in B.C.’s Kootenay region.

Chris told me the inspiring beginnings of Kalesnikoff Lumber, when a young immigrant family started a small logging business in 1939 and never stopped innovating and evolving to become the groundbreaking family-oriented firm it is now. Currently, the average age of employees at Kalesnikoff is between 30 to 40. 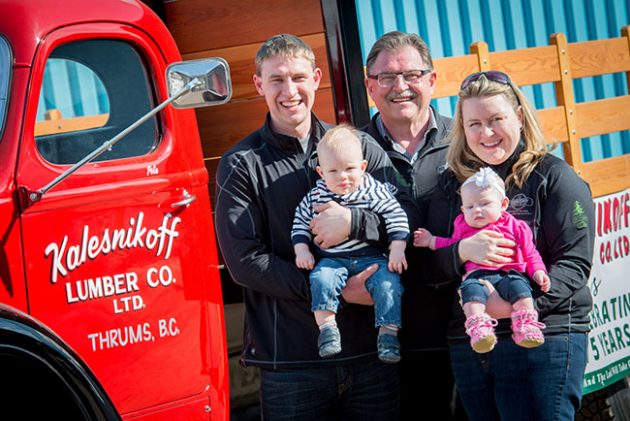 The family can trace the mill’s roots back to 1939. Photo courtesy of the Kalesnikoff family.

Our managing editor, Maria Church, sat with one of the inaugural Top 10 Under 40 awardees, Lacey Rose, for a 10-year update on her journey in the forest industry.

Of course we have our regular feature on sawfiling; a rundown of the newest kilns in the market, as well as tips on operating chainsaws in the winter.

Contributors also wrote about improving the reliability of Canadian resource roads to provide forest management access, and about a forest owners co-operative pilot program in Ontario involving orphaned and fragmented conifer plantations in the province.

Also for this edition, we went to Nova Scotia and sat down with members of a committee that keeps tabs on forestry’s social license, to learn how they are offering a platform to concerned citizens to better understand what it will take to re-establish a pulp mill in their community.

Our team also went to White River, Ont., to find out how the re-opened sawmill is addressing labour shortage through immigration.

We get to hear the heartwarming story of Gabriel Ortega, a new immigrant from Honduras who moved his family to White River, Ont., last year so he could work at White River Forest Products.

“It’s easier to succeed in this country, which is more fair for everybody,” he proudly said.

If you have or know of a similar story, we would love the honour to be the storyteller. If you have an idea for an article, do let us know. You can reach us via our social media channels: LinkedIn, Facebook, Twitter and Instagram, plus my email. I am happy to let you know that we read your suggestions and we are pursuing them. In fact, one such idea is found in this issue – a reader suggested an article about operating chainsaws during the winter months, and voila, we have some tips on proper operation and maintenance during the cold months.

The rest of your suggestions will be in the upcoming issues, so stay tuned.

Meanwhile, I hope the stories in the next pages will inspire you the way they did our team.