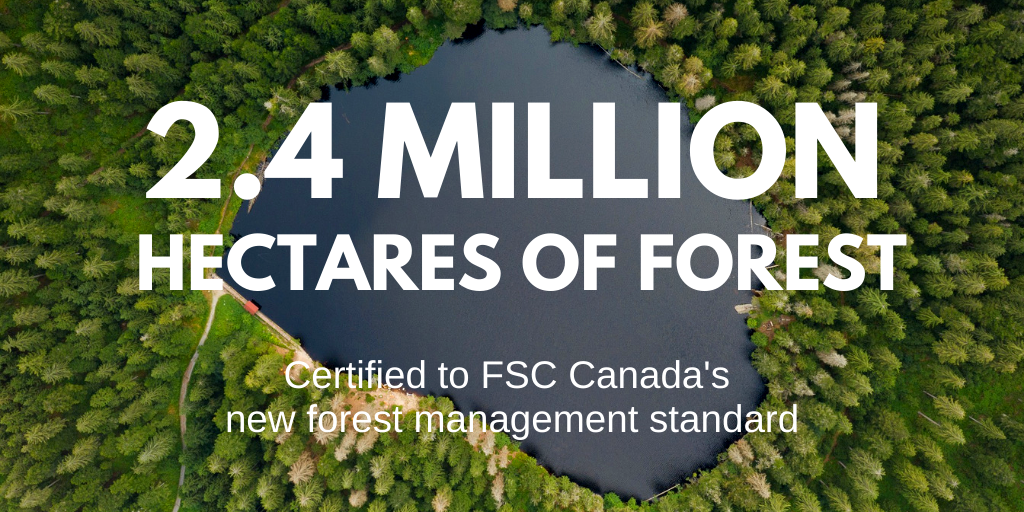 Chantiers Chibougamau, also known as Nordic Structures, is the first in Canada to have its forest certified under the Forest Stewardship Council (FSC)’s new standard released a year ago.

This fall, Chantiers Chibougamau will open Nordic Kraft, a newly revitalized pulp mill that will add 300 jobs to the community and yield 300,000 tons of kraft pulp each year.

A culture of sustainability

The new FSC standard unifies all regional sustainability efforts and is now updated to reflect such pressing issues as the woodland caribou crisis, the rights of Indigenous peoples, workers’ rights (including gender equity), conservation and landscape management.

While there was some industry buzz around the new certification being challenging to achieve, representatives at Chantiers Chibougamau say they saw an opportunity to learn, grow and push themselves to future-proof their operations.

The company first sought FSC certification in 2007, recognizing that it was important to have external credibility to validate its raison d’être. Two years later, it had fully integrated the standard into its forestry practices.

“The FSC standard provides us with important guideposts and best practices that reinforce who we are and where we want to go as a company,” says Fréderic Verreault, executive director, corporate development. “If it were too easy to achieve the standard’s requirements, then it simply wouldn’t have the meaning that it does.”

Verreault says many of the company’s clients request its specialty materials be FSC-certified. This has evolved over the last decade from a nice-to-have to an important requirement.

“FSC provides a measure of how trustworthy we may be for anyone who may not know us. Within one minute of meeting prospective customers we share that we are FSC certified and can demonstrate our highly attractive carbon footprint,” says Verreault. “This has been crucial to our success in meeting the needs of today’s marketplace.”

Verreault says the company had a responsibility to its community to keep the forests healthy, and to work conscientiously with Indigenous peoples in the region.

“We take pride in forging strong relationships with the local Cree nation,” Verreault says. “From elders to trappers and Cree entrepreneurs, we collaborate to achieve a balance between our industry and their traditional ways of life.”

He says the most challenging aspect of the new standard was in protecting woodland caribou. “The science and data are always evolving, and it was important to equally balance the needs of Indigenous peoples, environmental groups, and our own production goals,” says Verreault.

FSC provided the company a caribou-focused orientation session to explain the new standard.