The most stringent emissions standards ever for heavy-duty diesel engines are just around the corner, and they’ll be accompanied by a hefty price increase. Over the past couple of months, truck makers have been announcing 2010 pricing, and if you haven’t been paying attention you could be in for a real case of sticker shock when it’s time to replace your ride. 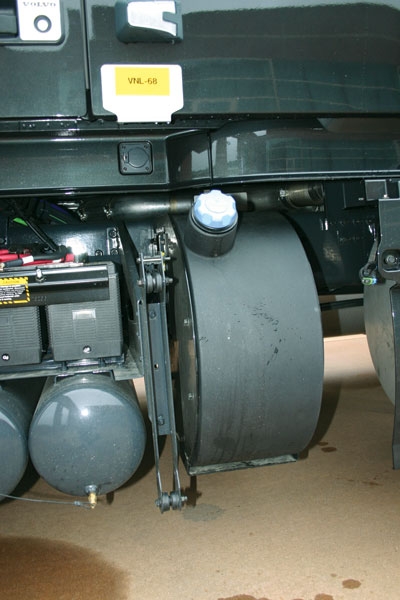 Volvo will charge $9,600 more for trucks built after Jan. 1, 2010. Freight-liner and Western Star trucks with Detroit Diesel engines will cost $9,000 more than today’s models. Freightliner trucks with Cummins power will also cost an extra $9,000 and International trucks with the company’s MaxxForce powerplants will cost $8,000 more than they do today. (Caterpillar, as you likely know by now, will have left the North American heavy-duty on-highway engine market by 2010 although you may see a Cat-branded logging truck someday).

In most cases the impending price increases will be passed on as a ‘non-negotiable’ emissions surcharge, so there’s no avoiding them. The cost increases go hand-in-hand with the next round of EPA emissions standards, which require engine manufacturers to reduce oxides of nitrogen (NOx) by about 90% to 0.2 g/hp-hr. It’s an ambitious target that will result in virtually smog-free engines that in some cases may actually churn out cleaner air than they suck in. But getting there isn’t cheap, and as always the cost of compliance will be passed along – from engine manufacturer to truck operator and ultimately to the forestry companies that require their services.

Two competing engine technologies will be available in 2010 and they’ve been discussed in this space before. In short, Cummins, Detroit Diesel, Mack, Paccar and Volvo will be using an exhaust aftertreatment system known as Selective Catalytic Reduction (SCR). This requires an SCR catalyst and a separate tank that houses a urea/water mixture now called Diesel Exhaust Fluid (DEF). DEF is dosed in small amounts into the exhaust stream, creating a chemical reaction within the SCR catalyst that converts NOx to harmless water and nitrogen. The bad news is that SCR occupies frame rail space, requires the use of a new fluid, adds a few hundred pounds to the weight of the vehicle and requires the driver to monitor DEF levels and top it off when required. The good news is that SCR improves fuel economy by 3-5% (even after DEF is factored into the equation), is proven around the world and allows manufacturers to reduce Exhaust Gas Recirculation (EGR) levels and focus on engineering the engine for optimum performance and reliability. 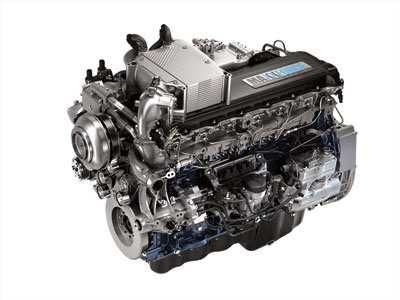 Navistar is a lone wolf, avoiding SCR and instead ramping up EGR levels by about 10% in what it’s calling ‘Advanced EGR.’ It’s not easy, however, since every increase in EGR flow rates results in a corresponding loss of engine efficiency. Fortunately for Navistar, it has earned EPA credits for exceeding emissions requirements on past engine designs and it will cash in those credits to buy some extra time. On Jan. 1, 2010, Navistar’s International MaxxForce engines will emit 0.5 g/hp-hr of NOx and that will be dialed back to the mandated 0.2 g by the time its credits run out, expected to occur sometime in 2012. EGR, which has been employed by all engine manufacturers since 2002, involves cooling exhaust gas and circulating it back into the cylinder to cool combustion and discourage the formation of NOx in-cylinder.

Increasing EGR levels poses challenges such as increased heat rejection (which is being handled by a larger cooling system) and is dogged by questions of just how much EGR is too much? The good news for Navistar customers is that no driver involvement is required and truck owners won’t have to worry about finding and buying DEF. Navistar’s critics will tell you its EGR solution will not be as fuel-efficient as SCR, but the company counters that it’s taking a holistic approach to fuel economy, focusing on tweaking tractor aerodynamics and trimming vehicle weight to reduce fuel consumption in other ways.

There’s another fly in the ointment for Navistar, however. It won’t have developed its 15-litre MaxxForce until sometime in 2010, leaving a small gap in which it won’t have anything larger than its 475-hp MaxxForce 13 available to customers demanding big power. Loggers unquestionably fall into that category.

Tim Shick, director of business and product strategy, big bore engine business with Navistar, said the company is hoping truck owners get over their love affair with high-horsepower engines.
“More than 80% of our volume right now is 475 hp and below,” he told Canadian Forest Industries. “If they have the power they need and we can prove their durability and they can pick up some weight savings and fuel economy by going with a 13-litre, why would you want to continue with a 15-litre?”

It’s a fair point – one that the Forest Engineering Research Institute of Canada (FERIC – better known now as FPInnovations) has been making for years through its Star Trucks spec’ing program. But convincing loggers to move to a smaller engine is an uphill climb.

The bottom line is that if you are a fan of International trucks and wish to avoid SCR, you’d better act now to ensure you can still get a high-horsepower Cummins engine under the hood (and save on the emissions surcharge in the process) or consider the benefits of a smaller engine.

“For people that legitimately require 500 hp or more, we will continue to have Cummins engines available for the next several months as we phase out of 07-09 (emissions) engines in early 2010,” Shick said. Since the last of those engines will be built Dec. 31, 2009, and truck makers are not allowed to stockpile them beyond normal practices, time is running out to secure one of the final pre-2010 emissions packages. “We are encouraging customers that really do legitimately need a 15-litre (engine) to get one on order and plan their needs with us as early as possible. We still have them, but we don’t know for how long.”

Avoiding the Up-charge
If avoiding the nearly five-figure up-charge is your main concern, the same sense of urgency would apply to the other manufacturers as well. Pre-EPA2010 engines will be available for a limited time only, so it may be worth revisiting your replacement schedule and calling your dealer to see if you can still get your hands on a 2009 engine. Or you can simply embrace the new technology, which, for the first time since the EPA began cracking down on diesel emissions, is promising improved fuel economy (at least in the case of SCR) rather than a penalty.

Engines with SCR are well tested in real-world applications that run the gamut. Detroit Diesel, as a case in point, has racked up more than 25 million miles of testing on its BlueTec SCR system.

“The 2010 BlueTec technology will be one of the most extensively tested emissions technology systems in our company’s history,” David Siler, director of marketing with Detroit Diesel, said recently.

As we transition into 2010, there’ll be no shortage of high-horsepower engine options available in the SCR camp. Detroit Diesel’s DD16, Volvo’s D16, Mack’s MP10 and the Cummins ISX15 will all fit the bill nicely. And when it comes to market, I’m sure the MaxxForce 15 will also be fit for logging. So there’s no shortage of choices for truckers heading into 2010, but the truck and engine landscape is changing in ways that’ll be better for the environment, if not your pocketbook.