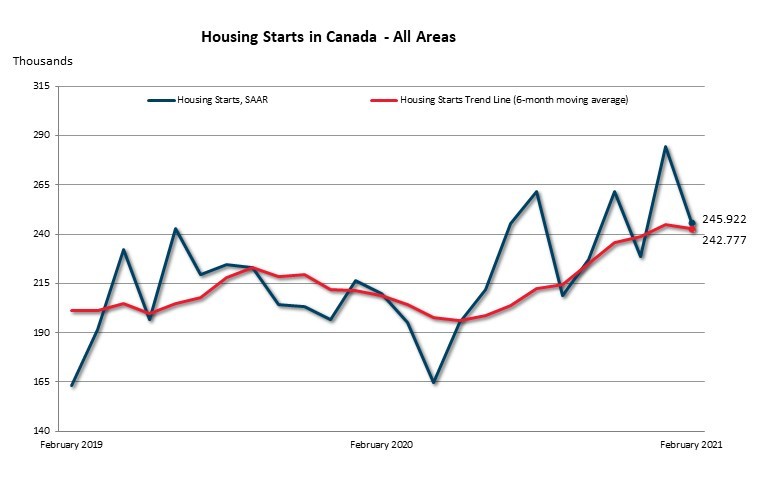 The trend in housing starts was 242,777 units in February 2021, down from 244,963 units in January 2021, according to Canada Mortgage and Housing Corporation (CMHC). This trend measure is a six-month moving average of the monthly seasonally adjusted annual rates (SAAR) of housing starts.

Rural starts were estimated at a seasonally adjusted annual rate of 14,880 units.