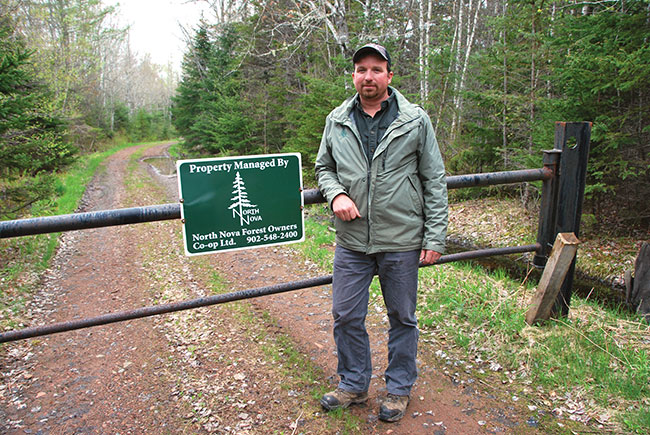 Nova Scotia may claim a small percentage of the Canadian forest products industry, but its unique land base means it has one of the highest provincial percentage of woodlot owners. Rough estimates say there are upwards of 30,000 privately owned woodlots in Nova Scotia, and each one with a different set of interests and needs.

Greg Watson is the general manager of North Nova Forest Owners Co-operative – one of a few privately run co-operatives in the province that bridge the gap between forest owners, logging contractors and sawmills.

“The co-operative is about knowing where the wood is and getting it to the mills so the mills can count on a certain supply, but there are other values we promote like conservation and carrying out the best management possible,” Watson says. “We’re long-term planners.”

Around 300 woodlot owners in the Cumberland, Colchester and Pictou Counties make up North Nova, totalling just over 75,000 acres. The largest woodlot from among their membership has around 12,000 acres and the smallest has fewer than 20 acres.

The average annual production of North Nova is just 40,000 cubic metres, but that number can vary greatly year-to-year depending on what each of the 300 woodlot owners chooses to do with their fibre. The woodlots have upwards of 32 different species of hardwood and softwood, all of which is used by local sawmills or the nearby Northern Pulp mill.

All harvesting is cut-to-length, collected and brought roadside by forwarders. Log truck trailers in Nova Scotia have log loaders built in.

The North Nova staff is limited to just four people: Watson, an office supervisor, and two forest technicians. They also employ five pre-commercial thinning crewmembers. A six-member board of directors is elected from among the shareholders at the company’s AGM.

Technology updates
In recent years, North Nova has invested in solutions to make the business more efficient. A major one is the ArcGIS database that hosts all of the co-operative’s properties, watercourses, stands and volumes.

“It’s making the job easier. Now all our jobs go on the computer so all the treatments are on the harvester computer. We use a thumb drive to load them on the harvester so the operator knows where the watercourses are, what the objectives are,” Watson says.

Watson also uses a free mobile software called Avenza Maps, which taps into his phone’s GPS and allows him to draw on the map, measure, and add any notes about the job site. The maps are compatible with the ArcGIS database.

At the end of each job, North Nova collects the harvester data, reviews it and adds it to their files. Watson says they have the option of hosting all the data on the cloud to make the data transfer and communication between them and the contractors instant, but they haven’t seen the need yet.

“All of our data is on the cloud for us. But for the contractors, they would need to have Internet all the time and that would cost more money. After each job we just take the tracks off and file them on our system. We’re out there all the time anyways,” Watson says. 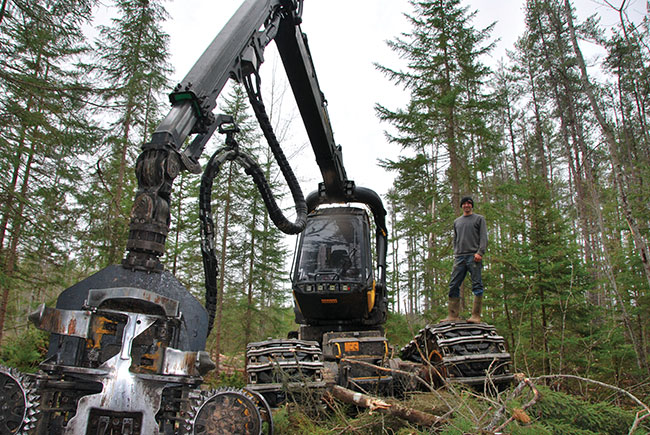 Kim Construction is one of a handful of contractors that work with North Nova. One of their operators, Andrew Lund, runs a 2017 Ponsse Scorpion harvester.

A contractor for each job
One of the challenges North Nova faces is the shortage of logging and hauling contractors in the province. In CFI’s 2018 contractor survey, we found Atlantic Canada’s contractors are among the oldest in the country. Survey results show 43 per cent of the Atlantic contractor pool is over 56 and just 12 per cent are under 35. (Read the survey summary for Atlantic Canada here).

North Nova has long-term relationships with a handful of contractors and it’s Watson’s job to make sure both the co-op and the contractors benefit from the relationship. That sometimes means using unusual harvesting methods, such as horse logging.

Brad Yantzi contracts his horse-logging operation to North Nova for jobs that require a delicate footprint or for owners who prefer a non-mechanized harvest. “Brad used to run a harvester, but he wanted out of the harvester and wanted a more flexible schedule. So he started his own business. Now he’s doing layout for us and doing the horse logging,” Watson says. “I figured, it’s a service to our people and if we can make the economics work we should do it.”

Not surprisingly, horse logging makes the most economic sense when the scale is appropriate, such as small maintenance jobs at older thinning sites where there are only one or two loads to take out. “It works well mixed in with what we’re doing, but you wouldn’t be able to run a company using that system,” Watson says.

A larger mainstay contractor for North Nova is Kim Construction, owned by John Dorey, who named the company after his wife, Kim.

Watson and I visited John and his crew while they were harvesting at a site in Black River near Oxford, N.S. The site, owned by George Dorn, was receiving two harvesting treatments: overstory removal in one area and commercial thinning in another. The crew was running three Ponsse machines: a new 2017 Scorpion harvester and an older 2015 Scorpion, and a 2016 Ponsse Buffalo forwarder.

North Nova’s other contractor is owner/operator Justin Rushton, who runs a Kubota excavator with AFM, Arbro and Metavic harvesting and grapple attachments.

Greg Baerg is a new hauling contractor for North Nova, running two Western Star log trucks. “I try to balance our harvests to keep him working,” Watson says. “If we get ahead of him with higher-volume harvests I’ll try to plan for a lower volume harvest to offset. If we have low volume plantation thinnings, we can’t keep him busy. But when we get into bigger wood we bury him. So we have to keep jumping back and forth.” 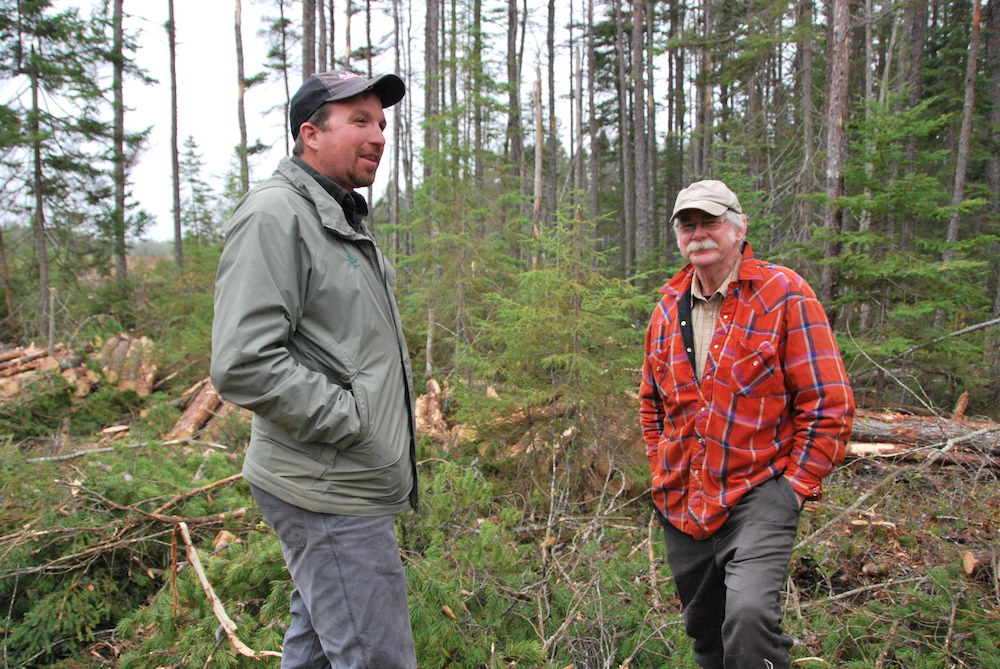 Keeping afloat
The past couple of years in Nova Scotia have been lucrative for the forest products industry with sawmills taking advantage of the record high lumber prices in North America. North Nova was no exception.

The company’s steady land base allows them to scale up or down the harvests each year in reaction to the ebbs and flows of the larger markets, Watson says. “We can scale our harvests back based on the treatments; we can do lower volume harvest treatments like commercial thinning in the under stands.”

Watson will also be keeping a close eye on the other industry uncertainties facing the Nova Scotia forest sector, such as the future of Northern Pulp in Pictou County, and provincial policy changes in the wake of the Nova Scotia Forest Practices Report authored by William Lahey, published in August 2018.

“I’m optimistic, but there are challenges ahead for sure. Our philosophy is to put our heads down while the going is good and try to keep our wood picked up,” Watson says.

“Our goal is to keep everyone busy and working. We want to make sure we’re always growing wood,” he says.