Industry News News
COFI Convention 2017: What you need to know

Jan. 23, 2017 - If you’re in the forest industry in B.C., you probably don’t want to miss the Council of Forest Industries’ (COFI) annual convention. As president and CEO Susan Yurkovich describes, “It’s the premiere event for the forest industry in Western Canada… The COFI Convention is a great opportunity to spend time with your colleagues, people from different companies, different supplier groups — it’s a gathering.”

Traditionally held in Kelowna or Prince George, the convention is taking a different route this year and being hosted in Vancouver. “We’re hosting it in the beautiful Convention Centre West, which has a fantastic use of wood in the structure, and is one of the buildings that demonstrates the beauty and applications of our product,” Yurkovich says.

“It’s an interesting time in the province of British Columbia because we’re heading into an election,” she says. “And for the industry, we have the usual challenges around being a global supplier of high-quality wood products, but we also have a  challenge around softwood lumber and the fact that the agreement has expired and that we are looking for a way forward.”

This year’s convention theme is Forestry for the Planet, Forest Products for the World. “We’re really focusing on the fact that wood products are an excellent material for all kinds of reasons: strength, beauty etc., but they are also a product that can help jurisdictions around the world to meet the climate change targets,” Yurkovich says.

“And of course we’re really focused on the increasing use of wood in different applications and taller structures. We want to be able to showcase that, and how wood can be part of not only a sustainable solution from a harvesting perspective, but also be part of the climate change solution in that trees that are growing are storing carbon. And then of course, if you’re building with wood you’re capturing that carbon and that carbon is stored in the structure you’re building.”

Yurkovich says approximately 500 delegates are expected to attend. “We are an industry that’s selling our products around the globe. We’re going to have a panel session on the markets. We’ll be looking at the U.S. and the challenges it presents, but also the opportunities in terms of housing growth etc., what we’re seeing in Asia, also some of the emerging markets like India, and  what’s going on with Russia,” Yurkovich says. “We’ll have both government and industry represented, along with suppliers, stakeholders and communities.”
{gallery}COFI CONVENTION PHOTOS{/gallery}
The convention has already almost sold out of its exhibit spaces. “It’s a great opportunity to focus on the industry, particularly in Vancouver. I live in Vancouver, but I’ve spent a lot of my career in and around small communities outside the Lower Mainland. It’s a really great opportunity to bring the convention to Vancouver because we’ll reach a new audience, and it’s really important that people in the Lower Mainland understand the importance of the sector to the province of British Columbia,” Yurkovich says.

“I’m excited about the opportunity to host it in this venue and the speakers lineup. It’s going to be a great convention and we look forward to hosting all of our delegates.”

The COFI Convention will take place from April 5­–7, 2017. For more information, visit http://www.cofi.org/convention/2017-convention/. 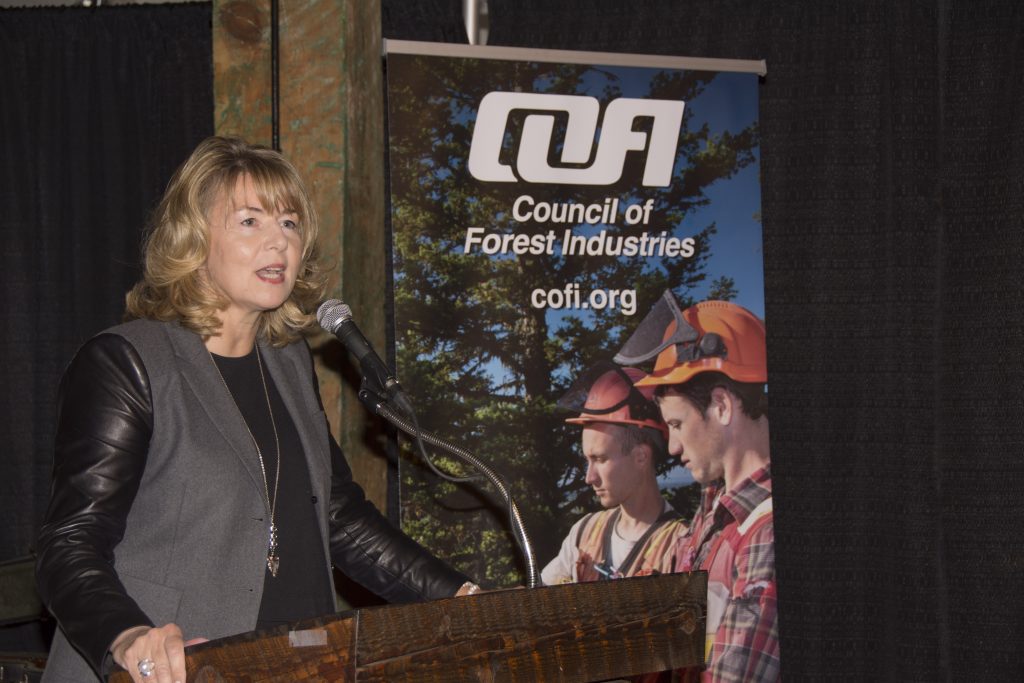