April 8, 2016 – The recently built power plant in Mackenzie, B.C. was in the spotlight during the “Innovation, Future Opportunities” session at the COFI 2016 Convention in Kelowna, B.C.

The $100-million power plant has been in operation since May of last year. It is fuelled by 500 tonnes per day of biomass feedstock that is fed into the boiler.

Shields said that his company felt its best path forward was to find new revenue streams that operate around its exiting mill operations.

“Our power business has stabilized employment at our co-located sawmill site,” Shields told the crowd.

With the addition of the bioenergy power plant, Shields said that Conifex now has the ability to generate “stable and predictable cash flows” that don’t vary due to changing lumber prices or export duty rates.

The power plant will produce 230 gigawatt (GWh) hours of net energy per year to over 20,000 B.C. homes throughout the company’s 20-year Electricity Purchase Agreement and Related Load Displacement Agreement with British Columbia Hydro and Power Authority.

When building the power plant, Conifex was informed by engineering consultants that it was able to save about $85 million by repurposing an idled newsprint facility with new equipment, including a Dresser Rand steam turbine generator system and a best-in-class fuel storage facility, instead of building the facility from scratch. 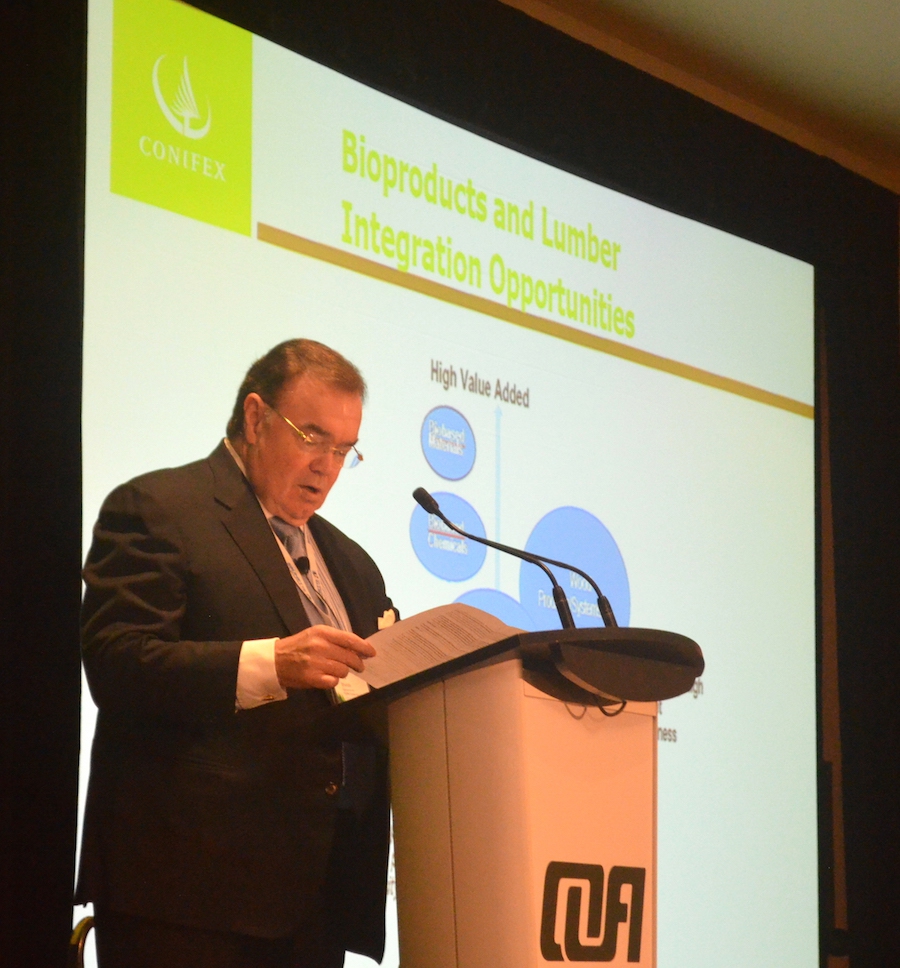