As April draws to a close and the usual construction season starts to come on in Canada and the U.S., demand for softwood lumber remains very hot. While customers are reluctant to pay these way-beyond record-breaking prices, there is little they can do to avoid buying as ongoing building projects must be completed. Builders and contractors are anxious to capitalize on their investments, then assess how they will proceed in the future. At the time of writing, demand for real estate remains extremely high, so those who paid high prices for lumber are simply passing on those costs to the end-user: the home buyer. While much is being written about what is the ratio of increased building material prices in rising home prices, in the end the real estate customer is not concerned.

Folks looking to buy a home are increasing their bids without blinking; to them, whether the price is up nominally due to the cost of materials or due to a very competitive housing market makes no difference. The inventory of new homes for sale keeps dropping. To the real estate customer, these increasing lumber prices don’t matter.

“Another bout of triple-digit price leaps did nothing to deter desperate buyers.” — Madison’s Lumber Reporter

The selling Western S-P-F in the U.S. retained the strong sense of desperation traders have gotten used to in recent weeks and months. Lumber futures yo-yoed up and down seemingly at a whim, throwing players for a loop as they tried to decide on their next move. Producers reported virtually zero availability any earlier than mid-May even after triple-digit price hikes.

Demand for Western S-P-F got more frenzied in the week ending April 23, according to producers in Western Canada. Experienced players expounded that they’ve never seen anything like it. Canadian sawmills were completely sold out to the week of May 17 and showed only limited availability for May 24. Buyers who held off in hopes of some form of correction were cursing that decision now as inventories were leaner and prices significantly higher. 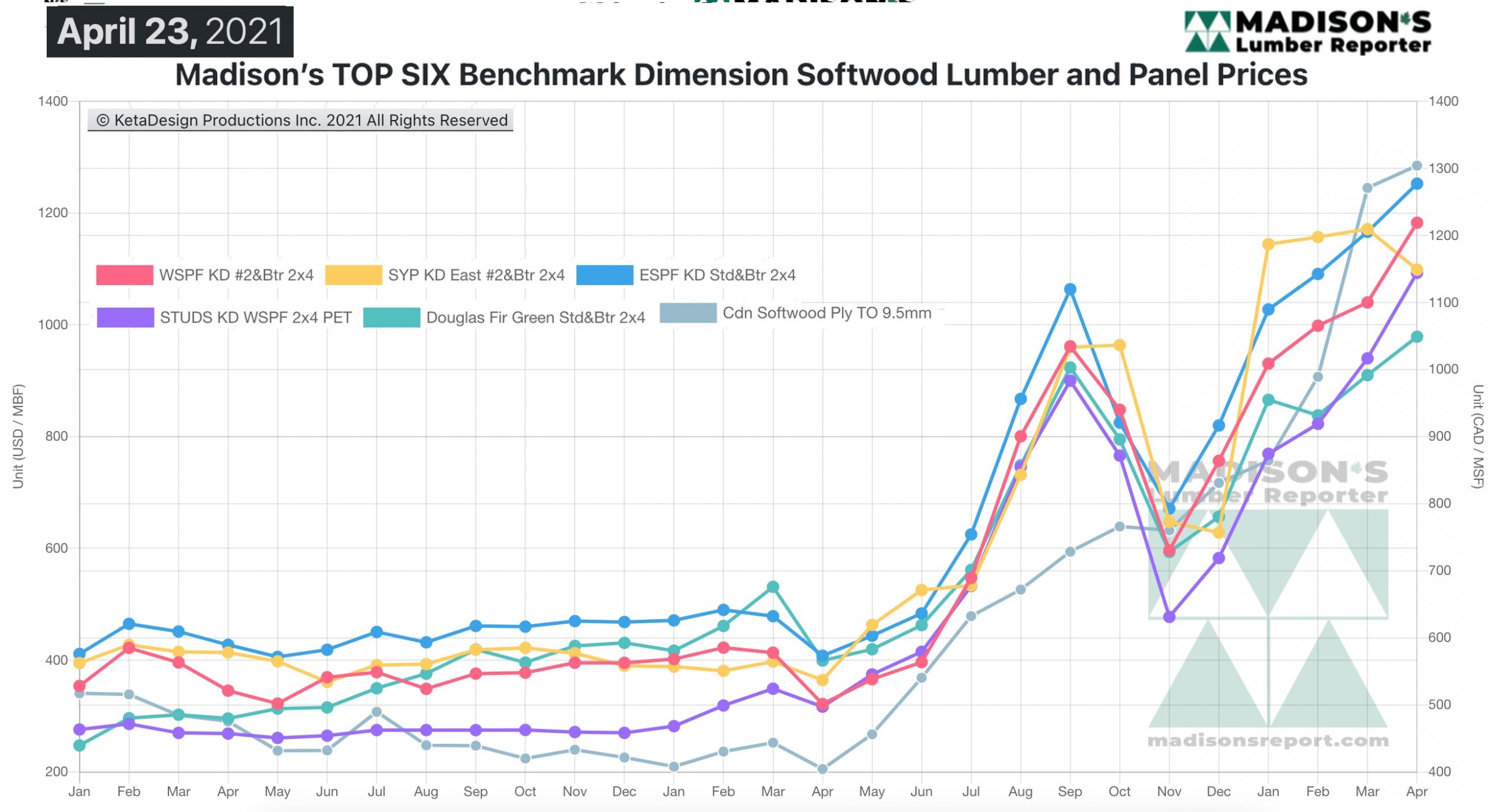 Pushing still higher than anyone could ever have conceived of, in the week ending April 23, 2021 the wholesaler price of benchmark softwood lumber commodity item Western S-P-F KD 2×4 #2&Btr was US$1,330 mfbm. This is up by +$120, or +9%, from the previous week. 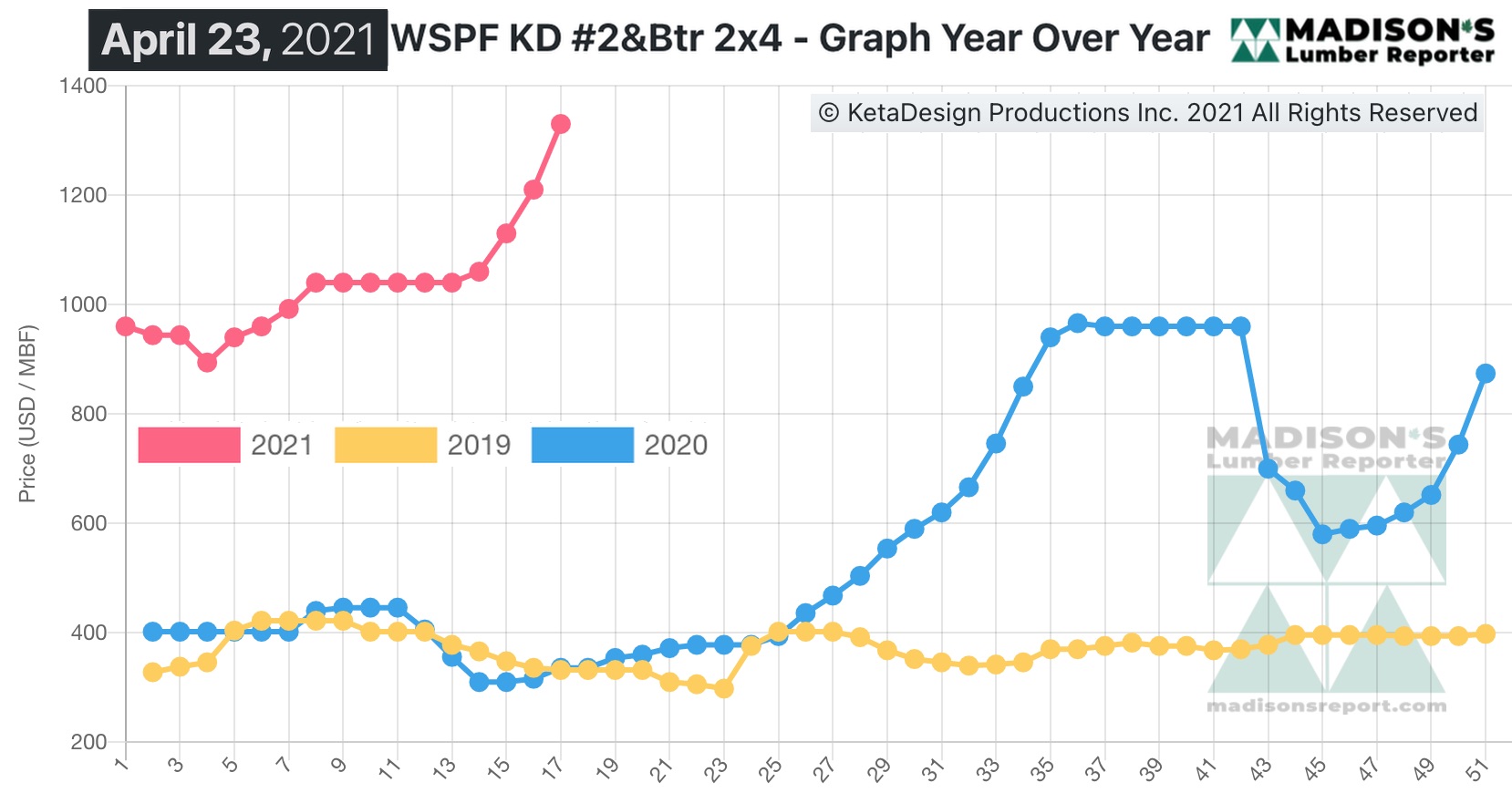