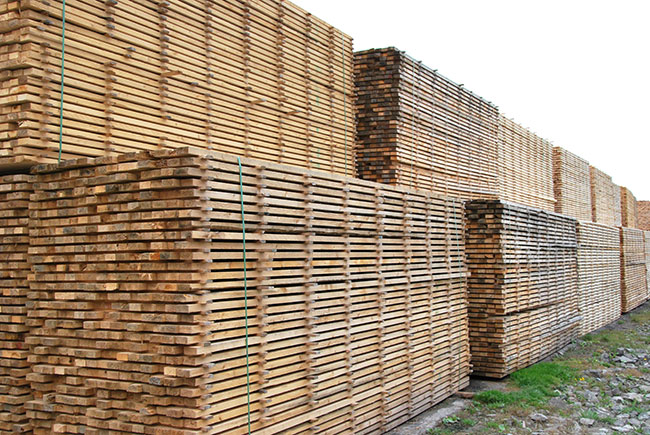 While COVID-19 has created huge challenges for all players around the world, additional supply/demand shocks have affected the global softwood industry this year. Mid- to long-term factors have included trade disputes, domestic industry policies, log cost issues, and climatic events such as fires and insect outbreaks. The 2020 Global Softwood Log and Lumber Conference was held virtually on June 18, 2020, with recorded presentations and six live question and answer sessions. Some of the major dynamics and outlooks from the conference are summarized here.

Central Europe spruce bark beetles
The Central European spruce bark beetle catastrophe is changing domestic industries within Europe and in many global markets. Between 2017 and 2019, over 270 million m3 of standing timber in Central Europe was damaged by a combination of factors, primarily changing climate conditions that featured hotter, drier summers and warmer winters. In combination with frequent windstorms, this created ideal conditions for the spread of spruce bark beetles, especially at lower elevations. The damage is across many countries, including Poland, Switzerland, Slovakia, Italy and Sweden, but the most severe losses have been in Germany, the Czech Republic and Austria. The outbreak in these three countries is so severe that in our 2020 report, Central European Beetle & Windstorm Timber Disaster: Outlook to 2030, Forest Economic Advisors (FEA) predicts that the killed timber volume from the European spruce bark beetle will eventually exceed that of the British Columbia Interior’s mountain pine beetle outbreak.

The volume of dead spruce in the forests of Central Europe has grown exponentially over the past few years and is expected to peak in 2021. Unlike the beetle-killed pine in B.C. – which is salvageable for 10-12 years, and sometimes longer – the beetle-killed spruce can rot quickly so that the dead trees are salvageable for perhaps no more than five years. With hundreds of millions of cubic metres of dead wood already, this number is forecast to explode over the next half-decade.

This bulge of German log exports has made its way to China. Although Europe has not historically been a major log supplier to China, the recent U.S.-China trade dispute has provided an opportunity by making European logs cost-competitive. While tariffs on U.S. logs are now being waived, the pressure on European log producers to find a home for a rising volume of beetle-killed timber will persist; expect to see European logs in global markets (namely, China) for some time. So far in 2020, Europe (as a whole) is now the second largest log exporter to China and is threatening to match the radiata pine volumes from New Zealand this year. Heavily impacted are North American log exports to China, as these have withered as a consequence.

According to FEA’s 2019 Global Sawmill Cost Benchmarking Report, central European sawmills are now among the lowest-cost lumber suppliers of dimension lumber in export markets, including that of North America’s low-cost producer, the U.S. South. This will enable European sawmills to gain market share in the U.S. at the expense of higher-cost Canadian and U.S. West producers if they need to export increased lumber volumes outside Europe. From a European exporter’s perspective, the U.S. market also has the advantage of being accessible by both break-bulk vessels and containers.

The U.S. market looks to be a very good fit for central European mills in an era of spruce bark beetles, but it will depend on net lumber returns and prices relative to other markets. The previous peak of European lumber exports to the U.S. (2005) reached 4.5 million m3 (three billion board feet – nominal) from the 2019 level of 2.2 million m3. Current increases are likely to be seen for some time. In both 2005 and 2019, Germany was the largest European supplier to the U.S. (approximately 50 per cent of European exports), with Austria third (after Sweden) and the Czech Republic fifth. Despite COVID-19, European lumber exports to the U.S. have increased by 53 per cent in the first three months of 2020, with Germany’s exports up by almost 50 per cent, again representing about half of European exports. 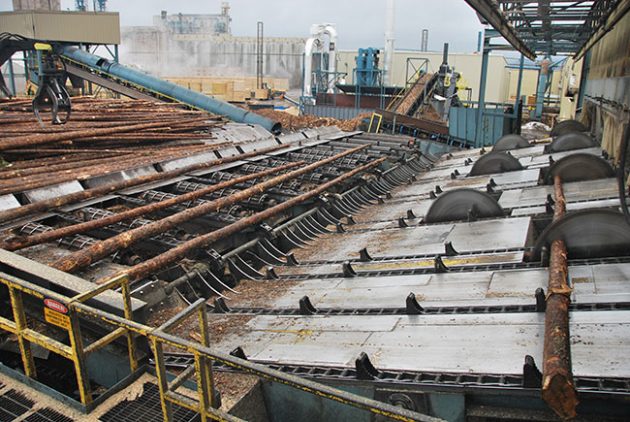 U.S. market
At this year’s conference, the FEA team also discussed the impact of COVID-19 on the North American economies. A deep recession caused by COVID-19 is forecast for 2020, with the U.S. economy not returning to 2019 Q4 levels until 2022. However, the U.S. housing market is forecast to be more robust than the overall economy due to its strong underlying foundations:

Most states and provinces in North America designated the home construction, lumber, and pulp and paper industries “essential services,” allowing them to continue operating throughout the pandemic. While supply has therefore not been badly impacted, there has still been a significant impact on demand. Although DIY markets remained robust through the peak of the pandemic, new residential housing construction softened. Roughly 25 per cent of North American capacity shut down in response to weak lumber prices, with Canada (and B.C. in particular) bearing the brunt of the shutdowns due to their high log costs. Lumber prices have soared since early May, so curtailed mills have reopened, and prices were getting close to a peak by the end of June. A correction is expected in July, especially for U.S. lumber species.

Not surprisingly, mill shutdowns reduced the previously strong log demand that was evident in 2020 Q1. Offshore exports are also down. Domestic and export log prices have slipped sharply as a result and are not anticipated to recover anytime soon given the subdued state of lumber demand.

Challenges ahead
Speakers at the conference mentioned a range of ongoing issues aside from COVID-19, with common trends including climatic events, national policies aimed at developing domestic industries, and technological solutions to practical problems.

Probably the most important theme from speakers from the major exporting countries was that they all need China this year more than ever. With constrained global demand in the short term, there is more production capacity available than markets, so most exporters have the potential to increase exports. Since China was the first country to emerge from the pandemic, many exporters are trying to gauge how much volume the market might import. However, this is fluctuating week by week, and the current consensus (discussed in the Question and Answer sessions) pointed to the likelihood of an oversupplied log market, with prices expected to decline.

Global softwood markets have now largely shaken off the immediate COVID-19 shock. However, future waves of the virus could cause similar shocks to demand, labour availability, shipping logistics, and price volatility. Moreover, the situation could offer short-term opportunities if some producers can continue operating while others are shut down.

The question of the long-term effects on the global softwood log and lumber industries was also a key topic of discussion at the conference. It is possible white-collar workers will continue to work from home after the pandemic is over, as they are realizing they do not need to live in or close to (expensive) city centres; there could be a trend to building larger, primarily single-family homes in more affordable neighbourhoods. This trend (if it were to occur) could strengthen lumber demand given that single-family homes consume three times more lumber than their multifamily counterparts.

This article is extracted from the June 2020 issue of WOOD MARKETS Monthly International Report; further summaries can be found at getfea.com/publication/wood-markets-monthly.

Russ Taylor is the managing director of FEA-Canada based in Vancouver. International WOOD Markets Group was purchased by Forest Economic Advisors LLC in August 2017 and now operates as FEA-Canada.