Oct. 21, 2013 - Forestry has long been considered a dangerous industry with a high serious injury and fatality rate.  That situation has been changing significantly in British Columbia since 2005.  The key has been changing the “culture” in the forest industry.

Culture can be defined as the practices (what you see happening), the values and the beliefs in a certain group, in this case, forestry. Historically, risky practices that resulted in serious injuries and fatalities were accepted since people in the industry believed that safety was a cost, that it was a risky business and that people were going to get hurt.

In 2004, a task force of industry, the United Steelworkers union and government personnel investigated the high level of fatalities, particularly in the harvesting sector. They compiled a comprehensive report titled Final Report of The Safety Task Force. The key recommendation was “change the culture,” in this case from one of acceptance of serious injuries and fatalities to one where they were considered to be the result of poor practices.

Ivan Pupulidy of the U.S. Forest Service gave a presentation at the Vancouver Island Safety Conference for the forest industry in October 2012. Pupulidy offered a simple but powerful analogy of culture that gives good insight into the challenge. He equated culture to a buoy floating moored on the water. The buoy is the visible part he calls the practices, the chain to the bottom represents the values of the organization, and the anchor on the bottom symbolizes the beliefs. Often people try to change the culture by pushing on the practices, perhaps through regulatory change. This is similar to moving the location of the buoy by pushing it over to another location. However, as soon as the pressure eases off, the buoy returns to its original location. To effect a permanent change, you have to actually move the anchor over by changing the belief and values of the organization. The new practices then follow.

To make the difference in woods fatality rates in B.C. forests, people were challenged to reconsider their beliefs. If being the best logger is the goal, then producing logs effectively to the roadside is the objective. If logs to the roadside are the objective, then why would we think we were good if we produced an undesired, off-spec product of an injured person or a fatality? Wouldn’t the fact that we produced something undesired be an indication there is something wrong either with the design of the operating system, the knowledge and skill (from training), the tools used, or the ongoing leadership support for doing things right? Aren’t injuries and fatalities really a sign that we are not as good an operator as we could be? Shouldn’t an incident investigation focus on how to improve the operation’s design, knowledge, skills and tools, and leadership role?

Going down this line of thinking, the industry defined what a basic safety management system should look like and required contractors to be certified to the minimal level, increasing knowledge and awareness of risk management. Information was shared that illustrated achieving low injury rates is tied into being well prepared to do business and that the same things that cause injuries also lead to higher maintenance costs and off grade products. In woods, operators began to observe that their people were more skilled, their operations were better prepared, the production ran more smoothly, maintenance costs decreased, and more people went home injury-free. Once an operator sees these effects, their beliefs change, operating “safely” actually lowers cost, and their values and practices permanently change.

Not all operators have fully gone through this transition of beliefs, values and practices to date in British Columbia, but many have. The results are showing. In the seven years leading up to and including 2005, there were an average of 22 in woods fatalities per year, or about three fatalities per 10 million cubic metres harvested. During the period from 2009 to 2011 inclusive, the industry averaged six fatalities per year. The industry rate had never been under 10 fatalities per year, now there were three years in a row with less than 10 fatalities. Taking into account that harvest volumes changed, the fatality rate had been reduced to one fatality per 10 million cubic metres harvested.

The task is not finished, but in culture change an important factor is critical mass, when enough people have changed their belief to the point that the whole group will not go back. The B.C. forest industry is at that point, meaning the main recommendation of the task force is becoming reality.

Employed in forestry since 1978, Reynold has advanced through the ranks of the industry from being a harvesting area
manager at Procter and Gamble to roles as vice president of Canadian Lumber and later as vice president Canadian Forestlands for Weyerhaeuser.

Recently, Reynold led Western Forest Products (WFP) as president and CEO for four years ending in late 2008. In that time, he oversaw a significant improvement in its safety record. 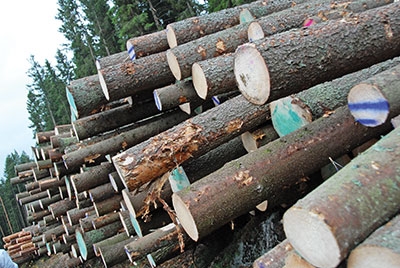 Forestry has long been considered a dangerous industry with a high serious injury and fatality rate.
Print this page