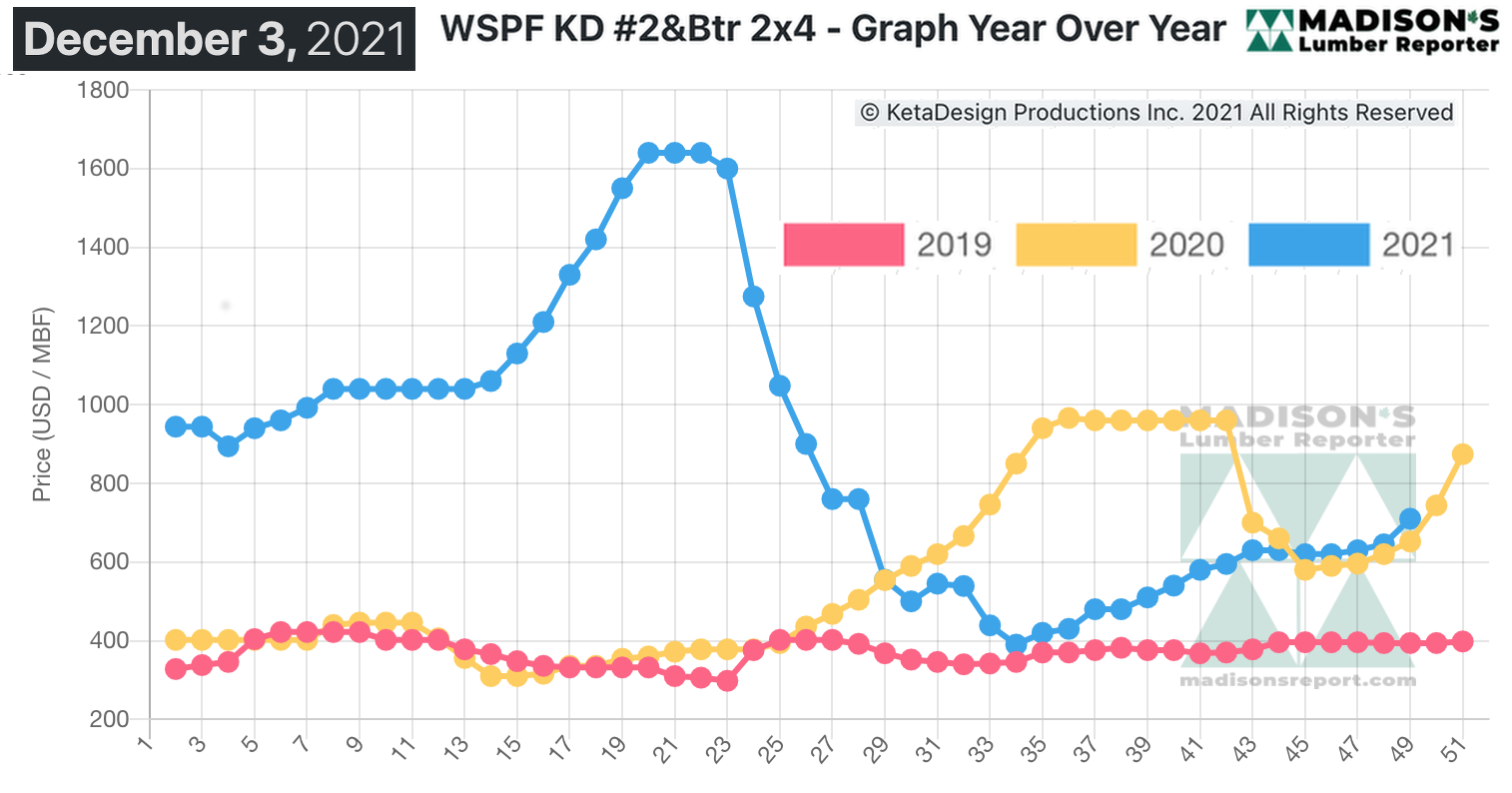 The extent of damage to transportation infrastructure and supply chain in southern British Columbia following the massive flooding in November is now known. After closing down two times the Port of Vancouver is now fully re-open, as both railways are running again. The Canadian Pacific and Canadian National railways are sharing the one repaired rail line from Kamloops to Vancouver, so wood from the important fibre basket of the B.C. Interior is once again moving. However, enormous backlogs are built up, both at sawmills and at the Port of Vancouver (the third largest by volume in North America).

Since lumber customers were keeping very lean inventories in the hopes that prices would go down toward the end of the year, which was historically the usual seasonal trend, the supply-demand balance is firmly in favour of producers and prices are rising steadily. It is quite interesting that the current trend line is almost exactly matching the same time last year.

Prices advanced on nearly every commodity while supply chains and transportation networks languished.

“Price volatility was the watchword, with most buyers abandoning any sense of caution as they frantically tried to find coverage.” — Madison’s Lumber Reporter 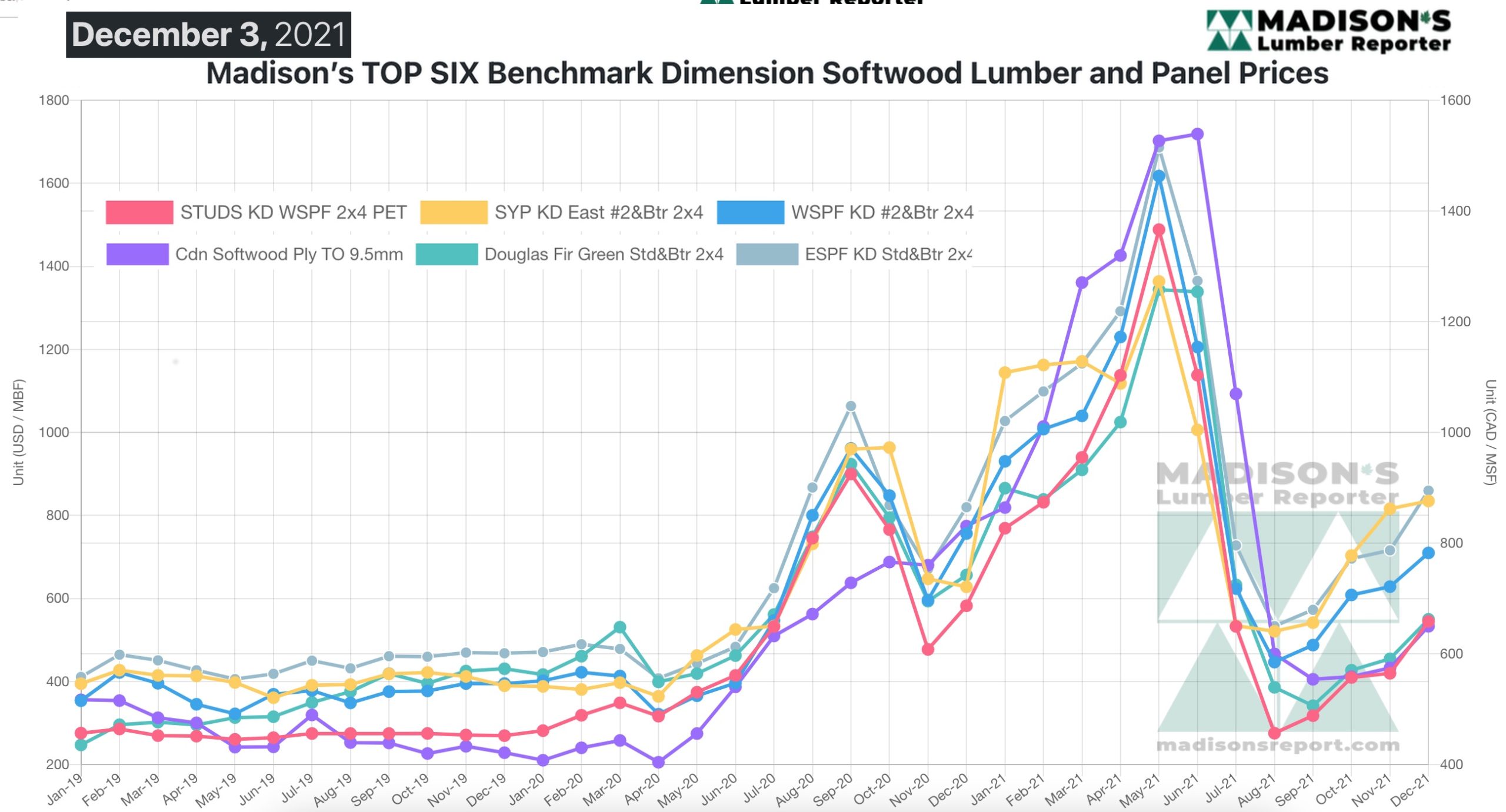 Peppy demand persisted this week for Western S-P-F lumber and studs in the United States. Sawmill lists were thin to begin the week and offerings only got slimmer as Friday approached.

Western S-P-F producers in Canada reported potent demand this week. Several developments convinced players that the strong market will persist into 2022, including limited supply, light field inventories, severe transportation disruptions, positive lumber futures, and the trade dispute between Canada and the U.S. As buyers scurried about in effort to cover their needs, producers pushed their order files into the last week of December on most items and jacked asking prices up.

“WSPF studs experienced unyielding demand this week as buyers were either desperately scrabbling to find coverage or paralyzed by the sudden surge in prices – shortly after which they joined the former camp. Stud sawmills boosted their prices.” — Madison’s Lumber Reporter