Jan. 23, 2018 - The travelling saw salesman; could there be a more hallowed tradition in the world of saw filing? 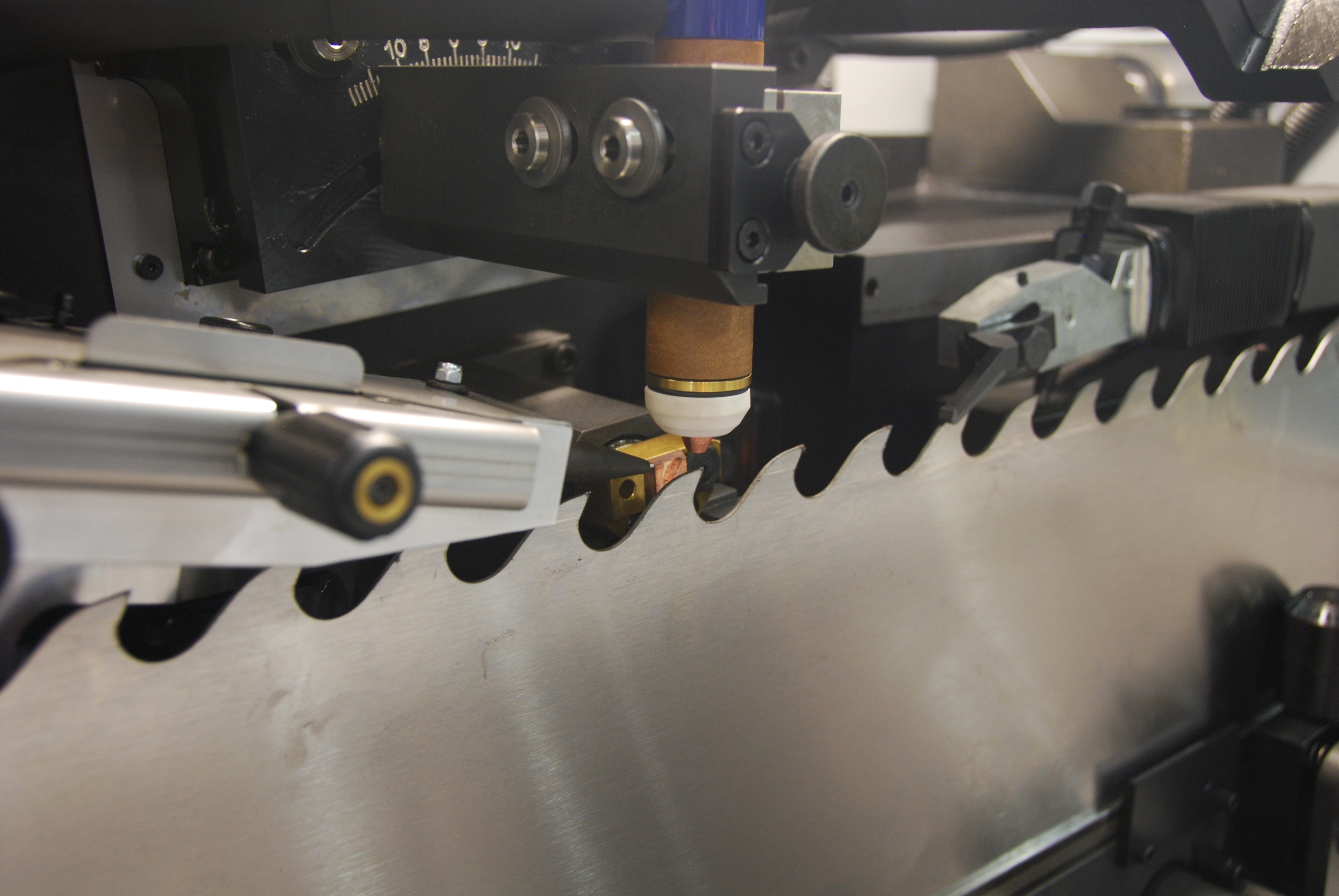 For as long as filers have been hammering saws, the manufacturers have sent smiling representatives out into the wild seeking the fertile ground of working filing rooms to sew their seeds of promise: saws, tools and machinery that will make their mills faster, stronger and cheaper to run. Sometimes the results ran short of the promise, but it doesn’t matter because progress is in the trying of new things and the salesmen always have something new to try.

The weather doesn’t matter and the distance between mills is a minor inconvenience at best. The sales rep is always there with a box of doughnuts and a bag of brochures on the latest and greatest development. But the true gift of the road salesman is the virus-like way they spread the testimonials from other sawfilers using new technologies, modifying tools and machinery, and running saws in ways nobody else has thought of. Many of the safety rules we have in place today are a result of sawfilers being aware when an accident happened in another mill, what caused it, and how it was addressed. Salesmen are, to a large degree, responsible for that.

In today’s world of social media, online catalogues and email, it is easy to forget just how hard it was for information to pass from one filing room to another; the salesmen filled that gap. Without their efforts there would be no consistency in the industry. One mill would be running 700 pounds of bandsaw strain while 300 miles away another was running 21,000. Thin-kerf and critical speeds would be phantoms whispered about at sawfilers conventions and nobody would really know what was a good invention and what was snake oil. Eventually it would all catch up through filer migration and social interactions, but technology would never have progressed at the rate it has without the small army of manufacturer representatives constantly circulating from mill to mill.

Recent developments in the Canadian manufacturing landscape have seen the four largest saw companies join forces to become one and suddenly competition for market share is less important than it used to be. There is a real fear amongst sawfilers that perhaps the era of one-on-one interaction with a direct representative from the supplier could come to an end. Sometimes it’s helpful to run an idea by somebody who has the background to understand what you are getting at and whether it can be done from a manufacturing standpoint. Sometimes you need somebody to tell you that you are out of your mind and why. Sometimes you just want a free doughnut and some gossip about the industry. We know what a sad day for saw filing it would be if the travelling saw salesman became yet another relic of our past.

Thankfully for us, the new management team for the big four is committed to continuing to send their representatives out into the mills and understands their special role in the saw filing trade. Even though most of the saws in Canada will be coming from one source, the smaller manufacturers are still out there making good products at competitive prices albeit on a lesser scale. The opportunity for a small company to become a large company is never more than a group of dissatisfied consumers away and the large players cannot afford to rest on their laurels and ignore the needs and concerns of their customers. The best way for them to keep informed is and has always been through the ears of their salesmen on the road. Yes, there will be fewer of them and their range will be more restrictive than in the past, but given the alternative I think that’s a good deal for us.

The best way for us to keep our salesmen is to use them. They spend most of their days talking about saws, reading about saws, and working with the people who build the saws. For the most part they are not sawfilers and they can’t bench a saw to save their lives, but they do know what has worked in the past, what people are trying and what new products are on the horizon. They have the ability to design saws for you and to suggest modifications you may not have considered. Innovations in blades and saw-consumables are happening all the time so there is always something new to try and so little by little, our trade moves forward, thanks in part to the often under-appreciated travelling saw salesman.