The dual Canada/U.S. long weekend in mid-February did nothing to slow demand for lumber, with prices rising accordingly. To the amazement of all, the price of benchmark lumber commodity Western Spruce-Pine-Fir KD 2×4 #2&Btr surpassed the all-time high of US$966 mfbm in August 2020. For the week of Feb. 12, 2021 that price was an amazing US$992 mfbm. Questions abound as to whether this level can be sustained, will the price go up, or when will the price go down. No one knows. The latest U.S. housing starts data shows a solid increase in single-family building permits, signalling another very hot construction season come spring.

As February progressed North American sawmills worked hard to keep production levels high. Despite that, order files in the U.S. stretched into later-March while those in Canada were solidly into the week of March 8. Thus the expectation is that lumber prices will not decrease in the immediate future. 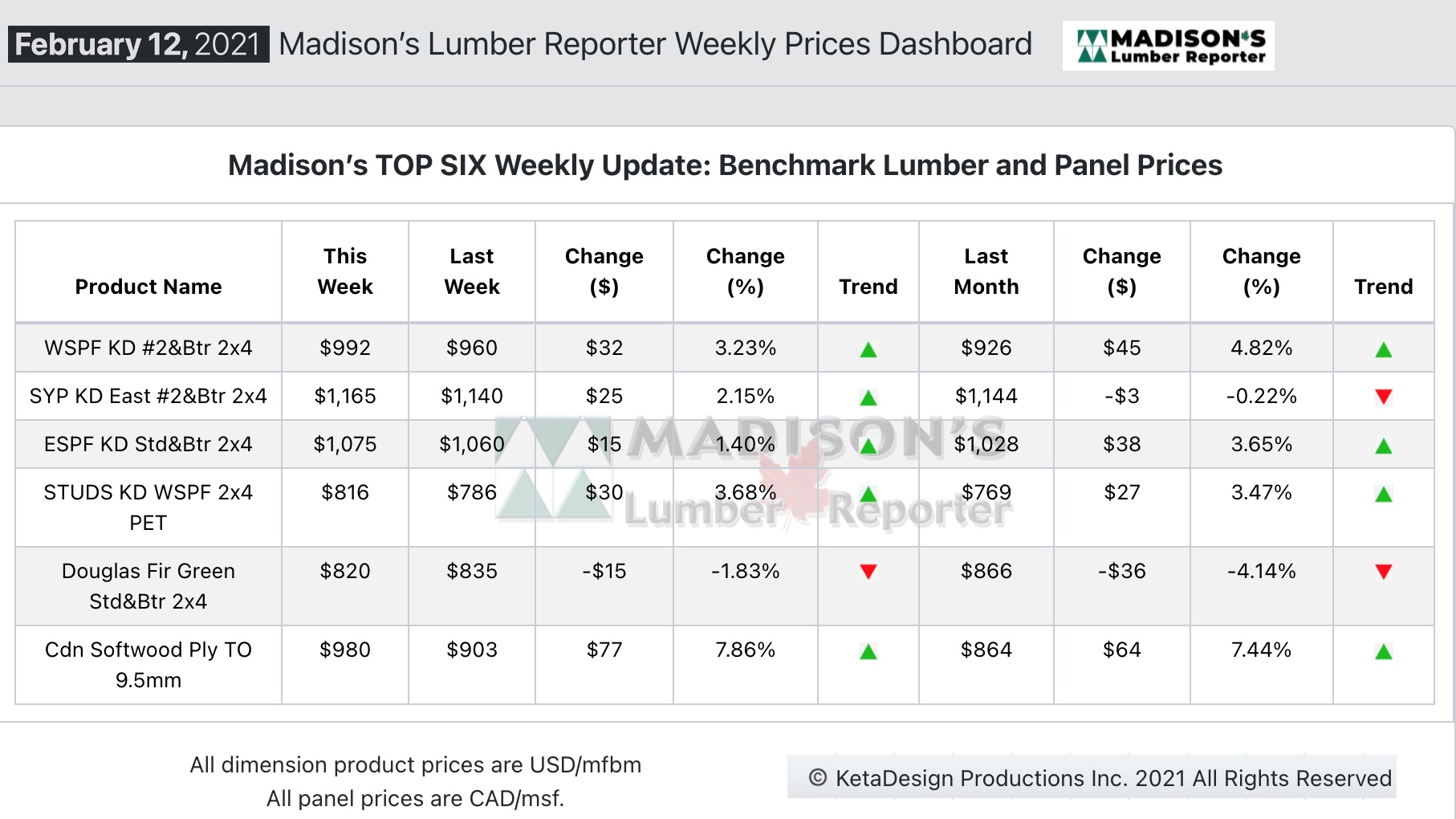 Field inventories of Western S-P-F lumber in the United States were as low as ever. High prices and tight supply have continually put the kibosh on speculative buying. Sawmill order files at some producers were late-February while others were apparently into mid- or late-March. Low grade was in particularly high demand as many buyers looked for cheaper options of any kind.

Sales volumes of Western S-P-F commodities strengthened late in the week and Canadian mills boosted their asking prices across the board on dimension. Sawmill order files were solidly into the week of March 8. 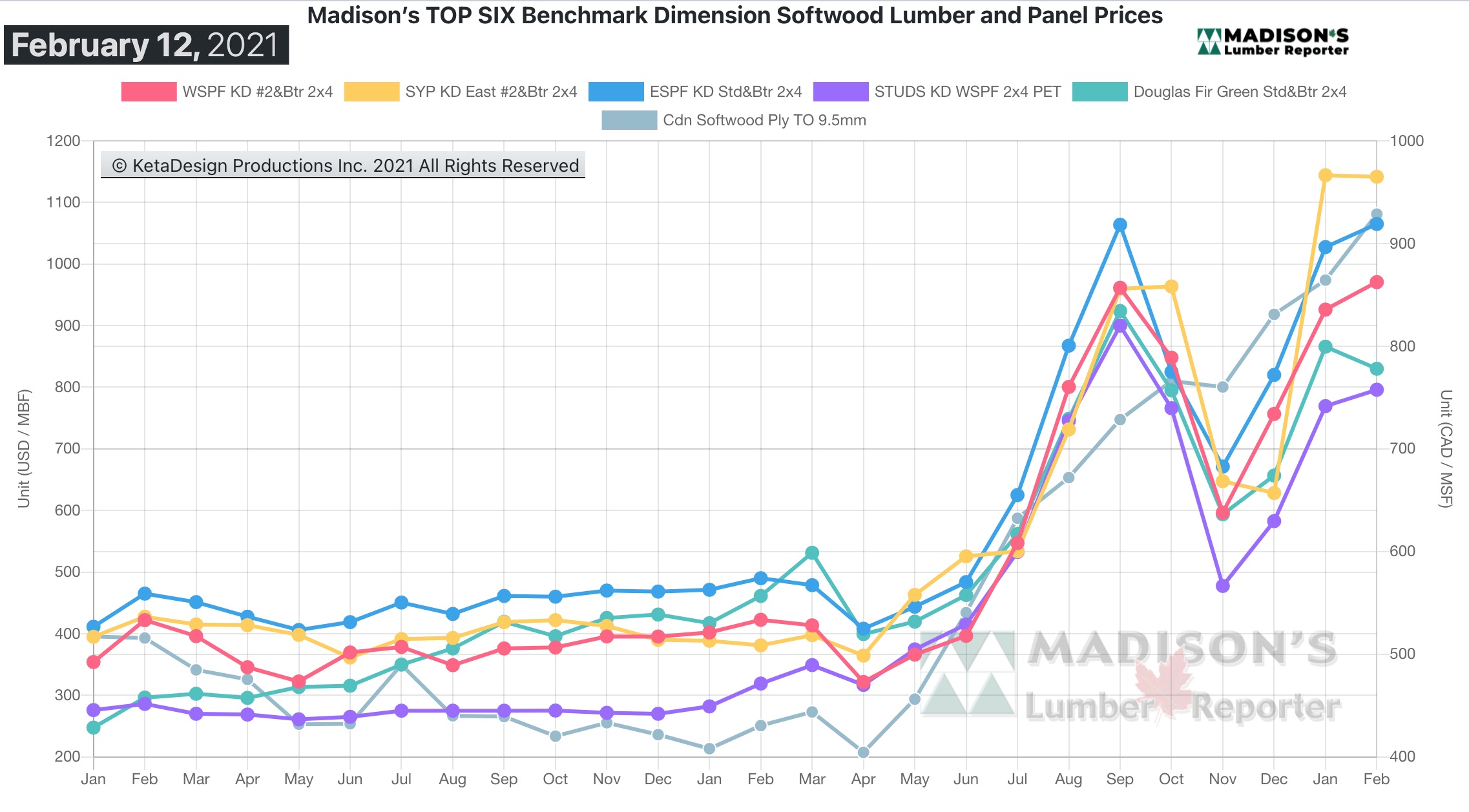 “On the part of buyers, the week for Eastern S-P-F lumber commodities began with hesitation. Customers hoped that sustained snowfall might dampen activity and lead to a correction. With palpably limited supply and sawmill order files through the end of the month however, customers were forced back to the table to shore up their depleted positions. The search was on for quicker shipping wood but even reloads were largely cleaned out of available material.” — Madison’s Lumber Reporter 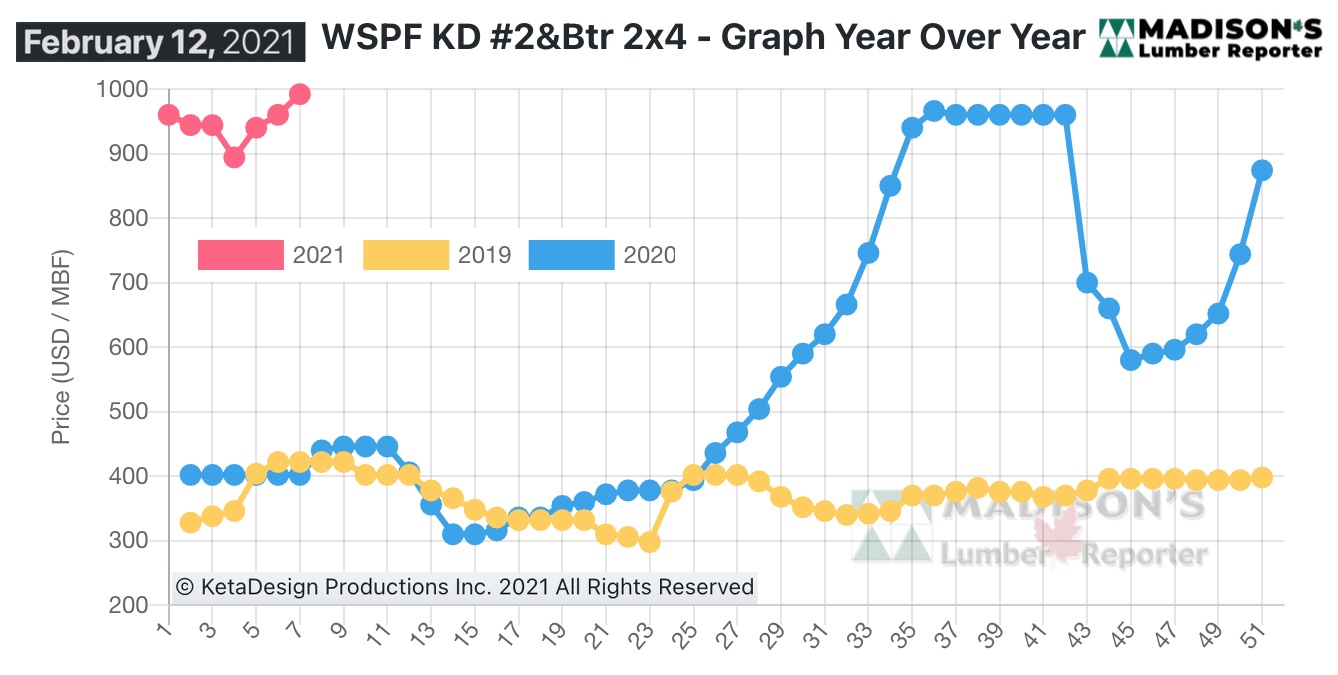