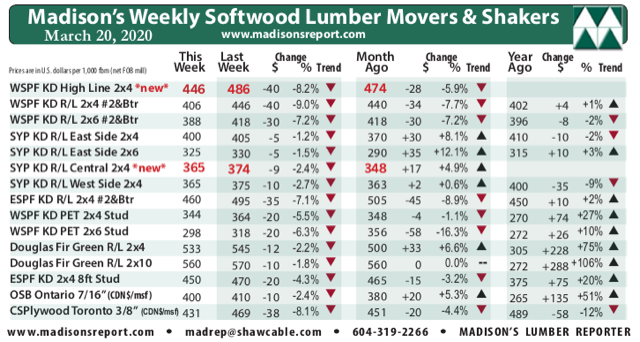 There were more questions than answers this week as U.S. and Canadian softwood lumber demand remained high, but stocking wholesalers and resellers struggled with issues around the need to quarantine and keep social distance for their staff.

Sawmills and lumber producers were often occupied with customers who were trying to cancel, or even get refunds on orders already made. The Canadian federal government as well as most U.S. states deemed lumber and other construction material as “essential” — meaning these operations and stores were not required to close — even as the Canadian/U.S. border was closed to public travel.

Meanwhile, the delivery of goods and trade material was also not subject to a restriction. Some operators had difficulty sourcing trucks or rail cars, while others reported smooth and speedy delivery by truck, as U.S. and Canadian highways were empty of traffic and the border was open only to returning citizens and business supply chain. Scattered reports of logistical headaches began to surface, including sharply increasing freight costs and stranded or undelivered loads.

While most of last week was characterized by falling prices and sluggish business, Western Spruce-Pine-Fir trading apparently saw some decent fits and starts of demand among the malaise. One large producer described Tuesday, March 17, as their biggest sales day in weeks, though they weren’t happy with prices. Two- or three-week order files at sawmills were common and while most bread and butter items fell between $10 and $40 per mfbm. Interestingly, demand for low grade lumber was a bright spot with 2×6 #3/Utility and #4/Economy flat in pricing. A few pockets of consumption and building activity continued in the U.S., keeping some lumber yards busy this week.

Late-arriving rail cars prevailed again, especially in Northern British Columbia. Transportation wasn’t actually as bad as some expected: due to the torpid economy transit volumes have decreased, and the majority of truck and rail operators already work in comparative isolation.

Due to a persistent lack of supply, prices of Kiln-Dried Douglas-Fir lumber and studs hung in there better than the the WSPF market this week. However, signs of reduced production, sales activity, and consumption reigned. – Madison’s Lumber Reporter

Since autumn 2019, Madison’s embarked on the exciting task of adding a wide range of new North American softwood lumber and panel price coverage to our regular list of commodities. By January 2020 we were satisfied with the credibility and accuracy of the new price gathering. Shortly, within a few weeks, these new prices will be available along with all the prices currently accessed by Madison’s subscribers. 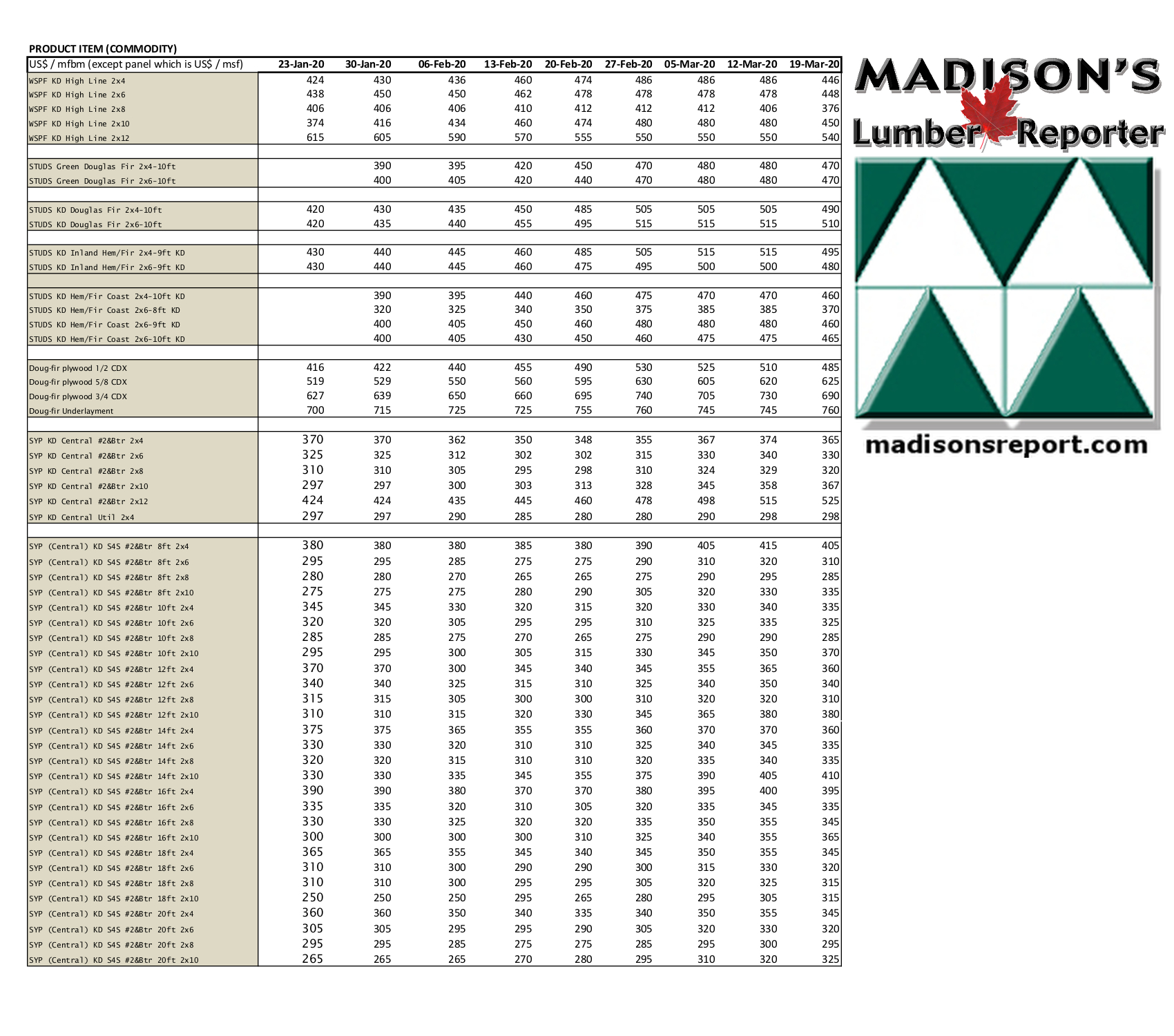