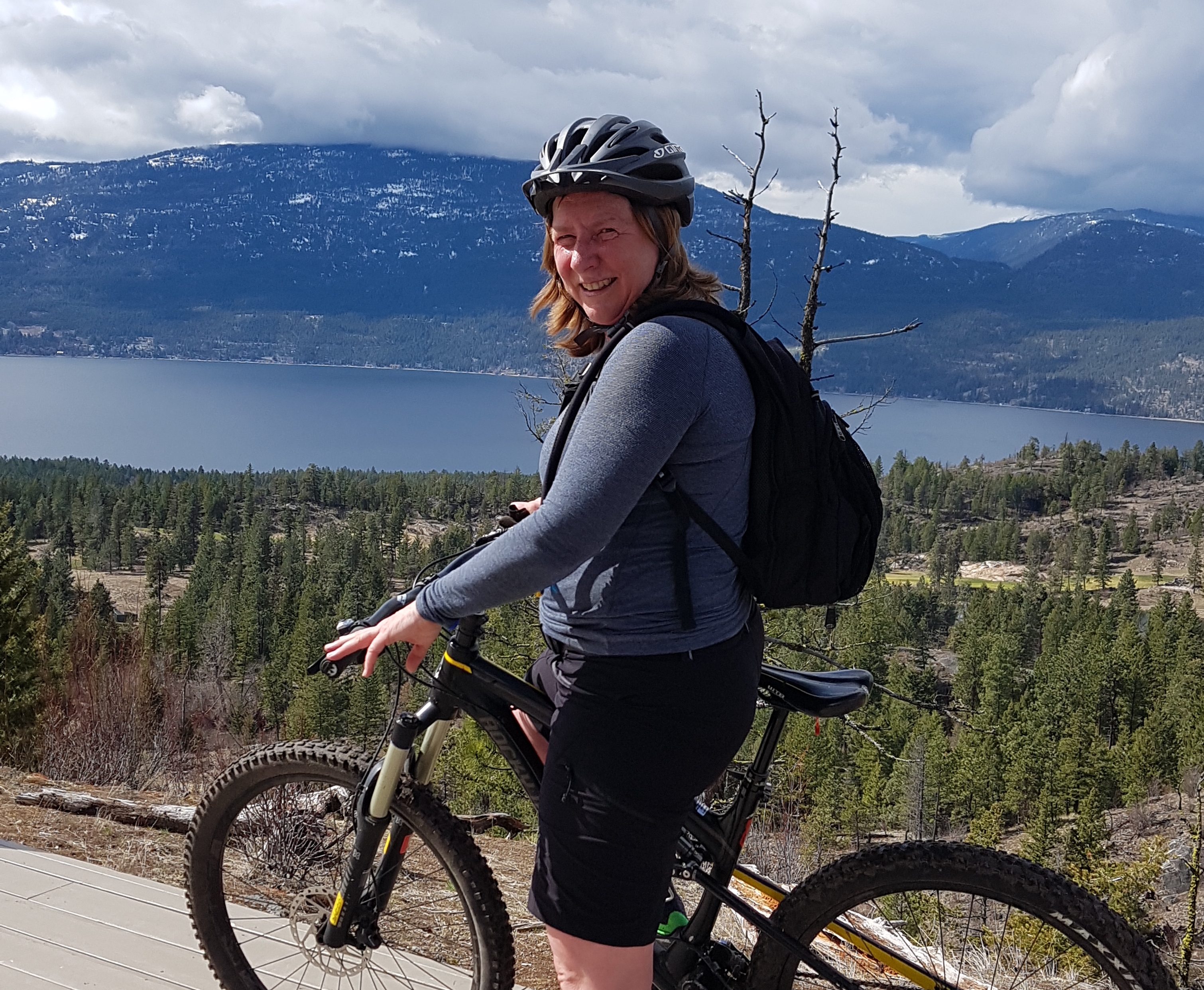 Michelle Mercer is Tolko’s new HR advisor of diversity and inclusion in Vernon, B.C. After 21 years with Tolko, first as a temp, then 15 years in the woodlands department and seven as an executive assistant, Michelle recently took on a brand-new position that aims to increase diversity and inclusion at Tolko. She hopes to eventually eliminate the need for her job.

CFI: When did your career begin in the forest sector?

As soon as we moved, I got pregnant again and I found myself working in retail because I wasn’t getting anywhere while pregnant. After having my second child, I applied at Tolko. They offered me what is called a spareboard opportunity, basically somebody on call for different short positions. I started with a three-week assignment in the mailroom at the corporate office.

After a variety of short-term assignments, I was hired on in the woodlands department as the woodlands assistant. I stayed in the role for 15 years before I moved to the corporate office as an executive assistant to Tanya Wick (vice-president of people and services). Recently, I moved into a new role, the HR advisor of diversity and inclusion. It’s a new position at Tolko and a testament to the commitment they are making to diversity and inclusion. It’s really exciting.

CFI: Did you face any hurdles in your career path leading up to this point?

It’s interesting because I think hurdles do exist in our industry and in our company, but I have been absolutely blessed with having great managers at Tolko. When I was working in woodlands, my manager never limited me by my job title. My title was woodlands assistant, but I was asked to be involved in the implementation of our environmental management system to support environmental certification and other challenging projects.

I remember one day he said, ‘What do you want to do next, Michelle? Do you want to be a logging supervisor?’ And I remember thinking, who me? So, if anything, I think any barriers were probably my own. The whole business of going into logging was nothing I had ever considered. So I didn’t, but that’s when he put me in charge of the environmental management system because he knew I needed to keep using my brain and expanding my knowledge. I always appreciated the fact that he asked me that question. He never saw me as only doing certain jobs because of my gender.

Then I moved to the Vernon office in 2012 to work for Tanya. Tanya is awesome and she recognized pretty quickly that I have a thirst for knowledge and a need to be busy and challenged. She just fed my brain and gave me all kinds of tasks that technically may have been outside of what an EA might normally do.

So my personal experience at Tolko was that I never felt limited, that I never had barriers, but I recognize that with some women in our company and other underrepresented groups like youth and Indigenous, we have work to do.

CFI: How have things changed over the years?

Recently diversity has become a big, big focus and I have to give credit to Tolko for creating a new position to carry that forward with the company and being a leader in the industry.

Tolko has three diversity strategies: women, Indigenous and youth, but ideally we want to get to a point where we don’t actually need any strategies because diversity and inclusion is just part of who we are, it’s part of our culture and it’s not something we have to think about. But obviously we still have to get there and what gets measured gets changed. So by focusing on these areas we will start moving the bar.

We start with unconscious bias training, which helps all of our strategies. That’s the first step towards making shifts in the way people communicate, do performance reviews, have development discussions and many other things.

We have also been working on development opportunities, so designing specific training opportunities such as generational training or training for women in leadership. We’re currently developing a diversity module for our supervisor development training program

We also have been doing lots of work in the schools and training with Indigenous groups so a lot of great things happening across the company.

I really think the key is just to get the conversation started, and that’s what happened with our strategies. It’s brought those conversations to the forefront.

People are having discussions now, challenging themselves and challenging each other, and looking at things differently.

They’re not offended by the question: did you think about it this way or that way? It’s become such a natural conversation in our company.

CFI: What advice can you share with women considering a career in our industry?

I would say: what are you waiting for? Honestly it’s such a fascinating industry. I’ve been here 21 years and I haven’t stopped learning.

I think the whole industry, not just Tolko, is starting to really focus on promoting and attracting a more diverse workplace, now is the time to jump in and join the forestry industry.