April 13, 2017 - Since acquiring all of Anthony-EACOM from Canfor in March 2017, EACOM’s newest addition is now operating as EACOM Sault Ste. Marie.

The engineered wood mill is a new type for EACOM, which could come in handy with the U.S. softwood lumber duties looming.

Leduc says EACOM feels confident in its product base. She says it has been EACOM’s objective to maintain a  strong balance sheet and competitive position. “And we’ve done that by investing in the competitiveness of our mills,” she adds.

“The acquisition of EACOM Sault Ste. Marie can add to our resilience. Especially in light of softwood lumber, because engineered wood products are excluded from the dispute. So this will help strengthen our position.”

Leduc says the company is aware of upcoming challenges the lumber dispute may yet bring, but adds that EACOM is preparing by continuing to develop a team philosophy that working together drives improvement.

Before the acquisition, Anthony-EACOM was operating as a 50/50 joint venture between EACOM and Canfor. The latter had purchased Anthony Forest Products (AFP) in September 2015. AFP is the company that originally owned half of Anthony-EACOM before Canfor entered the picture. After Canfor became EACOM’s partner, EACOM bought the Canfor shares and became the sole owner.

“The addition of EACOM Sault Ste. Marie is really interesting for us from a point of view of diversifying our asset base and our product offering because it does make an engineered wood product I-joist, which we are really pleased to add to our product offering,” Leduc says.

I-joist is an engineered wood product that can be used as an alternative to dimension lumber joists for flooring and roofing applications.

“We’re very proud of this acquisition and we’re going to continue to focus on performance no matter what happens,” Leduc says. 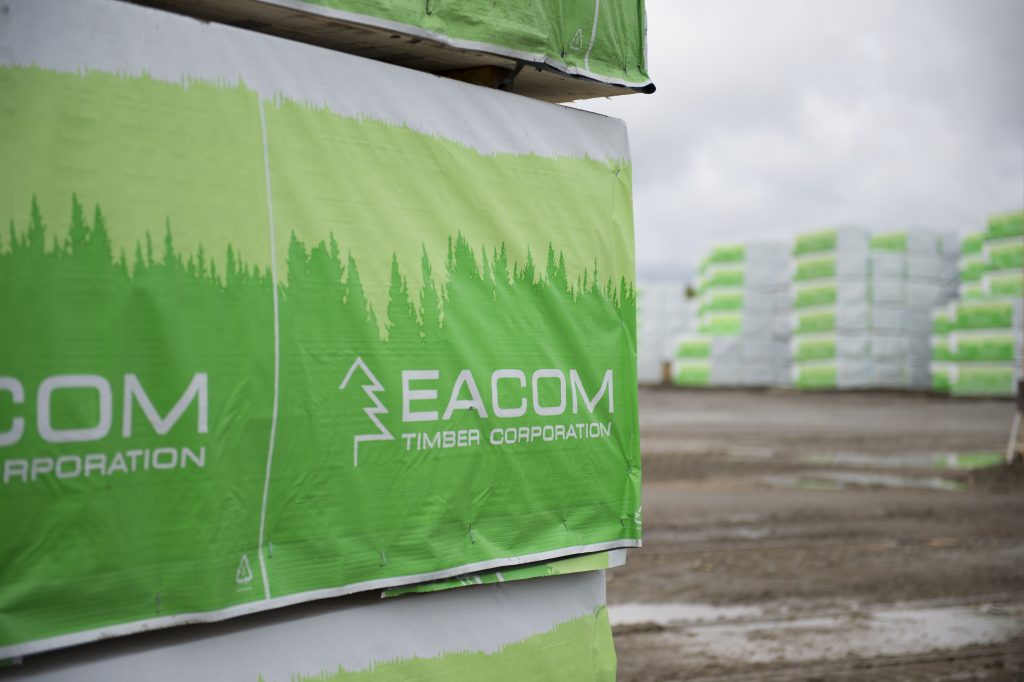