May 7, 2014 - Following on the footsteps of a successful planer upgrade at Foothills Forest Products, C&C Forest Products of Quesnel B.C. has invested in the planer mill at another one of its sawmills. Edgewood Forest Products, in Carrot River, Sask. has installed a new VAB in line auto grader along with a rotary lug loader and a positioning fence in front of the trim saws. The upgrade was was managed by Wolftek Industries out of Prince George, B.C.

Previously owned by Weyerhauser, C&C bought the mill and reopened it after it had been shuttered for five years. It has been running under current ownership since January 2012 and mill manager, Byron Warner, says there are a number of improvements they're looking at investing in throughout the mill.

"We wanted to be able to run faster and all of this is increasing our productivity," Warner explains. He estimates that since the planer upgrade was installed, throughput is up 20 per cent and the mill's 2 and better is up five per cent.

It's still early in the project but Warner is happy with the early results. "It's all pluses. It's going really well," he says.

A full-length article on Edgewood Forest Products and their planer mill upgrade will be in an upcoming issue of Canadian Forest Industries. 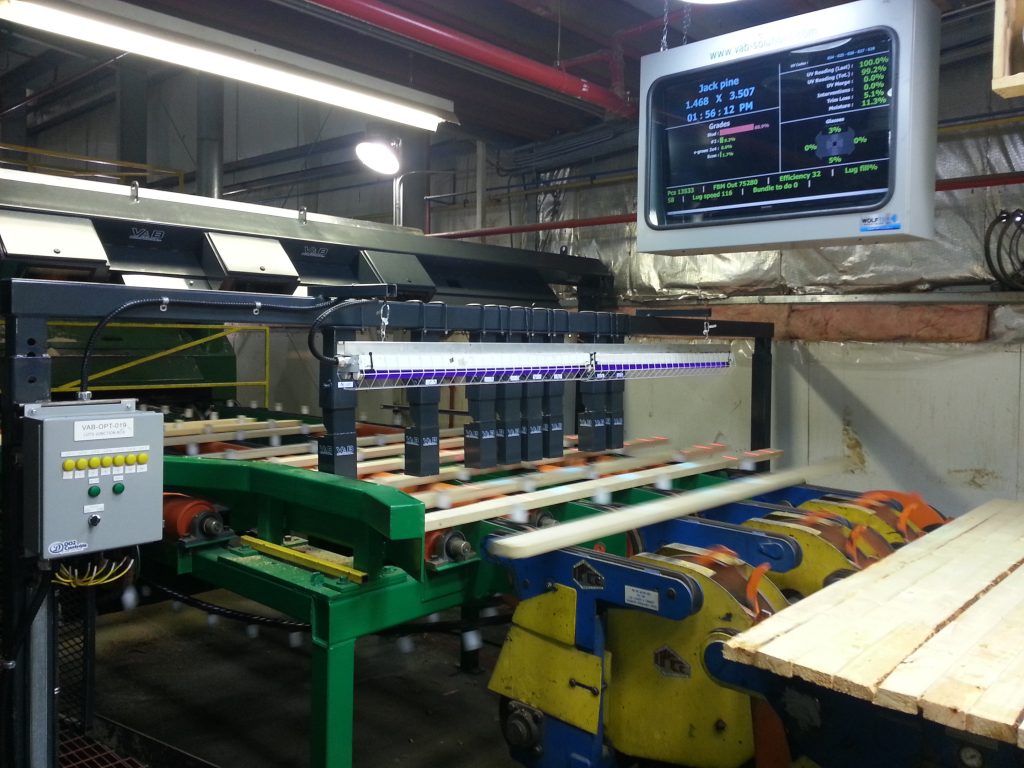