Features Sawmilling
Editorial: Are Canadian sawmills in for a robotic revolution? 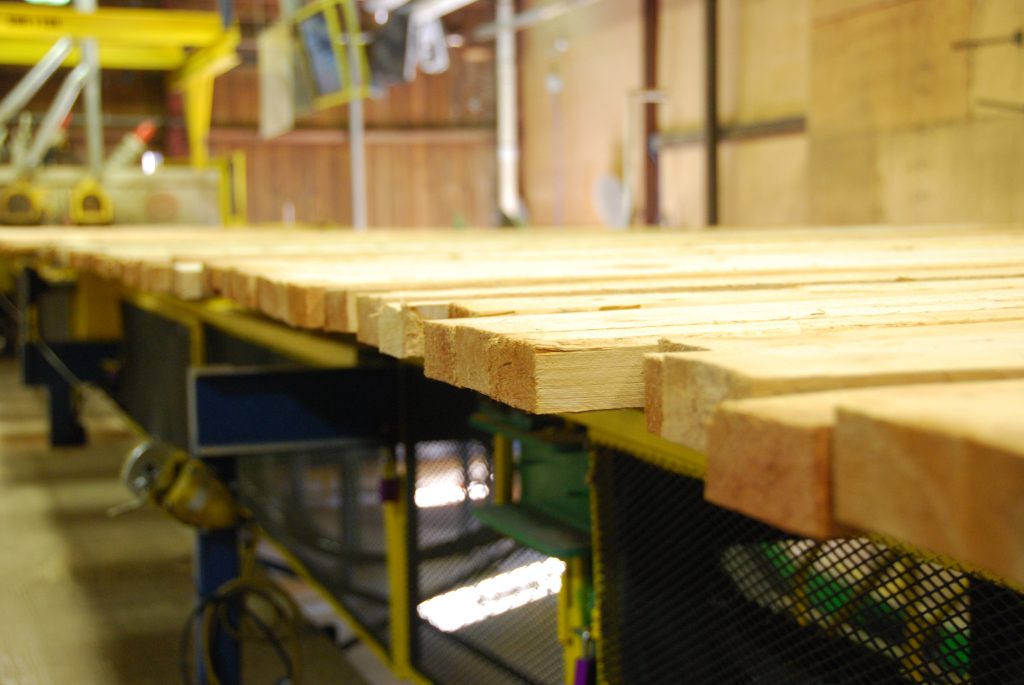 Even the word brings a dozen preconceptions to mind. From scenes of an auto assembly plant to the latest Hollywood take on an AI apocalypse, there’s a lot to digest there.

Robots in sawmills? Not that long ago it was unusual at best. Now, as I’ve been learning of late, there were a few pretty good reasons for that.

But today, I’m excited to share with you our latest cover story is a close look at the Maritime forestry heavyweight J.D. Irving’s (JDI) robot journey that has led them to recently install two articulating robots on their hardwood mill’s tie line.

Jody Gallant, business improvement manager with JDI’s hardwood and pine division, was the man with a plan for the company’s implementation of robots over the past few years. He shared with me a few reasons, as he sees it, why mills have been slow to adopt robots.

One: robots are expensive, right? Yes and no. The past few years have seen robot prices drop considerably as more companies enter the sphere. However, the lumber handling configuration needed to make a robot function can be costly, as JDI has learned.

Two: language. Robots have historically been programmed with a language that requires specialized training and therefore a specialist to operate. JDI’s robot provider was able to supply bots programmed using the same language used in the sawmill’s PLCs. This was a game-changer for them.

A third reason is, ironically, about people. Most forestry companies, both large and small, pride themselves on their relationship with the communities in which they operate. These are forestry communities, and most people there have relatives in the industry. So, when a sawmill installs automation that replaces jobs, it likely raises eyebrows.

Explaining to staff the reason behind incorporating robots into the mills was a top priority for Gallant from the outset of the projects. “…last thing we want to do is demotivate people,” he told me. When a worker made a joke about a robot replacing her job, Gallant was quick to point out exactly what job it was. Her response was something to the effect of: Oh good, the robot can have that job!

“We know the labour market is changing and we know we have less people applying. So let’s make the hard jobs go away and focus on the value-added jobs and jobs that people enjoy doing, that they get up and are excited to come to work for,” Gallant said.

The industry has long discussed the aging workforce, shrinking pool of skilled trades people and the difficulties retaining general labourers. Robots offer a real solution, but it doesn’t come easily. For JDI, the projects were managed entirely in-house, involving a large team. And each project came with its own lessons learned about the capabilities of the robots, the sawmills and the team.

But what better way to motivate staff and encourage new hires than to take on such an innovative and exciting project?

And, of course, now’s the time to spend wisely in preparation for the eventual downswing of sky-high lumber prices that we all know is coming.

I’ve been hearing whispers of other large forestry companies undergoing similar robot projects. The wood processing industry, it seems, is in for a robotic revolution, and I am excited to see what comes of it.

Speaking of innovation, our OptiSaw event is back this year after a two-year pandemic hiatus and I’m excited to see the great lineup of speakers ready to share their sawmill automation and optimization solutions. Check out the agenda for the June 9 event in Kelowna, B.C., at www.optisaw.com.

And, new this year, we’re bringing this winning event formula to the logging world with OptiLog Forum. Taking place the day before OptiSaw in the same location, OptiLog will bring out a terrific lineup of industry disruptors in the harvesting world. Check it out at www.optilogforum.com.