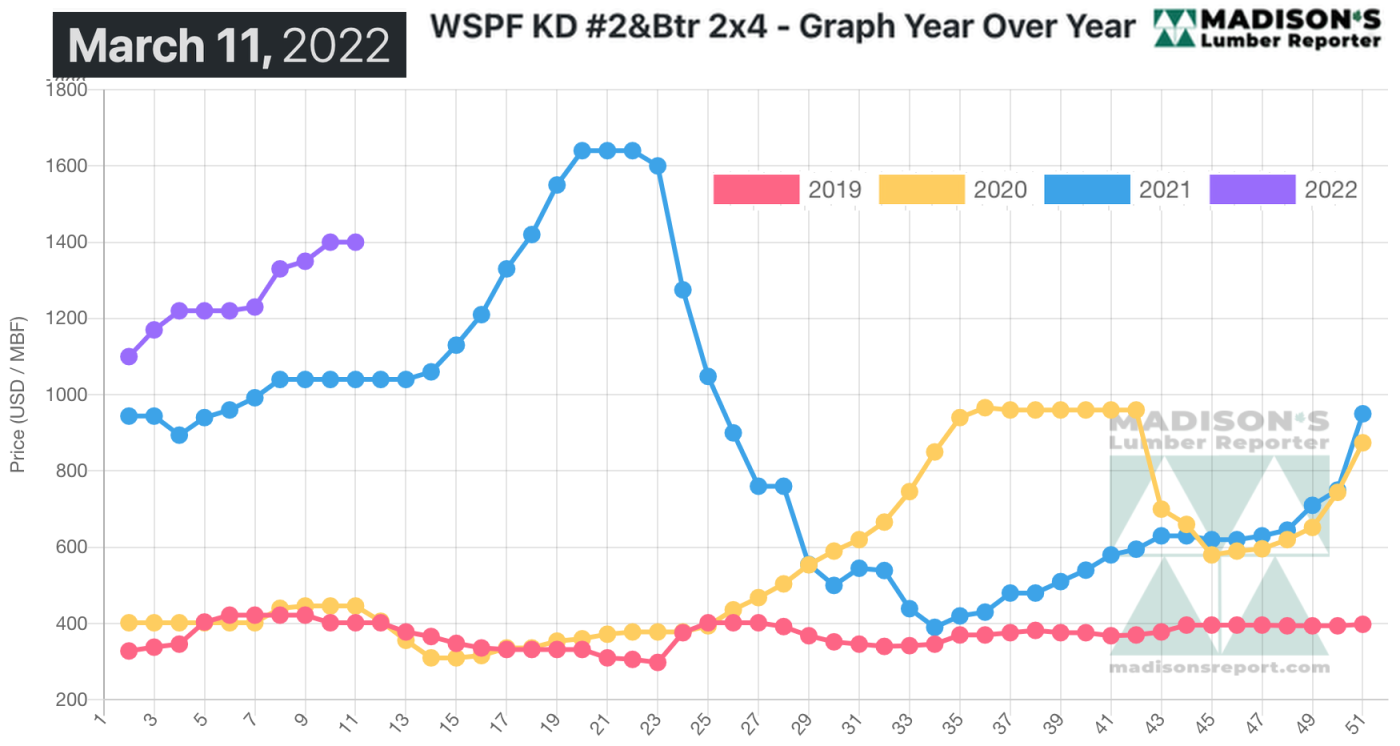 Some crazy weeks on the Futures Board created uncertainty but as March carried on cash (or print) prices flattened out. Industry players hoped a balance of supply and demand has been reached, so price volatility settles down and true volumes of lumber are sold into this spring. The inventory of homes on the market continued extremely tight, as many multiples of buyers showed interest in each single listing. Thus as spring 2022 comes on, construction activity is expected to once again be quite high. The broken highways in British Columbia are being worked on as quickly as possible. Meanwhile, transportation issues throughout North American continued to frustrate lumber customers and sellers alike.

To the relief of many, for the week ending March 11, 2022 the price of benchmark softwood lumber item Western Spruce-Pine-Fir 2×4 #2&Btr KD (RL) was flat compared to the previous week at US$1,400 mfbm, said forest products industry price guide newsletter Madison’s Lumber Reporter. That week’s price is up by +$118, or +9% from one month ago when it was $1,283.

Excruciating shipping challenges continued yet sky-high commodity prices appeared to be topping out. 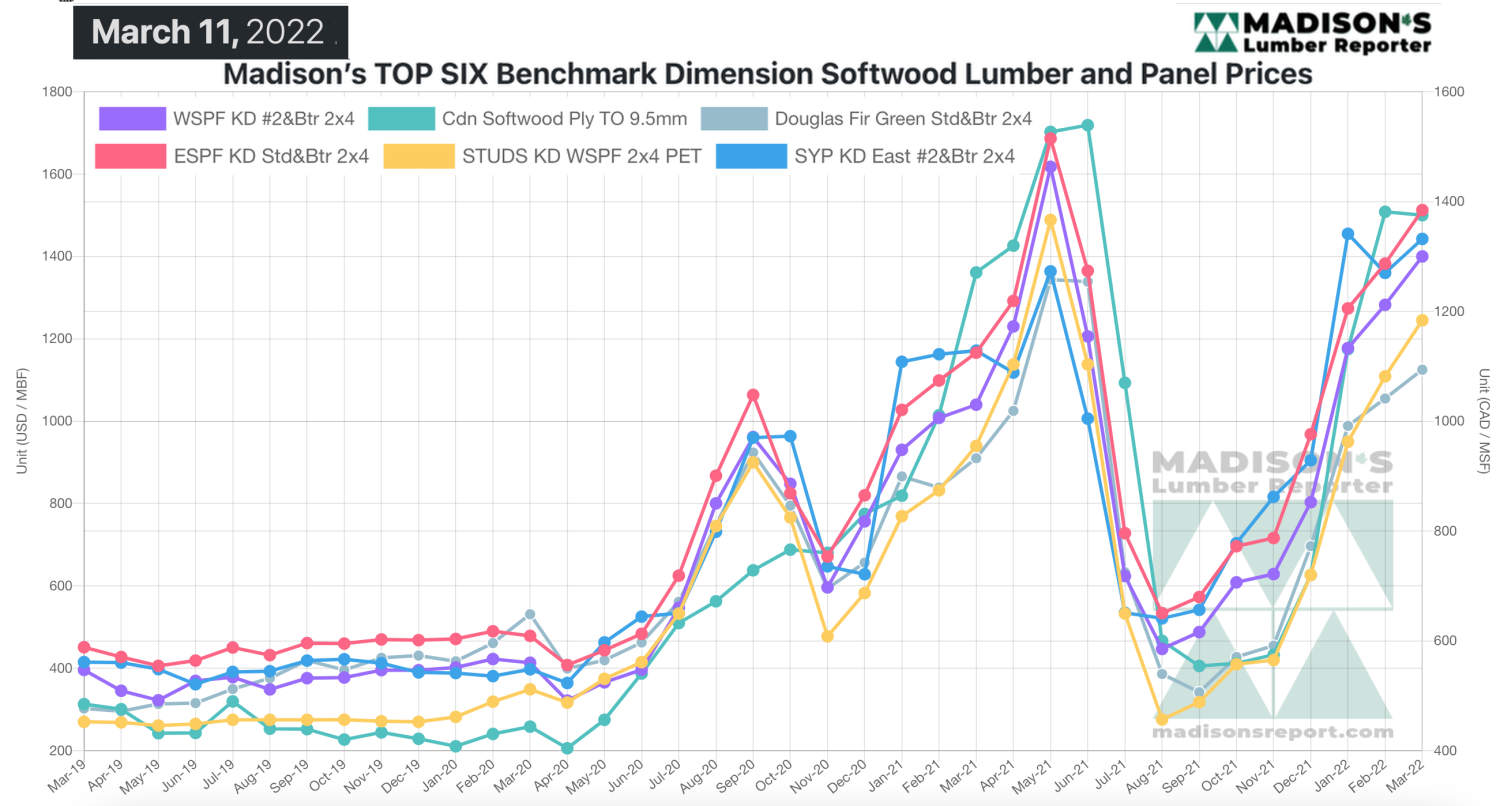 Purveyors of Western S-P-F lumber and studs in the United States remained understandably distracted by myriad exogenous factors. Buyers were extra cautious in response to these developments. Sawmills reported late-March order files and continued to struggle with moving product in anything resembling a timely manner. Meanwhile, downstream jobsites got more active with each passing week, but sorely lacked for manufactured materials of all kinds.

Cooling demand in the Western S-P-F market threw the ongoing transportation nightmare into sharper relief this week. While rail service continued to hobble along and show marginal improvement in terms of availability and delays, trucking was horrendous. Shipments were apparently delayed anywhere between one and five weeks, with both primary and secondary suppliers unable to give definite delivery timelines on new orders. Sawmill order files into late-March or early-April were commonly reported.

“Traders of Eastern S-P-F commodities in Eastern Canada described a marginally quieter week in terms of sales volumes, while overall demand remained robust. Suppliers who could actually move their wares were making a killing at current levels, but finding cars and trucks was a constant battle. The upward momentum in asking prices seemed to be reducing tangibly, with most ESPF items posting low double-digit rises. Studs were among the strongest categories again.” – Madison’s Lumber Reporter