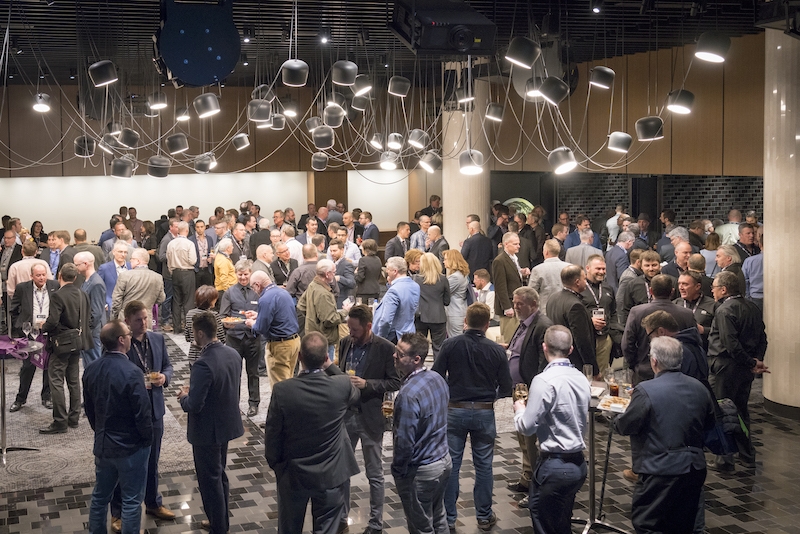 Just like in previous years, the convention is on track to be a successful event, Gustavsson told CFI. This year’s convention will take place from March 19-21 at the Fairmont The Queen Elizabeth in Montreal, and will feature a number of seminars, the trade show and, of course, plenty of time for networking.

When it comes to the seminars, Gustavsson believes that this year’s program is exceptionally good.

“We have exciting speakers. For example, we are looking forward to a CEO panel, which we believe will create very good interaction,” he said. “Two leading U.S. buyers – Universal Forest Products and LBM Advantage – their CEOs will be on the panel with Yves Laflamme from Resolute Forest Products and Ken Shields of Conifex, moderated by Bruce St. John, the president of the Canada Wood Group.”

Meanwhile, exhibitor turnout is already looking promising, Gustavsson shared. Out of 115 booths, more than two-thirds have already been booked.

Additionally, Gustavsson and his team expect around 1,000 participants, similar to 2018. Despite the trade disputes between Canada and the U.S., Gustavsson is confident that Americans will be present at the event, just as in previous years.

“Even though there are political problems, we need to focus on the day-to-day business, and that’s what we do at the Montreal Wood Convention,” he said.

Additionally, this year, there is more interest from overseas: “We are looking to receive a good group of people from both Asia and the Middle East, who are looking not only for Eastern Canadian, but also Western Canadian products, like hemlock, cedar, and Douglas fir,” he explained. “It’s really showing that it’s worthwhile for Canadian companies from East and West to participate in the Montreal Wood Convention.”

Related
What to expect at the Montreal Wood Convention
Government announces over $700,000 for the Quebec Wood Export Bureau
Canada’s Ambassador to the U.S. to speak at 2019 COFI Convention
National Hardwood Lumber Association elects new president