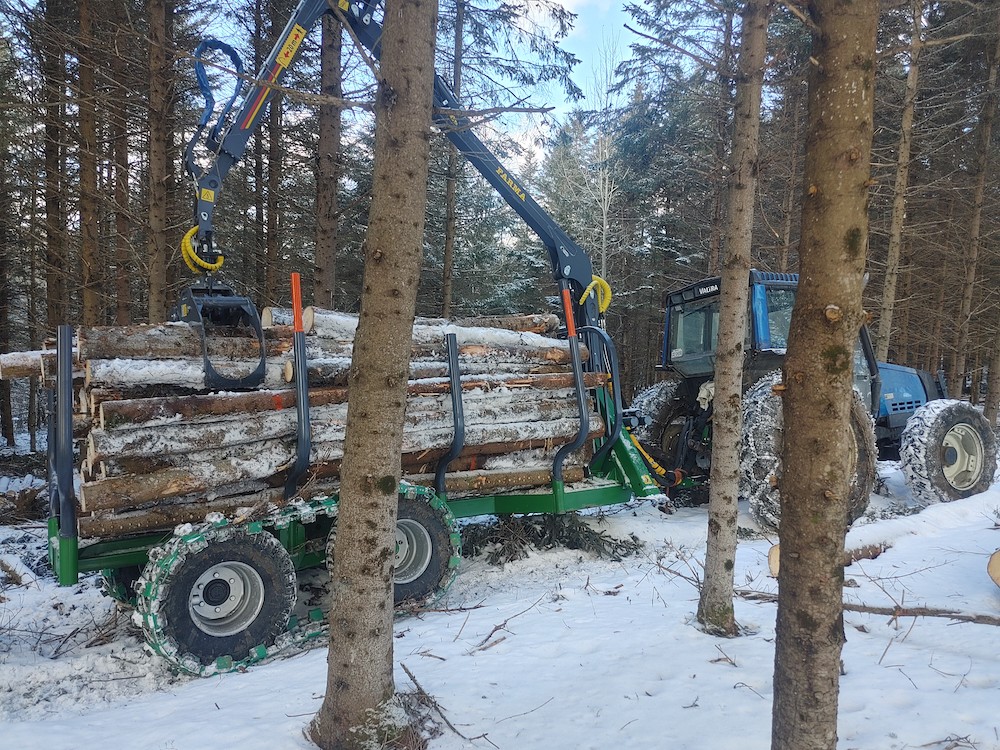 In connection with Fors MW’s 30th anniversary, FARMA is now launching drive as an option on all trailer sizes. The FARMA trailers can be equipped with traditional 4 WD Robson drive or Hydraulic drive black Bruin 2WD or 4WD.

Fors MW, which was founded by Leif Fors in 1992, is celebrating 30 years on the market this year. The first FARMA trailer was designed on the factory floor and the rest is, as they say, a success story. FARMA is today, 30 years later, one of the market’s best-selling brands by far, not only in Sweden but in many countries around the world.

With well-thought-out solutions, high quality and flexible trailers that follow in the tractor’s footsteps, FARMA has become the obvious choice of many forest owners. Over the years, our FARMA model program has grown and today we offer trailers from six-17 tons.