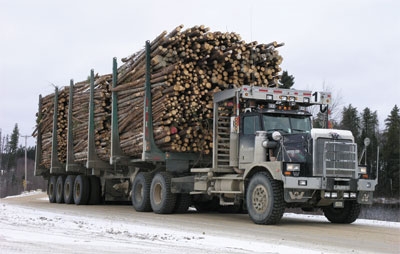 In a response to Mosaic Forest Management and the United Steelworkers Local 1-1937 request for temporary relief on log exports from private land, Courtenay-Alberni MP Gord Johns says that the federal government will not be making any changes to its log export policy, reports Alberni Valley News.

This comes after Mosaic said that this type of relief would assist them in starting up again after recent operation curtailments.

The request from Mosaic and USW was initially followed by an open letter serving from a diverse group of forestry companies operating in British Columbia’s coastal region that expressed their disapproval of Mosaic and USW’s recent agreement. Their argument states that the agreement between the two companies will reduce fibre availability for B.C. manufacturers.

“We have a commitment from the federal government that they won’t be making any changes around federal Notice 102 or circumnavigating the timber export advisory committee,” Johns said Friday (May 29) after attending the official opening of San Group’s HewSaw mill in Port Alberni, B.C.

“That’s good news because fibre that’s coming from our forests should be always given first access and priority to our local mills and processors and manufacturers.”