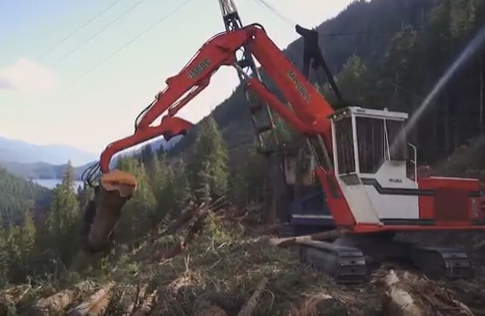 The five-episode series follows a logging crew near Prince Rupert and showcases the hard-working contractors in the logging industry.

“Sustainability is their goal with sustainability their livelihoods have a secure future,” the filmmaker, Severin Samulski, wrote in the YouTube description. “The best way I was explain it was their process of tree removal was large-scale farming with bigger tractors and in the mountains.”

Watch the episodes as they are released on the Samulski’s YouTube channel.