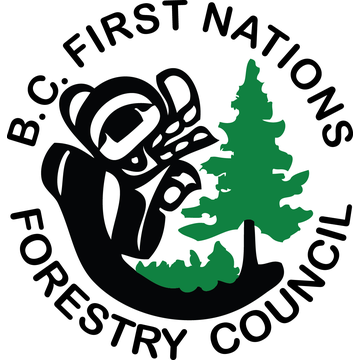 The Joint Agenda: Implementing the Commitment Document agreed to by the government of B.C. and the BC First Nations Leadership Council identifies forestry as one of the priority areas for changes to legislation, policy, and regulatory reform. As part of this change, in 2018 the B.C. Ministry of Forests, Lands, Resource Operations and Rural Development committed to the development of a revised B.C. First Nations Forest Strategy (the ‘Forest Strategy’) during regional engagement sessions held with First Nations.

The Forest Strategy has six goals that seek to increase the participation of First Nations in the forest sector, as well as the role they play in the governance and stewardship of forests lands and resources.

The second goal of the Forest Strategy speaks to the need to increase and revise the current revenue sharing model to more equitably share revenues derived from forest lands within First Nations territories.

Reconciliation requires a new fiscal relationship with First Nations that supports economic reconciliation, governance capacity, and the meaningful sharing of benefits derived from the use of forest lands and resources. This is not about gaming revenue. The forest economy has an important role to play in closing the socio-economic gap.

Over the last five years, B.C. shared $32 -$45 million of stumpage revenues collected in Forest Consultation and Revenue Sharing Agreements with First Nations. However, over that same period of time, the province collected between $600 million to $1.2 billion in stumpage revenues, of which only three – five per cent was shared with First Nations. Taking into consideration the $12 – $13 billion the forest industry has contributed to the provincial GDP since 2015, the amount shared with First Nations is less than one per cent.

In B.C.’s 2020 budget, the province has committed to sharing $154 million of stumpage revenue to support Forest Consultation and Revenue Sharing Agreements with First Nations over the next four years. This amounts to $38.5 million per year. But the province recently signed a $175 million five-year Reconciliation Agreement with the Carrier Sekani, effectively providing more revenue to seven of the 204 First Nations in British Columbia than the amount allocated to support revenue sharing with other First Nations in the 2020 budget.

While the B.C. government has signed some excellent reconciliation agreements with Nations such as the Carrier Sekani, Lake Babine, and shíshálh Nation, most First Nations are not being offered the same opportunities and resources. Forest Consultation and Revenue Sharing Agreements are “take it or leave it” agreements based on a revenue sharing model developed by the B.C. government that does not meaningfully share forest revenues derived from First Nations’ territories. In some cases, First Nations are provided with as little as $35,000.

Indigenomics is the collective economic response to the lasting legacy of the systemic exclusion of Indigenous peoples in the development of natural resources in Canada. It is the correcting of this truth that will support the implementation of the UN Declaration on the Rights of Indigenous Peoples (UNDRIP) and Bill 41. In November 2019, with the passing of Bill 41, the B.C. government must prepare and implement an action plan to achieve the objectives outlined in UNDRIP. In order to create a collective path forward, action that results in meaningful changes to the forest revenue sharing model to fairly share the benefits derived from forest lands and resources with First Nations is required.

Indigenomics serves as a platform for modern Indigenous economic design and reconciliation. Economic reconciliation is the space between the lived realities of Indigenous peoples, the need to build understanding of the importance of the Indigenous relationship, and the requirement for progressive actions for economic inclusion.

To support the implementation of the Declaration on the Rights of Indigenous Peoples Act (Bill 41) the current forest revenue sharing model needs to change from sharing less than five per cent to 50 per cent. Meaningful sharing of forest revenues with all First Nations – not just some – supports Indigenomics, economic reconciliation, and will assist First Nations in becoming full partners in the forest sector, creating a stronger, more diverse sector in British Columbia. This is Indigenomics.

Carole Anne Hilton, MBA, is the CEO and founder of The Indigenomics Institute. She serves on the B.C. Emerging Economy Task Force, the BC Indigenous Business and Investment Council and was the only Indigenous person appointed to the Canadian Economic Growth Council.