August 13, 2013 - The Migratory Birds Convention Act (MBCA) is an international treaty signed by Canada and the USA in 1917-18. Mexico joined later. Despite recent changes, it is out of date and needs review and revision.

The Convention was triggered by the extinction of the Passenger Pigeon, caused largely by “market” hunting. It protects migratory birds including ducks, geese, insect-eating songbirds and many other species. The original purpose was to protect birds from “indiscriminate slaughter” by commercial “market” hunting in spring and fall to supply feathers for women’s hats and feather boas.

The MBCA focuses on the protection of individual birds and nests, and states that no person shall harm or disturb any nest or kill, harm or take any bird or eggs. These prohibitions are enforced under criminal law.

In 1920 there were seven million people in Canada. The annual timber harvest was 30 million cubic metres. Logging in the winter with cross-cut saws and horses likely had little effect on bird populations. The MBCA had no effect on forest operations.

Times have changed. We now harvest 180 to 200 million cubic metres of wood each year. However, on average, annual operations during the nesting season affect only 0.25 per cent of Canada’s 400 million hectares of forest. We try to provide year-round employment for the people that operate complex and expensive harvesting equipment. Some inadvertent, incidental impacts on nesting birds are inevitable. Still, no one gets up in the morning with the intent to go out and kill songbirds.

Both government and resource management industries recognize that we are faced with an intractable problem. The Act is inflexible and cannot be amended easily. But the Minister of Natural Resources is able to create regulations to allow “incidental take.” We would support this action.

Mixed impact
There are 600 species of birds in Canada. The 60 species that use forest habitats can experience a variety of positive and negative effects from forest operations. Some species have specific habitat requirements. Other species, like the Canada Warbler, nest in a variety of stand types across Canada.

There may be opportunities to limit impacts. The Canadian Wildlife Service (CWS) is developing a Best Management Practices framework and R-Nest software, to provide information on nesting periods. We already train machine operators to scan trees for visible stick nests before felling. Forest certification programs require forest managers to take precautions to reduce impacts on wildlife, including birds, and plan operations to ensure a continuing supply of habitat for birds and other wildlife. The CWS acknowledges that a company that implements all these precautions “may” have the basis for a “due diligence” defence when brought to court. No operator wants to go to court. We need a practical solution.

The only certain way to comply with the law and avoid all risk of criminal charges is to delay harvesting operations until after spring break-up and the nesting season (from March 15 to Aug. 15, with regional variations). This will extend the spring layoff from 2.5 months to about five months. Imagine the cost of the additional downtime on woodlands equipment and the impacts of a five-month unpaid holiday on the labour supply. Social costs aside, the result would be a huge increase in seasonal unemployment and a burden on the Employment Insurance system.

How will we keep machine operators? Sawmills with a production of 50 million board feet per year would have to increase their spring stockpile of logs from 40,000 to 100,000 cubic metres at an additional cost of about $3 to $4 million. This would hardly be a contribution to efficiency and competitiveness in an industry already struggling with these issues.

Our operations create a shifting mosaic of forest stands that provide quality bird habitats in perpetuity. It will take political will, compromise and wisdom to solve this problem. Talk to your MP and start the process to deal with this problem before it becomes a legal issue for you and your operators.

Tony Rotherham is the executive director of the Canadian Association of Forest Owners and has a long career in forest operations across Canada and around the world. He can be reached at execdirec@cafo-acpf.ca. Final Cut is a guest column open to readers of CFI Magazine. Please contact asilverwood@annexweb.com with your ideas. 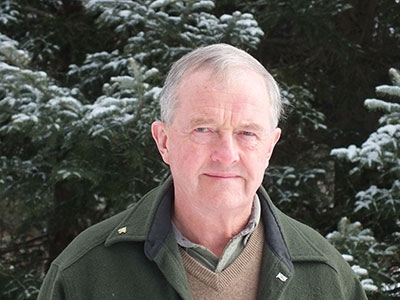 The Migratory Birds Convention Act (MBCA) is an international treaty signed by Canada and the USA in 1917-18.
Print this page