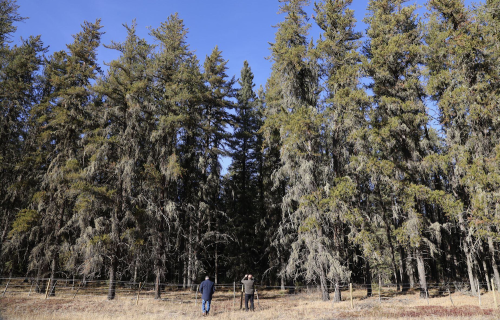 Finite Carbon, North America’s leading developer and supplier of forest carbon offsets, today announced that it has launched a forest carbon offset program in Canada that offers forestland owners and First Nations an opportunity to manage their lands to remove and store carbon dioxide, and receive revenue generated from the sale of the offsets.

The new program was created following the recent approval of the Methodology for Improved Forest Management (IFM) on Canadian Forestlands, by the American Carbon Registry (ACR). Finite Carbon is working with First Nations, Métis communities, and other Canadian forestland owners to address the climate crisis by removing and storing carbon in Canada’s vast forestlands.

“The Indigenous peoples of Canada have been stewards of these lands for generations,” said Sean Carney, CEO of Finite Carbon. “We’re grateful for their contribution and partnership in creating this important protocol for developing and verifying forest carbon offsets in Canada, which has passed the rigorous ACR peer-review process. This opens the door for other First Nations, Métis communities, and private Canadian landowners to earn revenues for forestry practices that restore our natural resources and remove carbon dioxide from the atmosphere.”

With 9 percent of the world’s forests in Canada, the country’s forestland owners are in a unique position to play a major role in the global effort to reduce greenhouse gas emissions. Now, with the approval of the new protocol, which provides a rigorous scientific framework for offset project development, registration and verification of emission reductions resulting from forest carbon projects on eligible Canadian lands, there is a new pathway for privately held Canadian forestlands to play a role in carbon reductions.

“The American Carbon Registry’s goal is to ensure the environmental and scientific integrity of carbon credits in order to accelerate transformational emission reduction actions,” said Kurt Krapfl, the Director of Forestry at ACR. “As a pioneer in harnessing the power of markets to drive climate action and deliver other benefits, we are proud that our new methodology has launched in Canada and hope that it helps set a high bar for the integrity of forest carbon credits.”

The ACR IFM methodology for Canadian Forestlands builds upon a methodology that is already widely used in the U.S. It is available to all Canadian forestland owners who are not subject to provincial or federal forest management regulations.