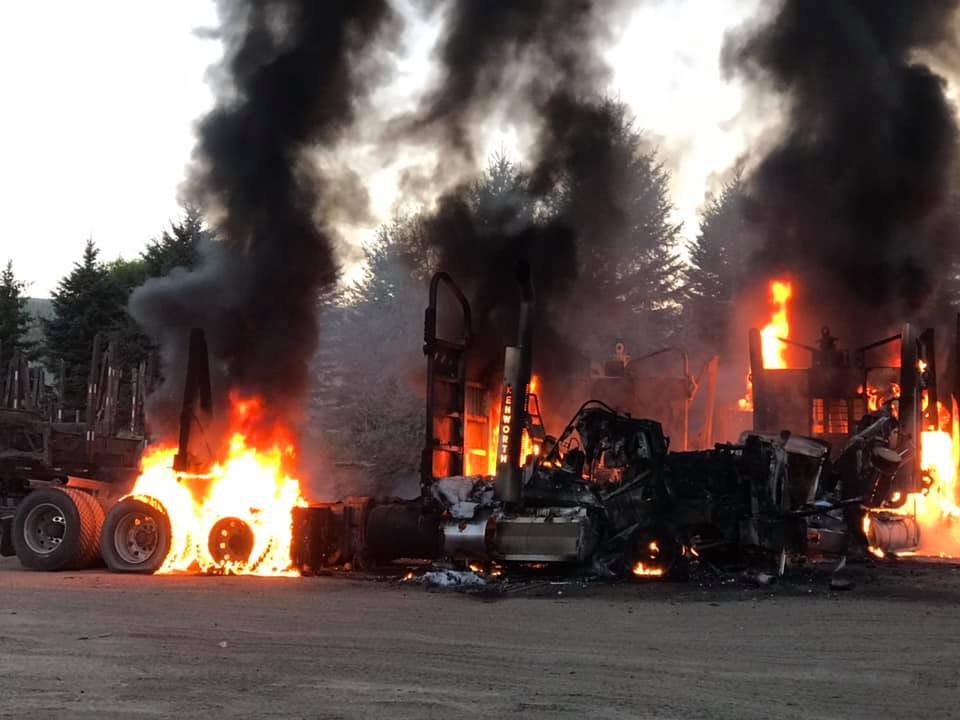 Kamloops, B.C.-based LeBeau Bros Logging lost three trucks to a fire. Several semis and logging trailers were affected by the blaze, which began Friday, May 10 around 8 p.m., when explosions were heard and smoke could be seen.

According to Global News, it is not known how much the company lost financially as a result of the fire.

Tracy LeBeau posted photos and video of the fire on the LeBeau Bros Logging Facebook page, and thanked members of the community who came out to fight the fire. No injuries were reported.